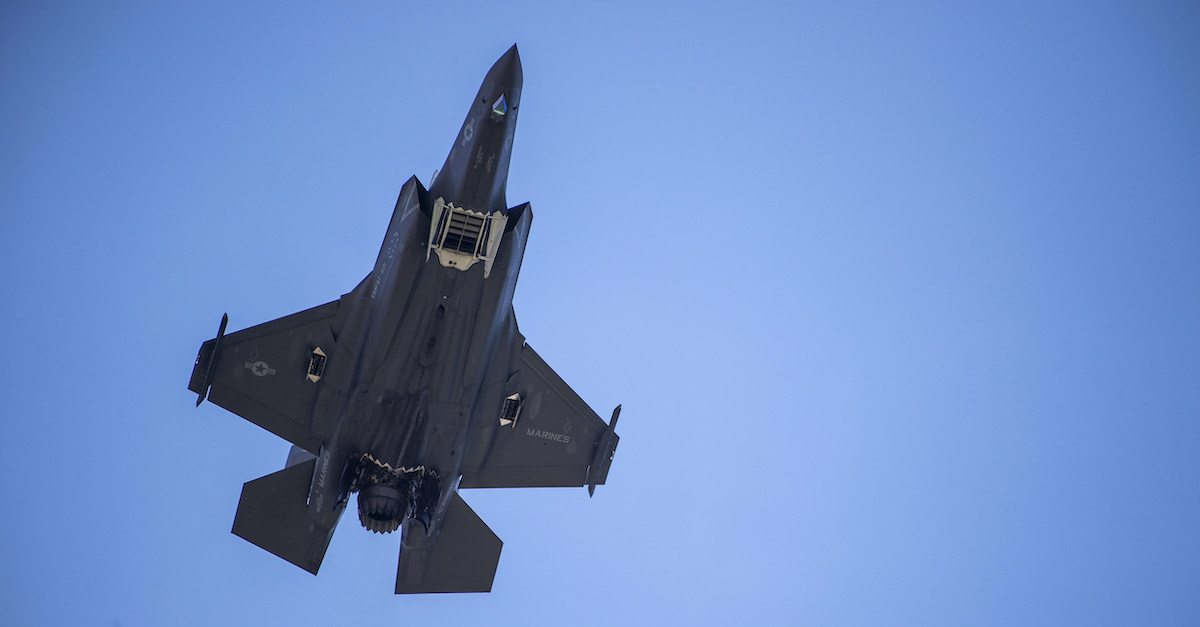 Former President Donald Trump pursued an arms deal with the UAE that included an F-35 fighter plane, the same kind seen here flying over the White House on June 12, 2019, in Washington, D.C.

The day after announcing the White House will be moving forward on what has been called Donald Trump’s biggest arms deal, President Joe Biden’s administration inherited a lawsuit meant to block the transaction: $23 billion in weapons to the United Arab Emirates, including an F-35 fighter jet, armed drones and bombs.

New York Center For Foreign Policy Affairs, a non-profit think tank, originally filed its lawsuit last year after former Secretary of State Mike Pompeo announced the massive sale on Nov. 10, seven days after Election Day. Most Senate Democrats voted against authorizing the sale a month later, but they failed to obtain a majority in a then-Republican-controlled chamber.

Seven days after his inauguration, Biden announced that he would pause the sale to review it, and the deal hung in limbo nearly four months, until the Huffington Post broke the news that the new administration would be moving ahead with it.

“While we will not comment on ongoing litigation, we can confirm that that the Administration intends to move forward with these proposed defense sales to the UAE, even as we continue reviewing details and consulting with Emirati officials to ensure we have developed mutual understandings with respect to Emirati obligations before, during, and after delivery,” a State Department spokesperson told the outlet on Tuesday.

“We are troubled that the Biden administration would allow this sale to proceed even after the State Department’s own Inspector General reported in 2020 that ‘the Department [of State] did not fully assess risks and implement mitigation measures to reduce civilian casualties and legal concerns associated with the transfer (of these weapons),'” the group’s principal director Justin Thomas Russell wrote in a statement. “We are troubled by the complete lack of transparency regarding the ‘review’ of the transaction with the UAE that President Biden himself announced back in January.”

The arms deal has raised the alarms of human rights advocates concerned about the UAE’s role in the civil war in Yemen, plagued by high civilian casualties and sparking what the United Nations called the “largest humanitarian crisis in the world, with more than 24 million people—some 80 per cent of the population—in need of humanitarian assistance, including more than 12 million children.”

The UAE committed more than 30 fighter jets to carry out airstrikes and naval ships to enforce the coalition’s maritime blockade, the lawsuit notes.

Represented by attorney Matthew M. Collette, from the firm Massey & Gail LLP, the group wants a federal judge to declare that the arms sale violated the Administrative Procedure Act. The State Department did not immediately respond to an email requesting comment on the amended complaint.