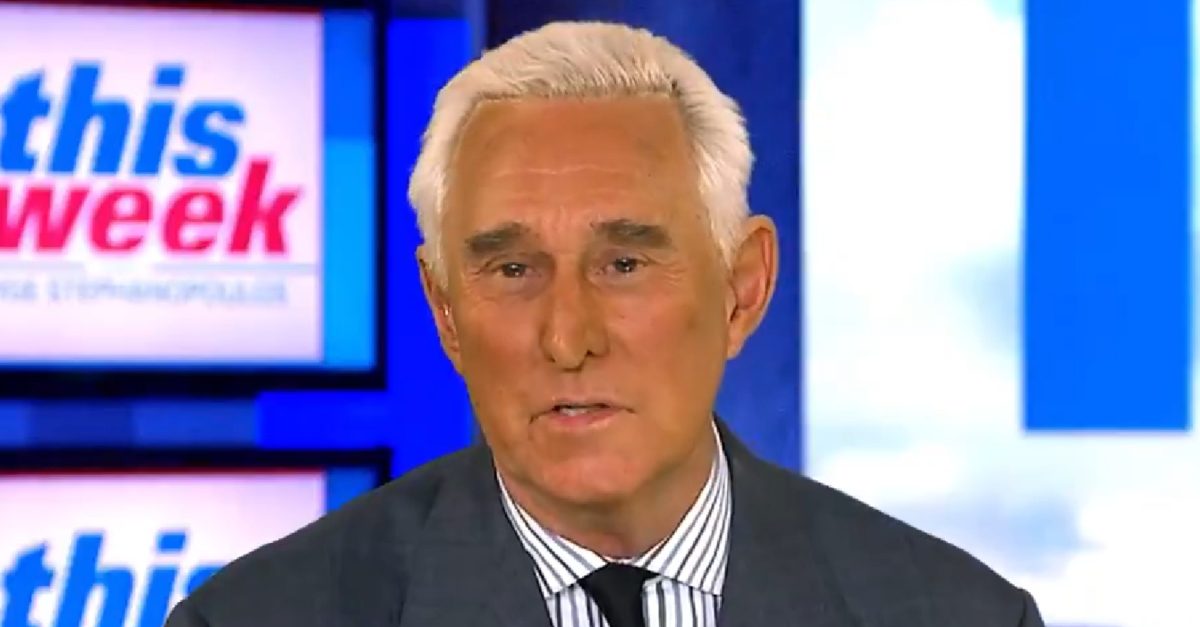 Roger Stone, the former advisor to President Donald Trump currently awaiting trial on charges that he lied to federal investigators, tampered with witnesses, and obstructed justice, filed a petition on Friday challenging his court mandated gag order proscribing him from using social media in any capacity.

Attorneys for Stone filed the petition seeking a writ of mandamus directly with the D.C. Court of Appeals. It argues that the gag order imposed upon Stone last month by United States District Judge Amy Berman Jackson, which also indirectly applies to Stone’s associates, violates the First Amendment rights to free speech of Stone and his surrogates. A writ of mandamus is an order from a court to an inferior government official ordering the government official to properly fulfill their official duties or correct an abuse of discretion.

According to the petition, Stone’s wife Nydia B. Stone, his step-daughter Adria Stone, and his cousins Jeanne Rouco-Conesa and John Bertran have all ceased from posting any messages in support of Stone due to their fear that such conduct will negatively impact his criminal trial and cause Stone to be incarcerated.

Jackson issued an initial gag in February prohibiting Stone from making any public statements about the case after he posted a photograph on Instagram of the judge with crosshairs on it. Despite Stone’s later apology, Jackson warned that he would face serious consequences if he disobeyed the order.

However, after finding that several of Stone’s subsequent social media posts ran afoul of the court’s order, Jackson in July ordered Stone to cease his use of social media altogether and described his situation as “more to do with a middle school than a court of law.”

But Stone’s attorneys responded to Jackson Friday, arguing that her order was patently unconstitutional.

“Like all court orders that actually forbid speech activities, gag orders are prior restraints,” Stone’s attorney wrote. “In addition, the gag orders are content based—limiting the topics open for discussion and ideas or messages which can be expressed—creating another presumption of unconstitutionality.”

Stone then claimed that the government failed in its burden to show that restricting his speech, and the speech of his family and associates, would fulfill a compelling government interest which would justify the curtailing of their constitutional rights.

“No compelling interest justifies prohibiting, inter alia, Roger Stone from “post[ing] or communicat[ing] on Instagram, Twitter, or Facebook in anyway on any subject. . . .” (July 16, 2019 Minute Order) or chilling the speech of his family members because Roger Stone’s liberty might be compromised by their words. No compelling interest justifies preventing Stone from speaking about his case,” the petition reads.

The petition also pointed out that because Stone’s freedom was at stake, his rights — and those of his family — to speak freely in his defense were of the utmost importance.

“The irony of the recent total speech ban on Stone and his family members is that he, and they, are forced ‘into a posture of passivity at a time when they have every right to be outspoken,’ especially when Stone has been the subject of thousands of articles relating to his prosecution,”  it concludes.