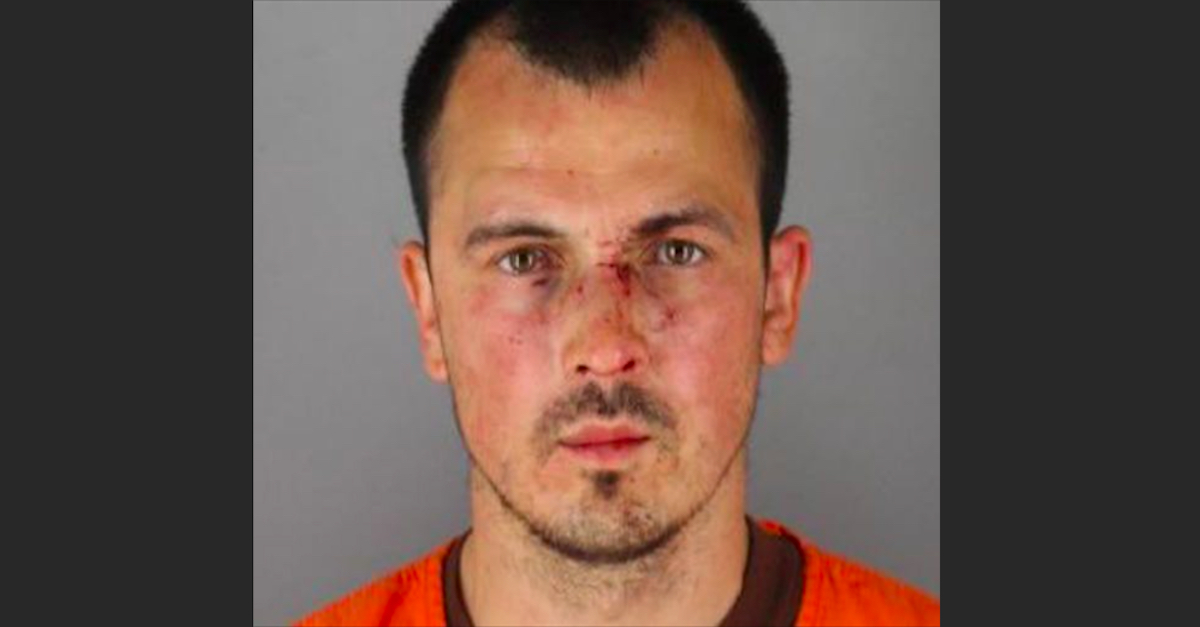 A truck driver who drove his rig through a large crowd of demonstrators protesting the death of George Floyd on a Minnesota highway last summer will no longer face criminal charges, provided he does not get into trouble with the law for the next year, multiple news outlets reported Friday

Bogdan Vechirko, 36, and prosecutors in Hennepin County reached a deal—called a continuance without prosecution agreement—under which the state will not move forward with the two charges brought against Vechirko in October 2020. He was charged with one felony count of making threats of violence and with one count of criminal vehicular operation, which is a gross misdemeanor.

Video of the incident went viral last year, particularly in light of the social justice demonstrations that swept the nation over the summer. Footage from a nearby traffic camera showed a gathering of several hundred protesters on the Interstate 35W bridge suddenly split apart as Vechirko’s oil rig came barreling through, nearly hitting several people. However, Vechirko did not make it all the way through the crowd of demonstrators, many of whom then turned their anger on him and his vehicle, hitting the truck with solid objects, scaling the large rig, and hitting Vechirko multiple times, causing cuts to his face and neck.

Vechirko told authorities that he was “kind of in a hurry” coming back from delivering fuel in Minneapolis and did not intend to endanger anybody or to drive into protesters, the Star Tribune reported. His attorney Mark Solheim said at the time that his client “relied on his professional instinct and training to avoid a hard brake that could have jackknifed the truck and could have seriously injured or killed thousands of people, and instead slowed his vehicle while maneuvering through the parted crowd.”

Prosecutors argued that the driver should have known to slow down and stop because there were several hundred people standing in the road without moving for multiple minutes and investigators concluded that his intention was to “scare” protesters.

Bennett Hartz, a protester who was on the bridge when Vechirko drove through the demonstration, testified that he suffered severe emotional distress which persists to this day, according to the Star Tribune. Hartz reportedly told the court that he still experiences nightmares and jumps at loud noises such as fireworks, saying it was a “miracle” no one was seriously injured.

According to a report from local news outlet Bring Me The News, the terms of the continuance without prosecution agreement state that the charges against Vechirko will be dropped on June 18, 2022, provided that during that time he remains a “law abiding” citizen, refrains from committing any traffic violations stemming from careless or reckless driving, doesn’t make contact with any of the victims identified in police reports, and completes three counseling sessions focused on victims’ concerns. According to the Star Tribune, Vechirko has already completed two of the required counseling sessions. He also may be required to pay restitution.