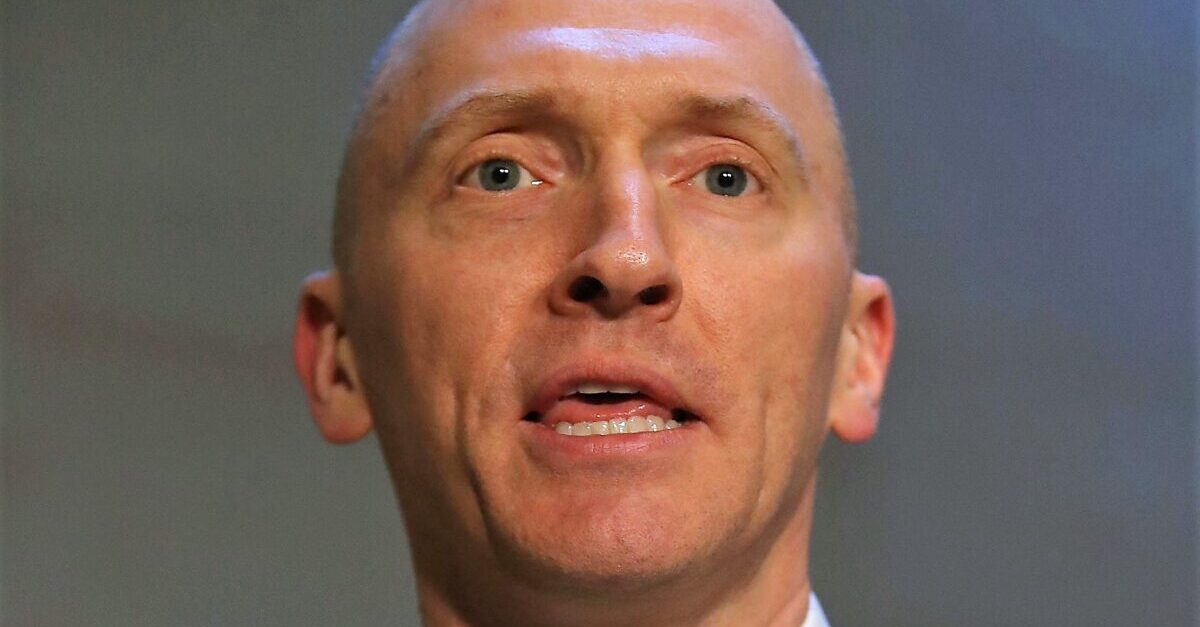 Carter Page, a former foreign policy adviser to the 2016 campaign of President Donald Trump, on Monday filed a new lawsuit against Oath, Inc., the corporate parent of Yahoo! News and the Huffington Post.  The suit, filed in Delaware, names the same defendants and makes similar claims to a suit Page filed in federal court in New York in 2017.  The New York case was dismissed because the claims failed as a matter of law, a federal judge wrote.

“This action is brought against multi-billion-dollar media company Oath, Inc., which negligently published false, and defamatory statements of and concerning Dr. Page without privilege and published the statements with actual knowledge of falsity or with a reckless disregard of truth or falsity,” the opening salvo says.  Here’s more:

Dr. Page is an innocent individual whose entire way of life was shattered as a direct result of being defamed and falsely branded as a traitor to his country by the Defendant’s media brands. He was allegedly secretly plotting with Russian leaders to sabotage the 2016 Presidential Election and give “aid and comfort” to Russian President Putin’s efforts to “weaken” America. Such criminal acts of treason against the United States are punishable by a death penalty. These false accusations against Dr. Page, a law abiding and patriotic former U.S. Navy officer, were devastating: overnight he was defamed and thrown onto the world stage as a traitor.

The staggering 141-page lawsuit directly links to a Sept. 23, 2016 Yahoo! News article which is the crux of the complaint.  According to the claims made in the lawsuit:

The 2016 Yahoo Article included a wealth of categorically and objectively false, misrepresentive, and unverified statements and information compiled by Orbis Business Intelligence Ltd. (“Orbis”), a private company in London, created on behalf of Fusion GPS, a mercenary investigative firm. Fusion GPS, in turn, curated this information on behalf of, and with input from, its clients: Perkins Coie LLP and the Democratic National Committee (“DNC”), who conspired to use their resources and invent a fictitious claim about hypothetical “collusion” between the Russian government and the campaign of then-candidate for President Donald Trump.

The lawsuit accuses the media defendants of publishing information they knew was untrue in order to drive revenue.  The timing — the immediate lead-up to the 2016 election date — was critical, the lawsuit says:

Yahoo! was aware of the excited state of the political climate in the run-up to the 2016 U.S. Presidential Elections. Further, as with any media report, Yahoo! understood that the more sensational and salacious, the greater the potential to exploit the heated political climate to increase viewer and readers by millions of people throughout the world, thereby creating enormous advertising revenue for the publisher.

Yahoo! was motivated by an intent to harm Dr. Page because it possessed actual knowledge of Dr. Page’s association with the Trump election campaign and knew its lies about Dr. Page serving Russia’s interests would create sensationalism and garner massive attention. As stated above, Yahoo! knew that publishing the 2016 Yahoo Article and branding Dr. Page a traitor to his country would do immense and permanent damage to Dr. Page’s reputation, standing in the community, and business prospects. Yahoo! further knew that having these false allegations published worldwide would inflict tremendous personal humiliation and mental anguish upon Dr. Page. In order to effectuate its ill will towards Dr. Page, Yahoo! consciously, deliberately, and callously disregarded Dr. Page’s legally protected interest in his person and reputation to such an extent that the publication of the 2016 Yahoo Article was nothing less than willful, wanton, and intentional misconduct and intentional character assasination [sic].

John Pierce, who is lead counsel on the case, told Law&Crime via email that the media defendants “mounted a vicious, sustained, and deliberate campaign of lies to cast Dr. Page – a patriot who has always put serving the interests of the United States above all else – as a traitor to his country.”

“You can expect to be shown that, from the very start, Yahoo! News and HuffPost knew that everything they were publishing about Dr. Page was false, and that Yahoo! News and HuffPost deliberately ignored all the tenants of ethical journalism in the pursuit of advertising revenue and political advantage,” Pierce said.  “Finally, you can expect to be shown that Dr. Page – a private citizen no different than any other American – was targeted by a multi-billion dollar corporation, and that every other American is a potential target for such media malfeasance.”

Lin Wood, who recently represented Covington Catholic High School’s Nick Sandmann in a plethora of media lawsuits, is also on the case.

The defendant media operations did not comment about the litigation to Fox News.

READ the documents below.

This piece began as a breaking news report; it has since been updated.