What's Next for Britney Spears After Jamie Spears Petition?

Britney Spears’s Father Has Filed a Petition to End Conservatorship. Here’s What Might Happen Next. 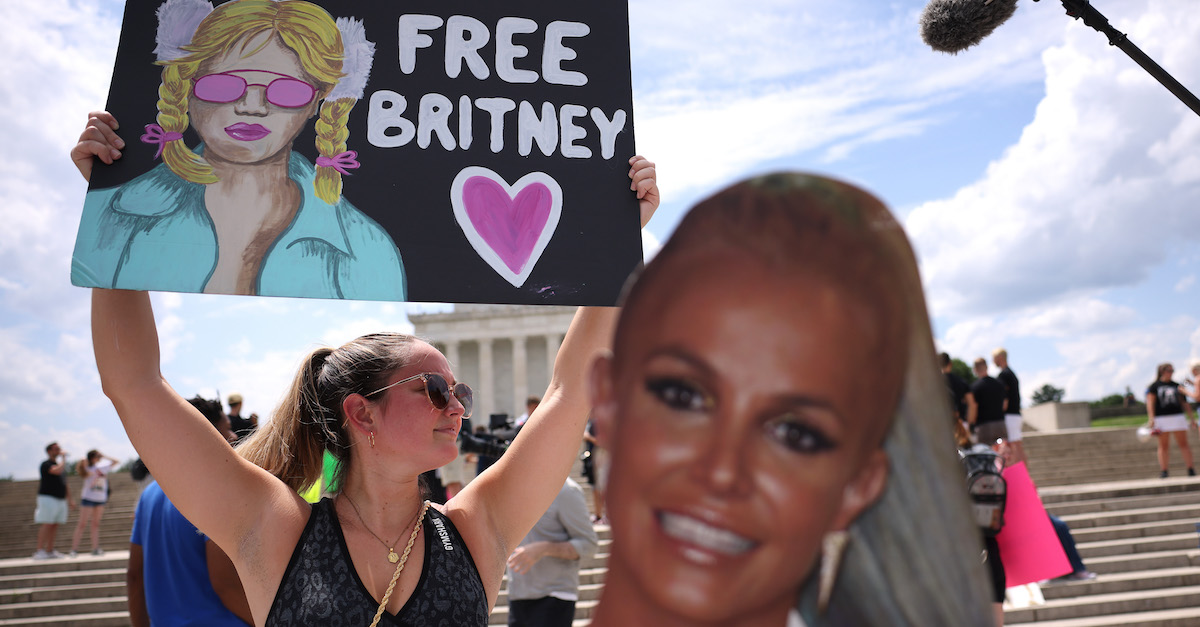 Just less than a month after agreeing in principle to step down as his pop-star daughter’s conservator, father Jamie Spears has filed a formal petition backing up that commitment, but legal experts note that the 13-year-and-counting battle is far from over for Britney Spears.

A quick glance at the case docket reveals as much: Judge Brenda J. Penny has scheduled a hearing on Sept. 29 to consider the pop star’s petition late last month to suspend or remove her father as conservator of the estate.

“This is just step one, because they still haven’t formally requested that the conservatorship end,” Abrams said on Good Morning America on Aug. 13.

Follow-up steps transpired in rapid order in the subsequent weeks: Britney Spears’s attorney Mathew S. Rosengart, a former federal prosecutor the pop star hired following a public fight, petitioned to suspend and remove his client’s father from the conservatorship in a passionate filing.

“The only question before the Court—which has, unfortunately, been lost for years—is whether Mr. Spears’s prompt suspension and removal are in best the interests of Britney Spears,” Rosengart wrote on Aug. 30, answering that question with a bold-faced, italicized, and underlined “yes.”

Rosengart quoted Judge Penny’s description of the conservatorship’s purpose during a hearing this past June 14: “it’s not about anybody else, it’s about her,” referring to Britney Spears.

Holding nothing back against his client’s father, the former prosecutor accused Jamie Spears of attempting to engage in an “unacceptable and extortionate quid pro quo” by trying to set preconditions on his suspension and removal.

“Mr. Spears’s blatant attempt to barter suspension and removal in exchange for approximately $2 million in payments, on top of the millions already reaped from Ms. Spears’s estate by Mr. Spears and his associates, is a non-starter,” Rosengart wrote.

Jamie Spears has overseen his daughter’s finances and controlled much of her life since 2008, the year she was involuntarily committed to a psychiatric ward amid a tabloid-chronicled cycle of erratic behavior.

Jamie Spears’s petition, which has not yet been made public electronically, reportedly urged the court to “now seriously consider whether this conservatorship is no longer required.”

Though she called the father’s statement “significant,” Harris noted that the judge has the ultimate authority here to determine whether the conservatorship remains needed.

“[Jamie Spears’s statement is] an important piece of the story,” but that doesn’t “abdicate liability for [Jamie’s] role if there is abuse found” and that doesn’t “necessarily mean the end of Britney Spears’s conservatorship,” Harris told Law&Crime. “The judge has to act.”

She also noted that it does not necessarily mean the end of Britney Spears’s conservatorship, an outcome which her attorney has not yet formally requested.

Under California law, the professor noted, Britney Spears would be entitled to a trial by jury, a decision that would bring in an unparalleled amount of sunlight into her case. The scholar added that such a degree of transparency would be a boon for the disabled more broadly.

“The first thing I want to say is that Britney Spears’s case is a disability rights case, first and foremost,” Harris told Law&Crime. “This is about a group of people beyond just Britney Spears, and having said that, one of the reasons we’ve seen such traction in this case is because we have seen such publicity.”

Indeed, that facet of the Spears saga is why the American Civil Liberties Union’s Disability Rights Project attached itself to the case — arguing successfully that Britney Spears should be able to hire her own lawyer.

“Sunlight and Transparency and Accountability”

Considering the harsh rhetoric in her latest brief, Britney Spears could potentially consider a civil action against her father alleging that he abused his position as a conservator. That would likely be a protracted and public ordeal, if taken.

“What we would expect to see there is kind of the classic route of a civil case, and you’d have the filing,” Harris said in the interview. “You’d have a complaint. You’d have a discovery period. You’d have the ability to set a trial date. Likely, given the statistics of which cases actually go to court, it would be unlikely that if we saw this go to the complaint and discovery phase, that we would actually see it go to trial. It’s going to be a likely settlement.”

Whatever course Spears takes, her penchant for increasing sunlight could change public access for similar proceedings.

“She said, ‘I want to talk about this,'” Harris noted. “So I think there’s a real disconnect between what we perceive as society to be public and private information—and the need to be very paternalistic in the disability context.”

For Harris, the pop star’s uncommon degree of openness about her lithium and therapy treatments also upends traditional notions of personal and medical privacy in such cases. She also argued that the turn in Spears’s fight was made possible by public interest and could bring accountability to a system damaged by stigma surrounding mental health.

“When we lack the kind of sunlight and transparency and accountability, we get cases like Britney Spears,” Harris said.

Counsel for Jamie Spears did not immediately respond to Law&Crime’s request for comment.

Read the Aug. 30th petition below: