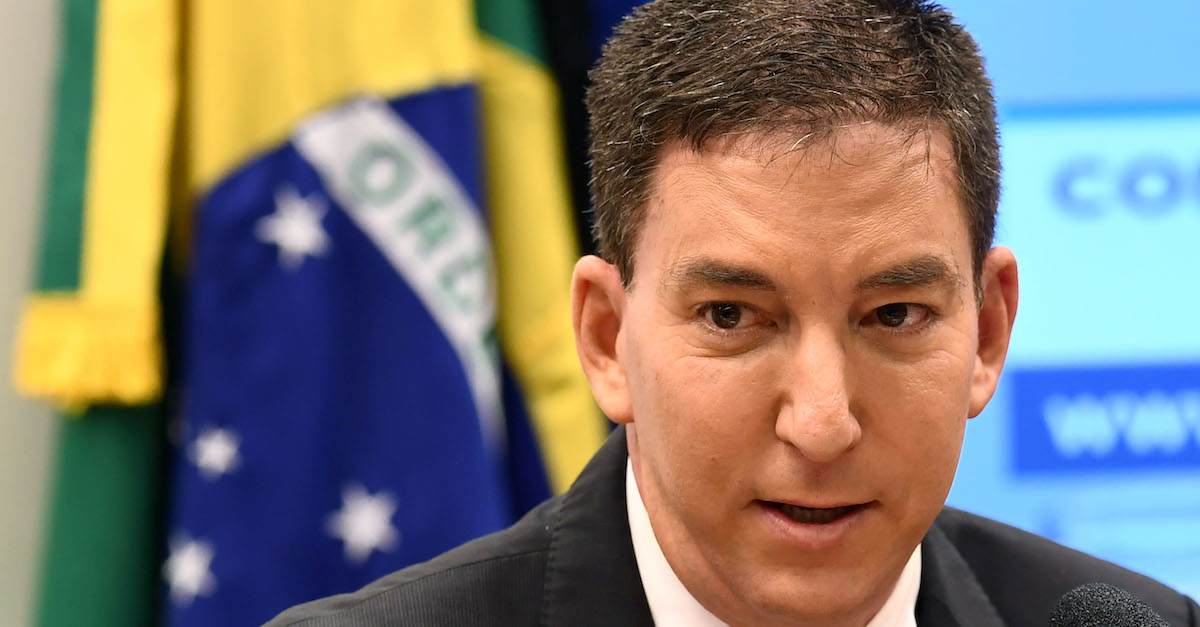 Journalist Glenn Greenwald, a founder and editor of The Intercept website, has reportedly been charged by prosecutors in Brazil for alleged “cybercrimes.”

Per the New York Times:

In a criminal complaint made public on Tuesday, prosecutors in the capital, Brasília, accused Mr. Greenwald of being part of a “criminal organization” that hacked into the cellphones of several prosecutors and other public officials last year.

The Intercept Brazil, a news organization Mr. Greenwald co-founded, has published several stories based on a trove of leaked messages he received last year.

It appears that the charges stem from embarrassment these revelations caused authorities in Brazil. Greenwald told the Daily Beast in a statement that this was a “tyrannical” attempt by the Brazilian government to silence him and other journalists.

“This denunciation—brought by the same prosecutor who just tried and failed to criminally prosecute the head of the Brazilian Bar Association for criticizing Minister Moro—is an obvious attempt to attack a free press in retaliation for the revelations we reported about Minister Moro and the Bolsonaro government,” he said. “It is also on an attack on the Brazilian Supreme Court, which ruled in July that I am entitled to have my press freedom protected in response to other retaliatory attacks from Judge Moro, and even an attack on the findings of the Federal Police, which concluded explicitly after a comprehensive investigation that I committed no crimes and solely acted as a journalist.”

“We will not be intimidated by these tyrannical attempts to silence journalists. I am working right now on new reporting and will continue to do so. Many courageous Brazilians sacrificed their liberty and even life for Brazilian democracy and against repression, and I feel an obligation to continue their noble work,” Greenwald continued.

The reaction to the news was unanimous concern for Greenwald’s well-being in the face of a “totalitarian” threat.

This is despicable, dangerous and a crime against journalism. https://t.co/ap5rbvuH1O via @NYTimes

Solidarity with Glenn Greenwald and his family https://t.co/LN8Bt8mS2e

this is really bad https://t.co/RvlPyiCevm

This is utterly, completely fucked up. Shows how weak the Brazilian government is. @ggreenwald is many things, but a hacker ain't one of 'em. https://t.co/AR2rB6NEIS

Outrageous, but not out of character for the far-right, criminal government that @ggreenwald has so bravely exposed. https://t.co/qwACflC0n3

The Brazilian Supreme Court ruled a few months ago that the Bolsonaro admin *must* drop its investigation into @ggreenwald and @TheInterceptBr because it violated their press freedom rights.

This is almost certainly garbage. One of the proofs of Glenn Greenwald’s value to journalism is that his work genuinely bothers people with power. https://t.co/HOjMyjtJDP

Note: This is the same federal prosecutor, Wellington Divino Marques de Oliveira, that attempted to charge the president of the Brazilian Bar Association (OAB) for libeling Justice Min. Sergio Moro. That similarly spurious case was rejected by a judge. https://t.co/hzvDznD5L0

Important context for arrest of ⁦@ggreenwald⁩ — Brazilian President Bolsonaro has been threatening Greenwald for a long time because of his aggressive and excellent journalism https://t.co/lmuvs3v2dA