Board of Elections Torpedoes Attack on Andrew Cuomo’s Post-Resignation Campaign Payments: ‘His Conduct Fits the Definition of Candidate’ 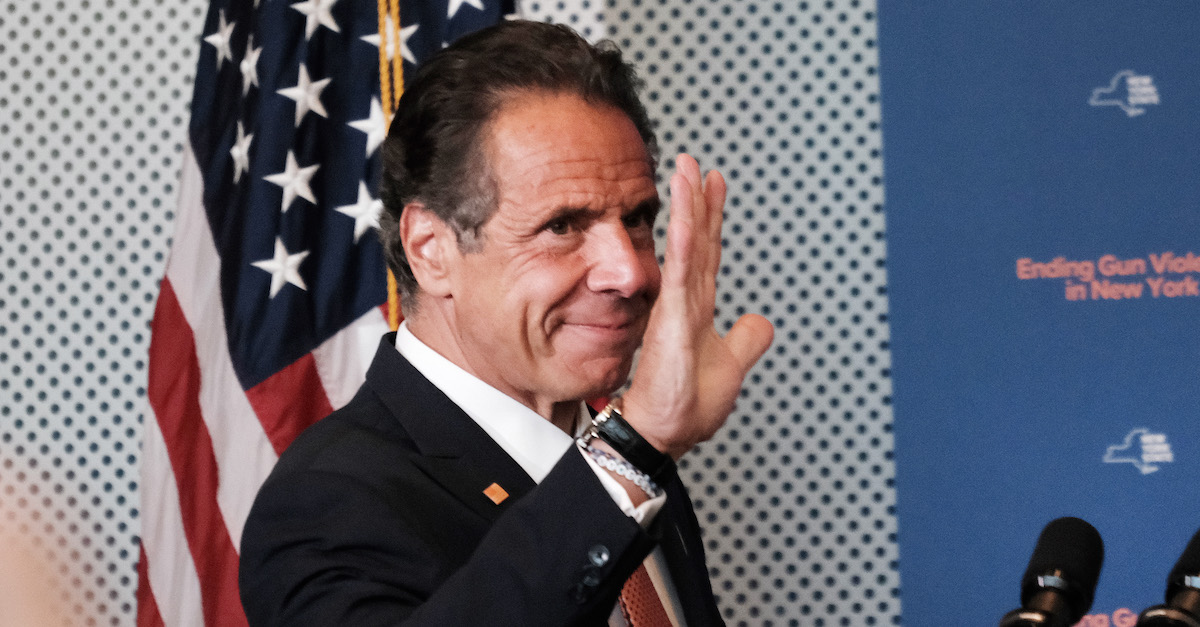 A New York State election oversight official has rubbished a complaint against former Gov. Andrew Cuomo (D). At issue in the complaint was whether Cuomo’s alleged use of campaign money for attorneys’ fees and for a spokesperson to discuss matters pertinent to his time in office was illegal. It was not, the Chief Enforcement Counsel for the New York State Board of Elections determined.

According to a ruling that was shared by Cuomo spokesperson Rich Azzopardi on Monday, Michael L. Johnson, the aforementioned official with the board, said election law section 14-130 was on Cuomo’s side. It reads as follows:

Contributions received by a candidate, or a political committee, may be expended for any lawful purpose. Such funds shall not be converted by any person to a personal use which is unrelated to a political campaign or the holding of a public office or party position[.]

“[O]n its face, there is nothing unlawful about expending campaign funds for a political consultant or for the services of a communications professional,” Johnson added. “Thus, the appropriateness of the expenditure at issue here turns on whether it is exclusively for former Governor Cuomo’s personal benefit or made in connection with or related to a political campaign.”

And, here, Johnson said, it was not illegal.

“New York Election Law places no restriction on when a political committee must terminate or dispose of its funds (except for death of the candidate),” Johnson said. “Similarly, nothing requires that the candidate declare the office he is seeking, or the election year, before his campaign committee may receive contributions or expend campaign funds.”

“Paying a communications consultant is not included in the statutory prohibited list,” Johnson noted. “Nor is retaining counsel.”

“Here, the campaign funds at issue were used to pay a communications consultant – a common campaign purpose,” Johnson continued.  “It is a purpose not unlike the campaign marketing services at issue in [a cited advisory opinion], and would similarly likely be assumed to be proper.”

“[A]lthough former Governor Cuomo has not announced any explicit plan to run for a specific public office, his conduct fits the definition of candidate set forth in Election Law,” Johnson continued. He elucidated further:

New York Election Law does not prohibit a former office holder, or anyone else from using campaign funds to test the waters for a future political candidacy. Campaign committee funds could be used, for example, for polling, for political ads, and/or to pay for the professional services of a trusted longstanding advisor and “crisis communications professional”, such as Azzopardi, to repair the harm to a former office holder’s reputation and pave the way for a future candidacy.

“[T]here is not sufficient evidence here to sustain a violation of Election Law § 14-130 and therefore there is not a sufficient basis to refer this matter for criminal prosecution,” Johnson wrote.  “Based on the foregoing, this matter is now closed.”

“Once again Albany insiders made allegations that laws were broken in an attempt to create headlines and advance their political agenda only to have those actually in charge of enforcing the law determine that no violation took place,” Azzopardi said in a statement. “Happy Groundhog’s Day.”

The complaint against Cuomo was filed by “Common Cause NY, League of Women Voters NYS, NY Public Interest Research Group, and Reinvent Albany,” the document itself says.

As recently as March 3, Reinvent Albany demanded action on the elections complaint against Cuomo.

“Healthy democracies do not have people running around with $16 million that they are using to destabilize elections, threaten, bully and get their way,” said John Kaehny of that organization. “That’s not OK at all.”

Back in August 2021, Reinvent Albany seemed to portend its own inability to go after the now-former governor.

“Unfortunately, the law does not sufficiently distinguish between ‘personal use and ‘[related] to a political campaign or the holding of a public office or party position,'” the group noted in a blog post. “This leaves candidates largely free to blend the personal and political.”

The Board of Elections decision is reproduced fully below: