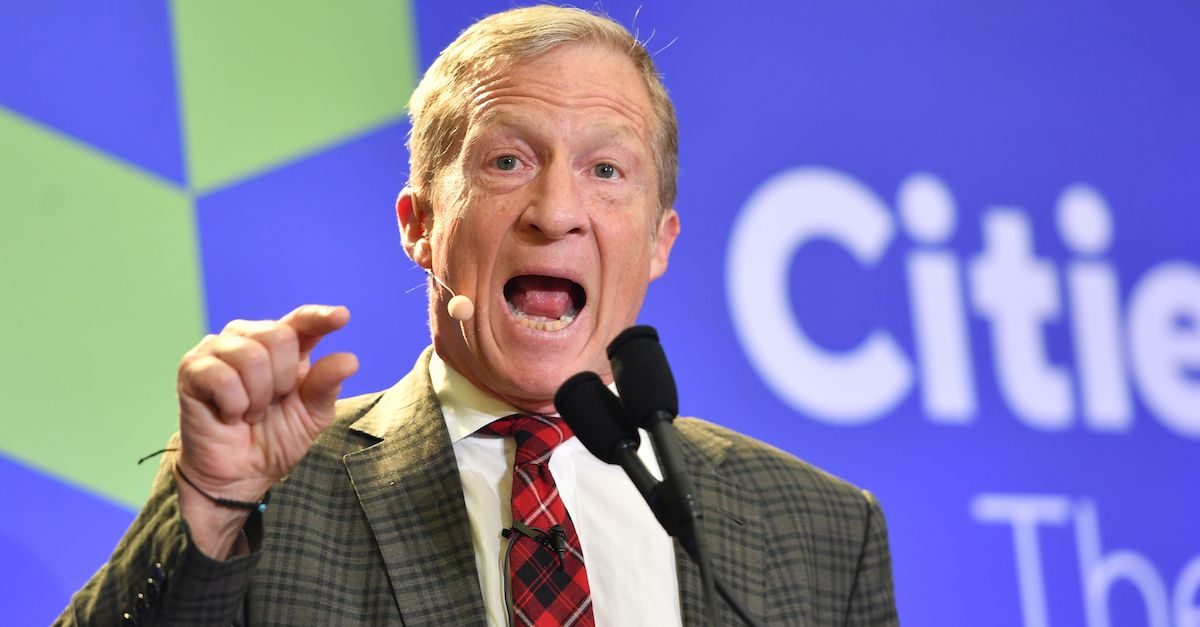 A top aide for the Tom Steyer campaign in Iowa allegedly promised to donate to the campaigns of local politicians if they agreed to endorse his long-shot bid for the Democratic nomination.

According to multiple people who spoke with the Associated Press, Pat Murphy, the former head of the Iowa House of Representatives, has privately floated the offers to several state campaigns while serving as one of the Steyer campaign’s top advisors. The AP did not uncover any evidence of politicians accepting the offer.

Karin Derry, a member of the Iowa House of Representatives told the AP that Murphy did not overtly make her campaign a “quid pro quo” offer, as no amounts were discussed, but she said his intentions were clear.

“It was presented more as, he has provided financial support to other down ballot candidates who’ve endorsed him, and could do the same for you,” she told the news organization.

Former Iowa state senator Tom Courtney confirmed that someone from the Steyer campaign did approached him with such an offer in his bid for re-election, but refused to identify the staffer. Courtney said the Steyer aide told him, “Now you know how this works…you help them and they’ll help you,” adding that the encounter “left a bad taste” in his mouth.

Murphy said any concerns about his discussions with local politicians were simply the result of a “miscommunication.”

Steyer’s press secretary Alberto Lammers responded that Murphy did not have the authority to offer or distribute the campaign’s funds and that campaign leadership was not aware he was engaging in such conduct.

“Our campaign policy is clear that we will not engage in this kind of activity, and anyone who does is not speaking for the campaign or does not know our policy,” Lammers said. Lammers said Steyer’s campaign has not made any contributions to individual candidates in Iowa and will not be making any such contributions for the remainder of the year.

Murphy later made a separate statement about the matter, saying, “as a former legislator, I know how tricky the endorsement process can be for folks in Iowa.”

“It was never my intention to make my former colleagues uncomfortable, and I apologize for any miscommunication on my part,” he said.