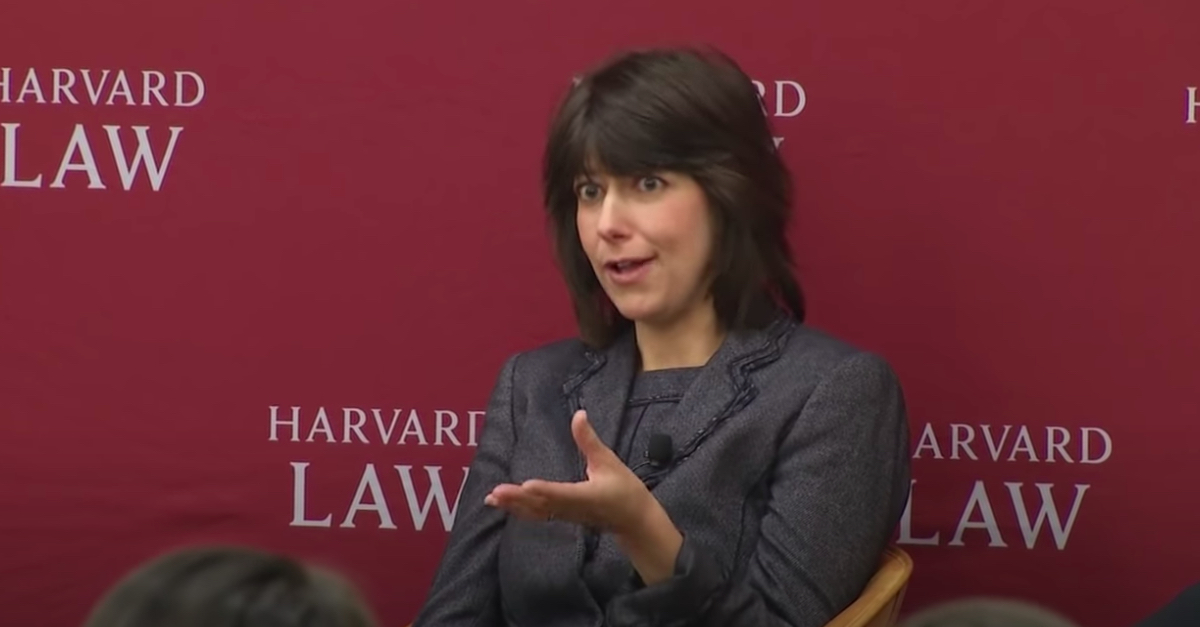 President Joe Biden on Wednesday announced that he was nominating acting U.S. Solicitor General Elizabeth Prelogar to take over the role permanently, making her likely to become only the second woman to ever hold the position.

Prelogar is a veteran appellate attorney who has been in the acting role since January and previously served as assistant to the solicitor general from 2014 to 2019. The Harvard Law graduate also served as an assistant special counsel to Robert Mueller during the former FBI Director’s investigation into Russian election meddling from 2017 to 2019. Prelogar was part of the team that put together the case against former Trump campaign chairman Paul Manafort.

After graduating from law school, Prelogar clerked for then-Circuit Judge Merrick Garland on the U.S. Court of Appeals for the D.C. Circuit—often referred to as “the second most powerful court.” Garland is, of course, the current attorney general of the United States. Prelogar then completed a pair of clerkships at the Supreme Court, where she worked for Justices Ruth Bader Ginsburg and Elena Kagan. Kagan was the first ever Senate-confirmed female solicitor general, serving in the role under Barack Obama from 2009 to 2010.

Prior to pursuing a career in the law, Prelogar earned a master’s degree in creative writing at the University of St. Andrews in Scotland.

Born and raised in Idaho, Prelogar went to undergraduate school at Emory University, where she completed degrees in English and Russian. She is a fluent Russian speaker.

According to a report from CNN, Prelogar helped Mueller’s investigative team develop legal strategies and was responsible for drafting “principal sections” of the final Mueller Report. Following her stint on Mueller’s team, Prelogar briefly delved back into private practice where she was a partner at the Washington, D.C.-based law firm Cooley LLP.

If confirmed as U.S. solicitor general, Prelogar will be the federal government’s top advocate in arguing cases at the Supreme Court and will help set the Biden administration’s broader legal strategy.

While Prelogar is likely to be confirmed by the Senate, The Washington Post on Wednesday reported that she was not the administration’s first choice for the role.

People said to be familiar with the situation told the Post that Biden was initially going to select California Supreme Court Justice Leondra Kruger for solicitor general. Widely regarded as being on the short-list for a potential U.S. Supreme Court appointment, Kruger reportedly turned down the offer.