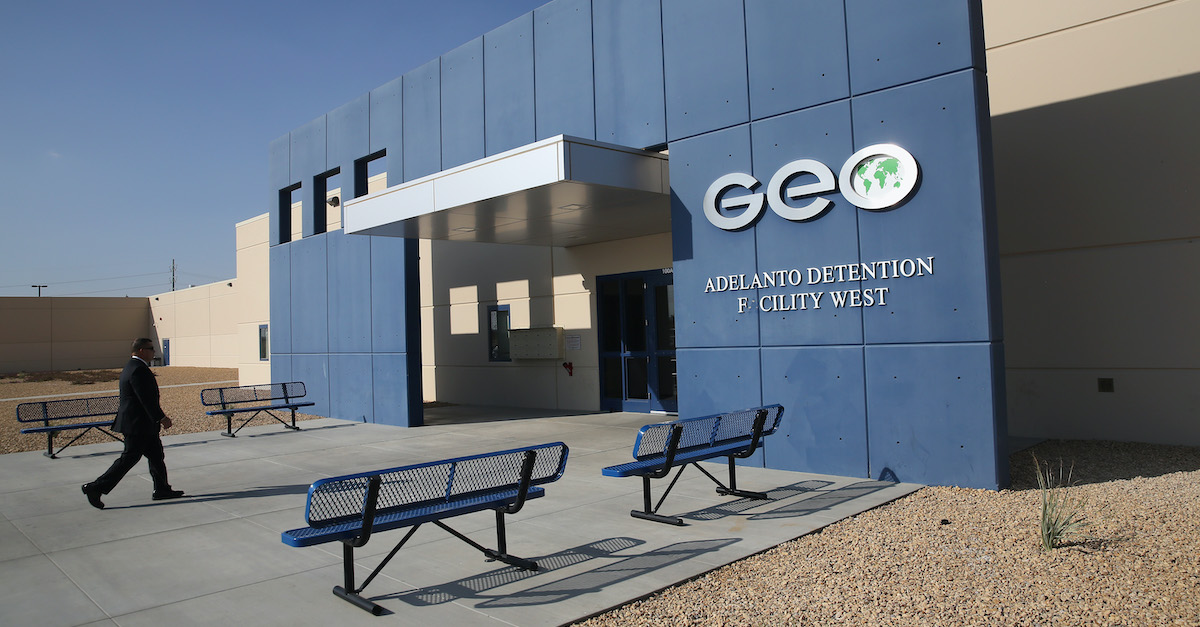 Backing the Geo Group’s effort to overturn a California law banning for-profit immigration detention centers, an attorney for the Biden administration’s Department of Justice urged the Ninth Circuit to strike down what he called the state’s “extreme” statute.

“No business should profit from the suffering of desperate people fleeing violence,” Biden declared in his immigration platform, starkly contrasting his position from his predecessor’s.

Taking a remarkably different stance in court on Monday, Biden’s Department of Justice went to a federal appeals court in Pasadena asking a panel of judges to block a California Assembly Bill 32, barring his administration from contracting with Geo Group and other private contractors in that state.

“If we picture states throughout the country deciding for various public policy reasons that they’re going to be—maybe not even as extreme as this—but that they are going to make it difficult or in this case impossible for the federal government to contract to perform its operations,” that would be a “pretty extraordinary thing,” Stern argued.

“This is pretty extraordinary in and of itself, and again, California offers no instance—none—in which anything like this has ever been sustained,” he added.

“The law is an exercise of the state’s sovereign authority and does not violate the Supremacy Clause,” Boutin told the three-judge panel.

“These facilities create threats to the health and welfare of these detainees,” she added. “There is a well documented record of that, and that was the purpose of this law.”

“So, minors, people with mental health issues, people in rehabilitation centers, halfway houses, California is not concerned with their health and safety?” Bade asked pointedly.

Boutin replied that California is “absolutely concerned” about the health and safety of those people but there is not the same record evidence of the same problems existing.

The distinction may be academic: When U.S. Circuit Judge Kenneth Lee, another Trump appointee, asked whether California had any private facilities in operation, Boutin answered no.

The American Civil Liberties Union also argued in court in favor of California, its Governor Gavin Newsom and its attorney general Xavier Becerra. The group’s lawyer argued nothing in the U.S. Constitution barred California’s action.

“The Framers of our Constitution vested all legislative powers in Congress alone,” the ACLU’s lawyer Jordan Wells said. “This appeal centers on a highly consequential federal policy, yet the plaintiffs cannot locate any plausible positive authority for the sprawling system of privately run ICE detention centers.”

“Congress clearly authorized USMS to use private detention facilities in limited circumstances, such as where the number of USMS detainees in a given district exceeds the available capacity of federal, state, and local facilities,” Sammartino wrote, granting a limited injunction barring application of the law to that agency.

Kirk echoed the Biden administration’s claim that allowing states to dictate the federal government’s contracting practices would be a slippery slope.

The Ninth Circuit reserved decision on the matter.