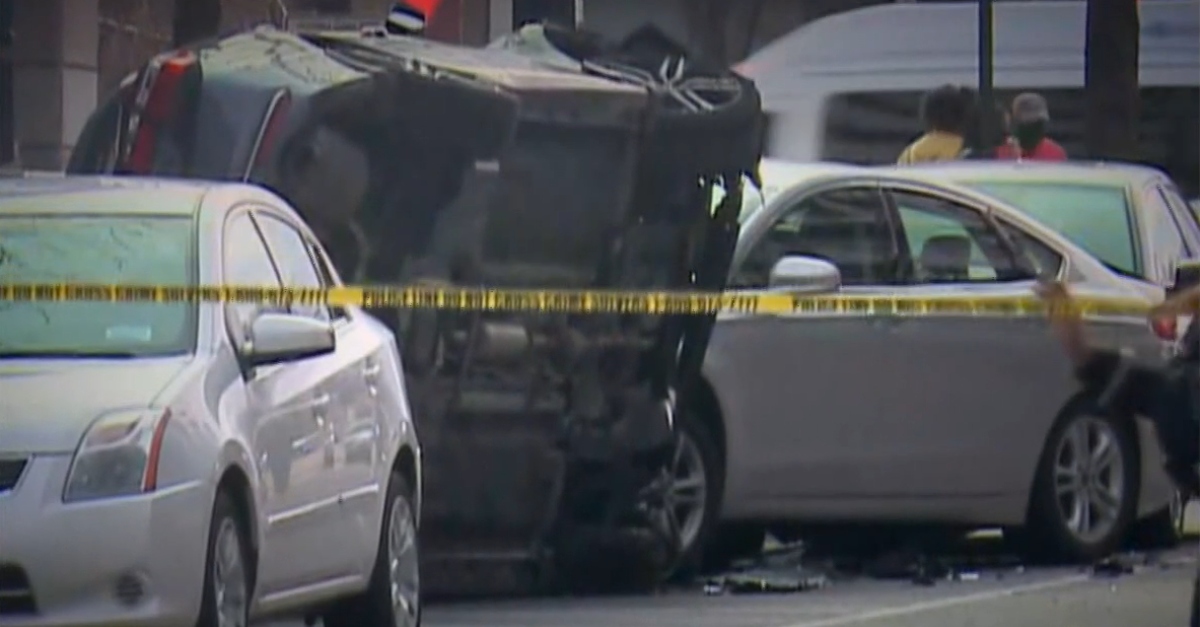 A 15-year-old girl received the maximum sentence allowable for her role in the second-degree murder of an Uber Eats driver and grandfather. She must spend the next six years in a youth detention facility, as she must be released on her 21st birthday, a local news outlet in Washington, D.C. reported on Friday.

Pakistani immigrant Mohammad Anwar, 66, was killed by the girl and her 13-year-old co-defendant during a botched carjacking on March 23.

Neither of the teens’ names have been publicly disclosed as both are minors.

At the girl’s sentencing hearing, Anwar’s family took turns weeping as they recounted their slain relative as an “angel” who built himself up from humble origins and always sought to help others, according to the local CBS outlet WUSA9.

The teens attacked Anwar using a Taser and attempted to drive off with his car on March 23, D.C. police have said. As seen on graphic video, Anwar held on between the driver’s seat and the open door while his vehicle sped down the street. The car crashed, tipping over onto the driver’s side. The teens managed to climb out of the open passenger door alive, while Anwar was dying on the sidewalk.

Judge Lynn Leibovitz minced no words for the 15-year-old. She called the attempted carjacking and murder an “unthinkable crime,” saying it was “incomprehensible’ for a child to be “unfeeling,” according to WUSA9.

Anwar picked up the teens on March 23, 2021 to give them a ride, prosecutors said. The 15-year-old climbed into his seat at one point, however. Anwar called for help, but the girl lied to passersby, claiming it was her mother’s car.

“There is so much our family has endured because of you,” Anwar’s niece told the 15-year-old at the sentencing hearing. “In these few months since March 23, we were literally at the cemetery for his burial, when we learned a video of the incident was uploaded to the internet, and went viral quickly after, including in Pakistan, which is half a world away. I cannot begin to tell you how agonizing and devastating it is to watch your loved one die so violently, and have the world view it as entertainment on websites like Worldstar Hip Hop and TMZ. There are nights we cannot sleep as the horrific video replays in our heads over and over and over again. We are haunted by the image of his broken, crumpled body lying on the pavement, and him struggling to move. It is incredibly heartbreaking to watch the respondents lack empathy, and immediately cry out for their cell phones, while he is laying literally at their feet.”

The 15-year-old’s attorney Edward Shacklee maintained that his client was remorseful and cried at the police station.

The hearing was held remotely. A person at the youth facility asked for a pause because the 15-year-old was crying.

“No matter how much stuff I’ve been through, I never wanted to hurt someone,” the teenager said in an apology to Anwar’s family. She would take back what happened if she could, she said.

The 13-year-old girl pleaded guilty last week to second-degree murder. Her sentencing is set for July 6, the judge said at Friday’s hearing.