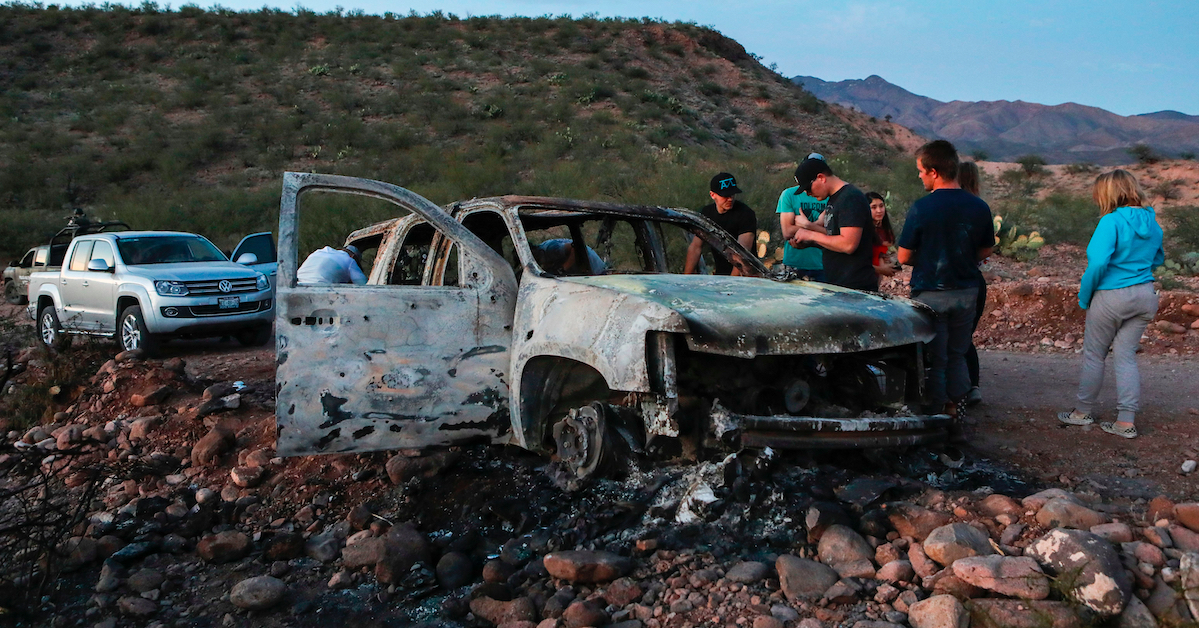 Authorities in Mexico arrested a municipal police chief Friday in connection with the Nov. 4 slaughter of three women and six children from a Mormon family in northern Mexico, according to reports from several local media outlets.

A federal official confirmed to Reuters that Fidel Alejandro Villegas, the director of public safety in the municipality of Janos, was taken into custody on suspicion of being involved in a massacre authorities believe was carried out by drug cartel hitmen.

Nicknamed “El Chiquilin,” Villegas was reportedly long-suspected of having ties to Mexican organized crime, though his alleged role in the murders is not yet clear.

Mexican officials believe the women and children, all of whom were part of the extended LeBaron family and maintained dual U.S.-Mexican citizenship, were killed in an ambush while traveling in three separate cars. Several gunmen opened fire on the vehicles, which were then burned.

The LeBaron family reportedly came to Mexico nearly 100 years ago to escape persecution after the Church of Jesus Christ of Latter-day Saints in Salt Lake City, Utah started stopped allowing members of the church to practice polygamy, according to NBC News.

Under immense pressure from the Trump administration to bring the killers to justice, Mexican President Andres Manuel Lopez Obrador requested FBI assistance in the investigation.

Mexican authorities arrested three other individuals earlier this month in connection with the murders.

The November massacre was not the first time members of the LeBaron family have had tragic run-ins with drug cartels. In 2009, 16-year-old Eric LeBaron was kidnapped by a local cartel and held for $1 million ransom before being released. However, a few months later a local drug lord ordered the assassination of Benjamin LeBaron, who was killed along with his brother-in-law.