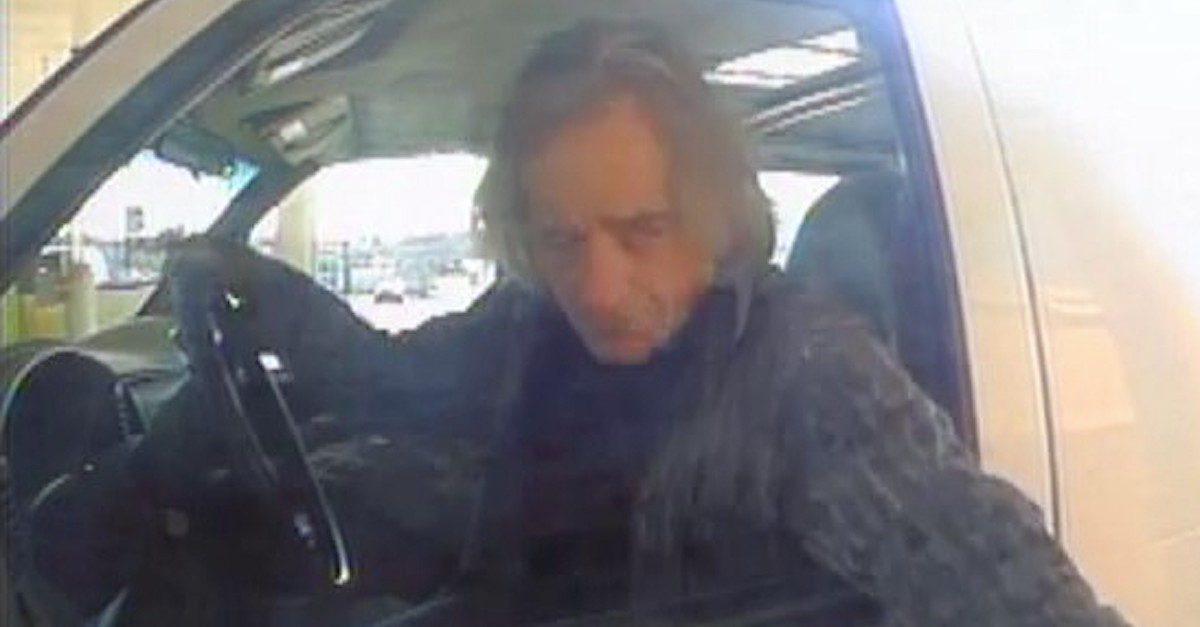 Two key people warned Nashville police that bombing suspect Anthony Quinn Warner, 63, of Antioch, Tenn., was building a bomb in his RV slightly more than 16 months before a Christmas Day blast rocked part of the city, injured several people, and limited AT&T communications across several states. The warning came from a woman describing herself as Warner’s girlfriend, according to police reports made public Thursday night and Wednesday morning, and from an attorney who told police he represented both the girlfriend and Warner.

The girlfriend, Pamela Perry, told police “that her boyfriend,” the “suspect” (Warner), “was building bombs in the RV trailer at his residence,” the police report dated Aug. 21, 2019 reads.

Critically, though, the report also said that an attorney, Raymond Throckmorton III, was the one who called police in the first place. Police released audio of the phone call Wednesday morning via YouTube.

The call proceeded as follows. When the 911 call center asked for the address of the emergency, Throckmorton said, “well, I’m not exactly sure; let me explain to you what I’ve got.”

“I’m an attorney here in Nashville, have been about 30 years,” Throckmorton said, before identifying himself via name and via his personal cell phone number.  “I have a client who has called me this morning, and her full legal name is Pam—Pamela Perry—and she has made a number of threats about her own life.”

Throckmorton then provided a Syfert Lane address in Nashville where he believed Perry was located.

“I am on my way to that address right now. She is armed. She has firearms. She has told me that this morning. She is supposedly with the firearms on the front porch.  But I can tell you that if a bunch of police cars and ambulances pull up with sirens wailing and lights flashing that she will shoot herself.  So, I need a police officer to meet me over there where maybe I can diffuse this situation,” Throckmorton said.

The dispatcher told the attorney that he should not go directly to Perry’s house but rather should meet officers nearby. The two discussed what Perry’s house looked like and gave a physical description of Perry.

“She has threatened to take her own life, and she has also given me information about another resident of that part of Nashville who is, um, I think also got some mental and emotional problems who is allegedly building bombs in his house on Bakertown Road, which is right off of Antioch Pike, and I have reason to believe there might actually be more truth to what she’s telling me about him than what she’s telling me about herself,” Throckmorton said.

He then said he did not have the exact address on Bakertown Road where this other resident lived. The remainder of the call discussed the logistics of where Throckmorton would meet an officer to proceed further to the scene.

On the call, Throckmorton did not provide additional details on what may have immediately precipitated or led up to his decision to place the call.

The police report explains what happened after officers and Throckmorton met where the girlfriend lived.

According to that document, Throckmorton also told officers on the scene that “he is an attorney who represents” both Perry and Warner and that Warner “frequently talks about the military and bomb making.”

Throckmorton told the police that “he believes that the suspect knows what he is doing and is capable of making a bomb,” the police report says.

From there, officers went to Warner’s residence at 115 Bakertown Lane, the report says. It describes futile attempts to ascertain additional information:

Police knocked on the door but did not receive an answer. Police observed that there was an RV trailer in the back yard but the yard was fenced off and police could not see inside the RV. Police also observed that the location has several security cameras and wires attached to a alarm sign on the front door. Police attempted several times but could not get the suspect to open the door and police did not have contact with him.

The report says “supervisors” and other investigatory divisions of the department were notified. No photos were taken.

In a press release dated Wed., Dec. 30, 2020—five days after the explosion—Nashville Police said the officers “saw no evidence of a crime and had no authority to enter [Warner’s] home or fenced property.”

The press release contains zero mention whatsoever of whether the police attempted to secure a warrant.

According to the press release, the day after officers had contact with Throckmorton, Perry, and attempted to contact Warner, Nashville Police sent Warner’s information and their narrative report about possible bomb-making activities “to the FBI to check their databases and also determine whether Warner had any prior military connections.”

“During the week of August 26, 2019, the Hazardous Devices Unit made contact with attorney Throckmorton,” the backwards-looking press release of Dec. 30, 2020 continues. “The recollection of that call is that Warner did not care for the police, and that Throckmorton would not allow his client to permit a visual inspection of the RV.”

Legally, it is not unreasonable for an attorney who represents a client who comes under police scrutiny to demand a warrant be issued for such a search.

Nashville police did not immediately respond to Law&Crime requests for clarification on whether or not a warrant was sought.

“At no time was there any evidence of a crime detected and no additional action was taken,” the press release concludes.  “No additional information about Warner came to the department’s or the FBI’s attention after August 2019. The ATF also had no information on him.”

The Tennessee Bureau of Investigation said Warner was “not on [the] radar,” according to a report by The Tennessean.

DNA recovered from tissue samples found at the scene of the blast was “consistent” with Warner’s DNA, the FBI said on Dec. 27, indicating that Warner died in the blast.

However, two key exceptions may apply here. The first exception allows (but does not require) attorneys to “reveal information relating to the representation of a client to the extent the lawyer reasonably believes necessary . . . to prevent the client or another person from committing a crime, including a crime that is reasonably certain to result in substantial injury to the financial interest or property of another.”

The second exception is mandatory. It states that an attorney “shall reveal information relating to the representation of a client to the extent the lawyer reasonably believes disclosure is necessary . . . to prevent reasonably certain death or substantial bodily harm.”

Tennessee’s professional conduct rules differ from model rules promulgated by the American Bar Association. The ABA’s model rules, which have been codified either in whole or in part by most states, do not require that attorneys reveal information.

Throckmorton did not immediately respond to phone calls from Law&Crime placed to several different numbers listed under his name.

The recent Nashville police press release dated Dec. 30, 2020 release said that two pistols observed during the Aug. 21, 2019 interaction with Perry “were not loaded” and belonged to Warner. Perry told the officers “she did not want them in the house any longer,” the release said. Perry voluntarily submitted to a psychological evaluation and left her home by ambulance for that purpose.

Editor’s note: this report has been updated to distinguish Tennessee’s rules of professional conduct from those of the ABA.