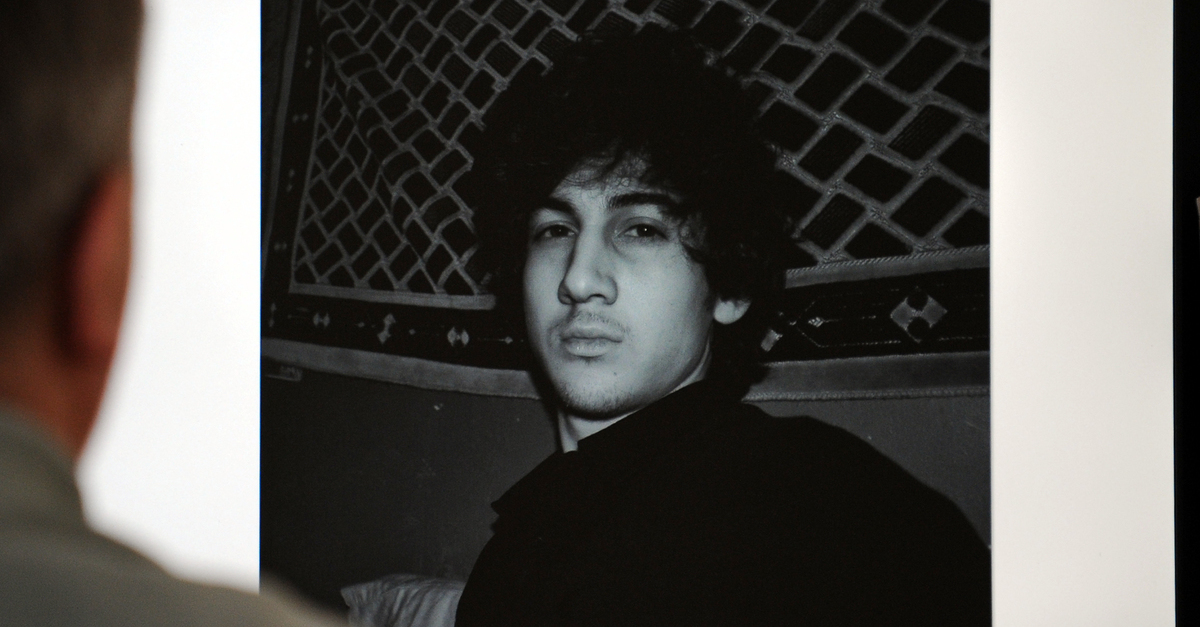 A panel of three judges on the First Circuit Court of Appeals has vacated multiple death sentences for convicted Boston Marathon bomber Dzhokhar Tsarnaev.  In so doing, the court dismissed several underlying convictions, but not all of them: “Dzhokhar will remain confined to prison for the rest of his life, with the only question remaining being whether the government will end his life by executing him,” the judges said, hoping their message was “crystal clear.”  Elsewhere, the judges repeated their command to make sure their decision was not misinterpreted:  “make no mistake: Dzhokhar will spend his remaining days locked up in prison, with the only matter remaining being whether he will die by execution.”

A new death penalty phase has thus been ordered in the case.

The original jury decided that Tsarnaev deserved six death sentences and an additional eleven life sentences for the 2013 attacks which shut down the largest city in New England and resulted in a terrifying search for the attackers.

Here is how the court described the backdrop of the events in Boston:

Together with his older brother Tamerlan, Dzhokhar Tsarnaev detonated two homemade bombs at the 2013 Boston Marathon, thus committing one of the worst domestic terrorist attacks since the 9/11 atrocities. Radical jihadists bent on killing Americans, the duo caused battlefield-like carnage. Three people died. And hundreds more suffered horrific, life-altering injuries. Desperately trying to flee the state, the brothers also gunned down a local campus police officer in cold blood. Reports and images of their brutality flashed across the TV, computer, and smartphone screens of a terrified public — around the clock, often in real time. One could not turn on the radio either without hearing something about these stunningly sad events.

Dzhokhar eventually got caught, though Tamerlan died after a violent confrontation with the police.

Indicted on various charges arising from these ghastly events, Dzhokhar stood trial about two years later in a courthouse just miles from where the bombs went off. Through his lawyers, he conceded that he did everything the government alleged. But he insisted that Tamerlan was the radicalizing catalyst, essentially intimidating him into acting as he had.

The appeals court judges pointed to “extensive and sensational” pretrial publicity — which was not adequately dealt with during jury voir dire or during motions for a change of venue.  The judges said the local jury pool was “neither impartial nor indifferent” in the case on account of the attention it received.

Also problematic, the appeals court judges ruled, was the trial judge’s decision to “let stand three of Dzhokhar’s convictions for carrying a firearm during crimes of violence.”  That area of law was “complex” and “changing,” the appeals court ruled.  The analysis of this issue is highly technical; among the problems the judges grappled with was that “the Supreme Court invalidated” a similar law “as unconstitutionally vague” just days after Dzhokhar was sentenced.

READ the court’s opinion below.

Editor’s note:  this piece began as a breaking news report; it has been since updated.