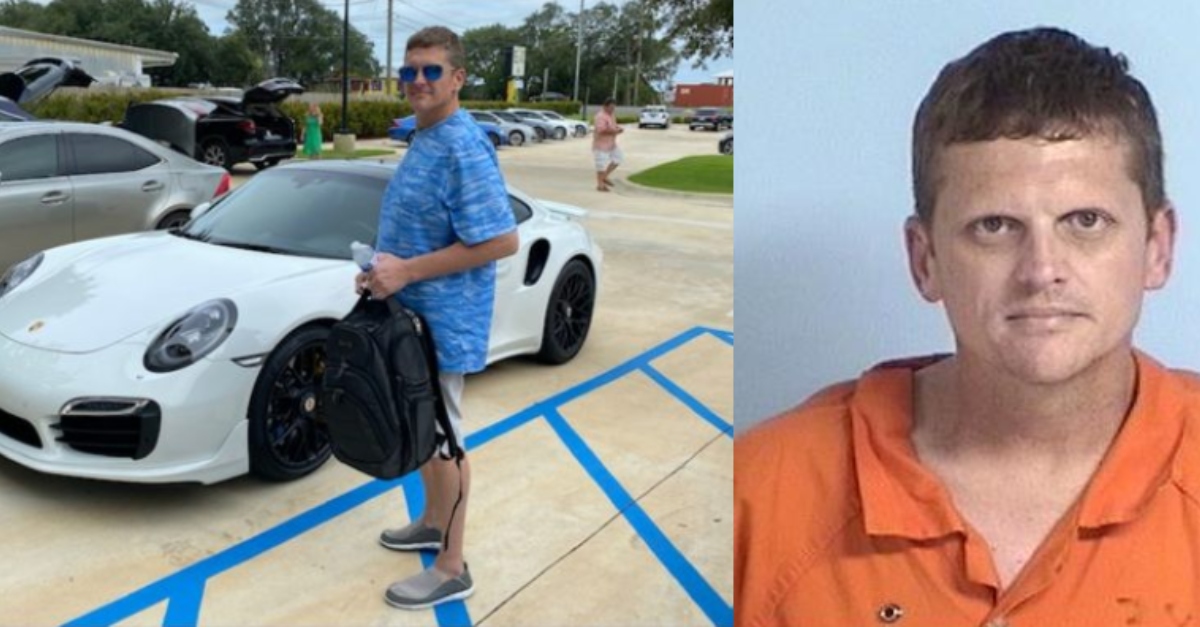 A man in Walton County, Florida is accused of trying to buy a Porsche and Rolex watches with fake checks. Casey William Kelley, 42, admitted to printing the checks on his home computer, but he didn’t think it was a big deal — according to the Walton County Sheriff’s Office.

The defendant used a $139,203.05 check to buy a Porsche 911 Turbo at a dealership in the city of Destin on Monday, deputies said. The vehicle was reported stolen.

Kelley on Tuesday gave Miramar Beach jeweler a $61,521 check to buy three Rolex watch, deputies said. He didn’t get to leave with those, according to this account. The jewelry store kept the watches until they could figure out if his check would clear. According to the Rolex-related arrest report obtained by Law&Crime, the jewelers couldn’t immediately figure it out because the bank was closed. They learned from the bank on Wednesday that the check was a fake and subsequently contacted authorities, according to the account. In this story, the bank also purportedly claimed they got a number of bad checks from Kelley.

The defendant was arrested Wednesday, according to officials. Kelly allegedly said he printed the cashier’s checks from his computer.

“Casey stated he didn’t know what the big deal was, and that since it was his account number on the check he printed out, it should be fine,” the arrest report reads.

Jail records viewed by Law&Crime show that Kelley is being held at the Walton County Jail on a charge each of grand theft of a motor vehicle and fraud — uttering forged bills, checks, drafts, or notes.  He is being held on a $10,000 bond.

Kelley had a first appearance on Thursday, and another hearing is set for September 22. There is currently no attorney of record.

[Image and mugshot of Kelley via Walton County Sheriff’s Office]