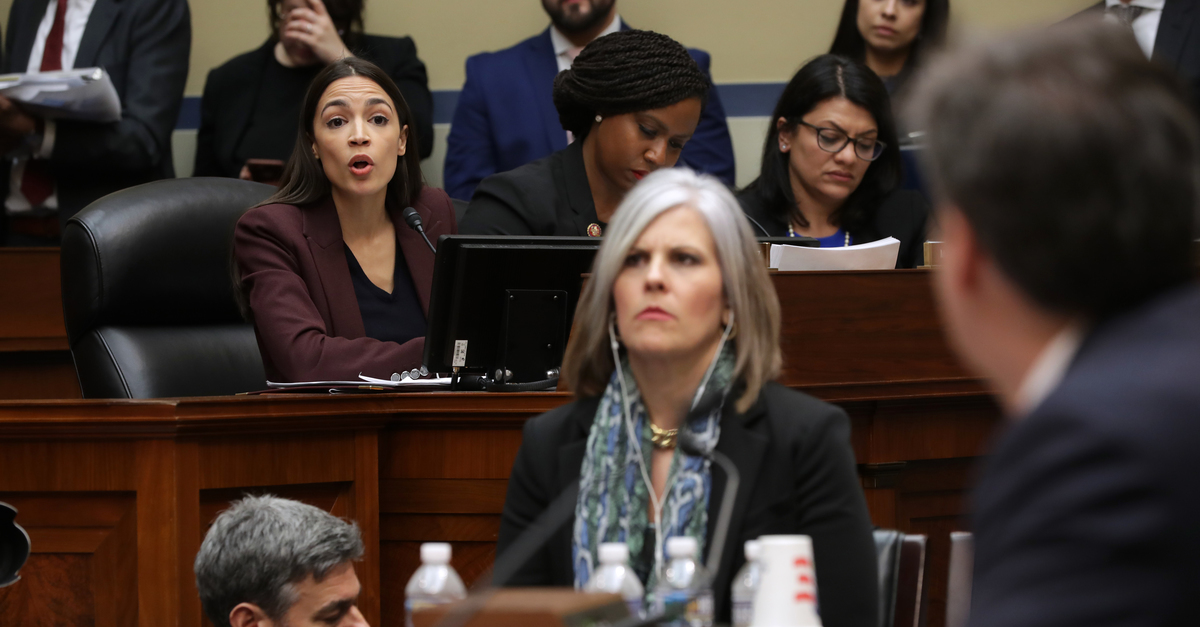 On Monday, New York Attorney General Letitia James filed renewed legal action against the 45th president’s businesses and his son, Eric Trump. The complaint requests that a state court force the defendants to comply with extant subpoenas demanding the release of sensitive financial information that may have been used to commit fraud. James also seek to compel Eric Trump’s testimony.

On February 27, 2019, Cohen appeared before the House Committee on Oversight and Reform to provide long-awaited testimony of his own about alleged crimes committed by his former friend and employer. Rep. Ocasio-Cortez was the lower chamber’s standout interrogator during that widely-viewed session.

The exchange in question was just shy of 30 seconds:

AOC: To your knowledge, did the president ever provide inflated assets to an insurance company?

AOC: Who else knows that the president did this?

AOC: And where would the committee find more information on this? Do you think we need to review his financial statements and his tax returns in order to compare them?

Cohen: Yes. And you’d find it at the Trump Org.

According to a legal memo prepared by the attorney general’s office to explain the statutory and precedential authority for enforcing those subpoenas in full, James is currently attempting to ascertain whether or not Trump and his various family businesses improperly inflated the value of assets “on annual financial statements in order to secure loans and obtain economic and tax benefits.”

James herself provided a clear-cut nexus between Ocasio-Cortez’s line of questioning and her own investigation in a Monday press release.

“Basically, the wire fraud statutes make it a federal crime to use any scheme or artifice to defraud if it’s done via any form of electronic communication like telephone, or the internet etc,” he told Law&Crime in an interview. “The important thing to note about the wire fraud and the bank fraud statutes is they’re extremely broad and you don’t actually have to have succeeded in committing the fraud you were trying to initiate. The second you’re communicating in interstate commerce–with a telephone or email, the wires– they’ve got you.”

Ekeland elaborated as to how it might apply in Trump’s case: