Florida Teachers Win in Court: Judge Blocks Order That ‘Arbitrarily’ Forced Schools to Reopen without Regard for Safety 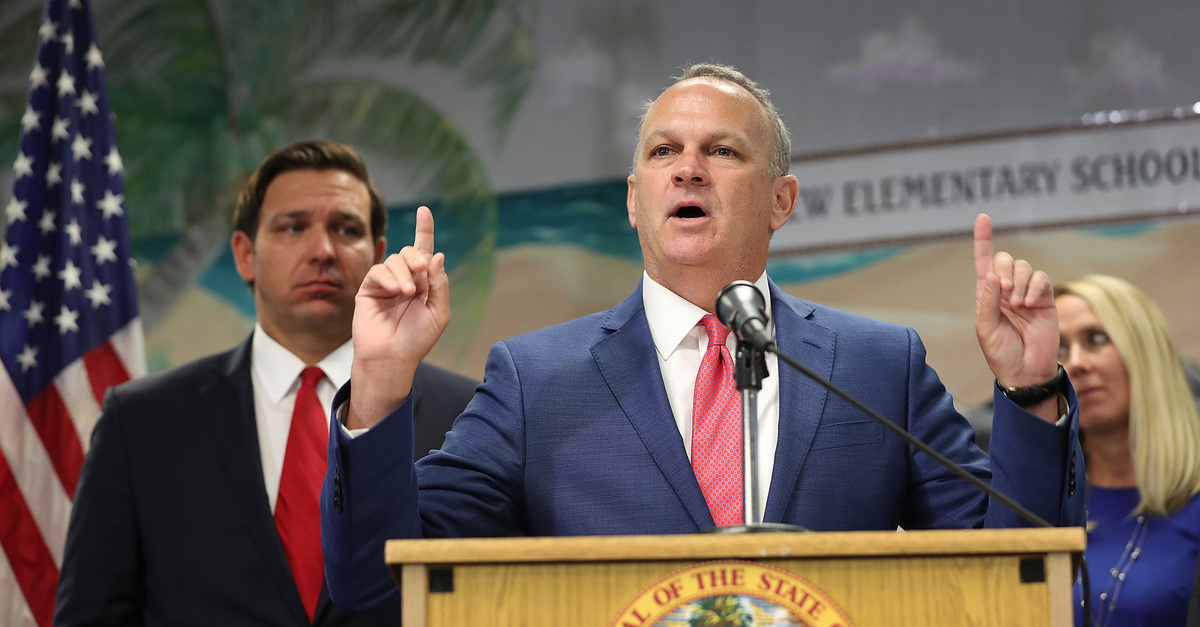 Florida teachers achieved a big win in court Monday when a Tallahassee judge issued a temporary injunction, stopping Florida from requiring that schools be open five days a week during the coronavirus pandemic. The state defendants “arbitrarily prioritized reopening schools statewide in August over safety and the advice of health experts; and all school districts complied in order to avoid a drastic loss of State funding,” the judge ruled.

In July, Commissioner Richard Corcoran of the Florida Department of Education issued an emergency order that mandated as follows:

Upon reopening in August, all school boards and charter school governing boards must open brick and mortar schools at least five days per week for all students, subject to advice and orders of the Florida Department of Health, local departments of health, Executive Order 20-149 and subsequent executive orders.

Corcoran’s order goes on to qualify that, absent directives, the “day-to-day decision to open or a close a school must always rest locally with” the local school board or superintendent.

The Florida Education Association, the largest teachers’ union in the state, sued Corcoran and Florida Gov. Ron DeSantis (R), arguing that forcing schools to open unsafely violates the Florida’s Constitution. The teachers’ request for a temporary injunction was granted Monday – a decision which will now leave school openings in the hands of individual school boards.

Tallahassee Circuit Court Judge Charles Dodson conducted a three-day hearing via Zoom, which included testimony of 14 witnesses and 100 exhibits. Following closing arguments in the case, Commissioner Corcoran told press that the risks of having children stay at home are “far less than COVID,” and that it is “a better path to take for children to be in school.”

Florida Education Commissioner: There is not a risk of lives being lost because of in-person learning. ⁦@richardcorcoran⁩ nails the arguments for opening up schools. Absolutely dominates this debate. https://t.co/4etmDjYSIf

In his ruling against the state, Judge Dodson called out the qualifying clause in Corcoran’s  executive order, writing “although that language sounds good, it is essentially meaningless.” The court reasoned that in Florida, districts have chosen to reopen despite serious health concerns having been raised by experts at school board meetings; districts have prioritized financial concerns over public health, thereby reducing “the constitutional guarantee of a safe education to an empty promise…”

Judge Dodson said that the Florida Constitution “requires the State to ensure our schools operate safely.”

“Defendants, however, through the Order and its application, have essentially ignored the requirement of school safety by requiring the statewide opening of brick-and-mortar schools to receive already allocated funding,” the ruling continued.

Judge Dodson also noted that there was a reason why the litigation in the case took place via Zoom.

“[I]nterestingly,” wrote Dodson, “this hearing was done remotely, via Zoom technology. That is because it has been decided it is unsafe to hold in person trials in the Leon County courthouse during this highly dangerous pandemic. That was a local decision based on local conditions.  Because of COVID-19, jurors and witnesses are not allowed to come into our courtrooms, almost all of which are larger than the classrooms in our schools.”

Further, Dodson pointed out that Florida’s medical expert is a research doctor at Stanford. While that expert testified on behalf of Florida that it was safe to open schools, Stanford University will be conducting its classes remotely.

Finding that teachers could very well suffer irreparable harm if forced to return to classrooms unsafely, Judge Dodson ruled against the state’s executive order. The court struck the language requiring schools to open five days per week, leaving in place the portion of the executive order that left the day-to-day decision of school opening to the individual school boards.

“Because Defendants cannot constitutionally directly force schools statewide to reopen without regard to safety during a global pandemic, they cannot do it indirectly by threatening loss of funding through the Order,” Dodson wrote.

Reactions to Judge Dodson’s ruling from some of the plaintiff-teachers can be seen here.

LIVE: Florida’s largest teachers’ union, FEA, is holding a news conference after a judge sides with its lawsuit on the state’s school reopening order. https://t.co/a0rF3nTBNQ https://t.co/K6OW6TmYaV