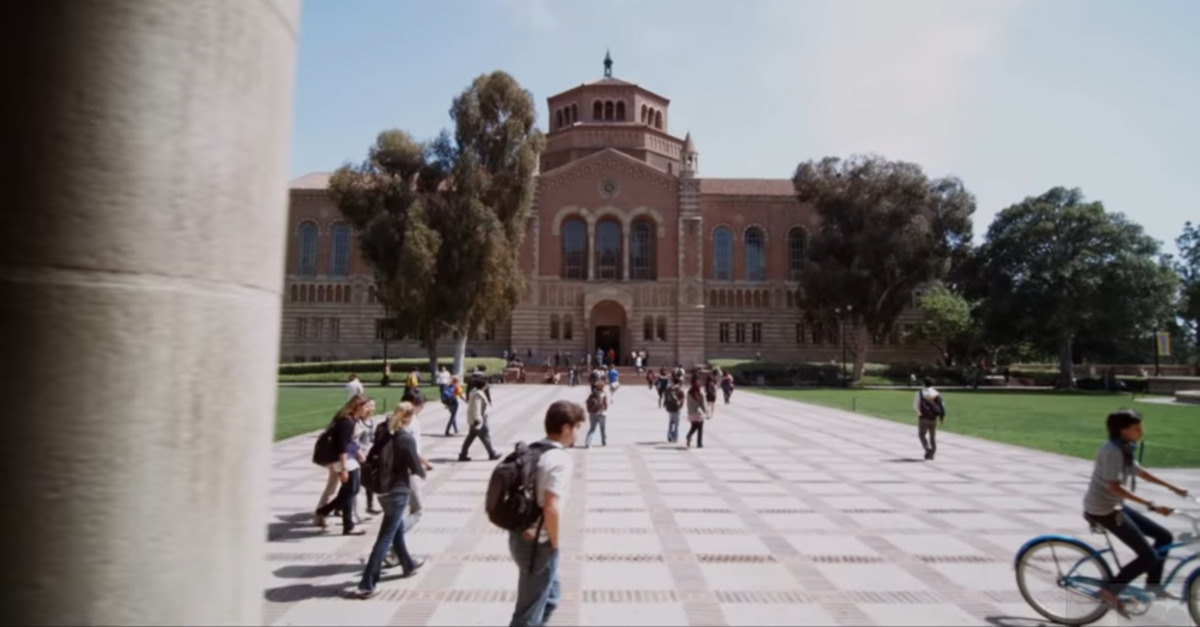 Federal authorities in Massachusetts have announced the arrest of the 52nd defendant in the ongoing college admissions scandal.

According to a Tuesday press release from the Department of Justice, 48-year-old Xiaoning Sui was arrested last night in Spain over allegations that she paid William “Rick” Singer $400,000 in order to get son admitted to UCLA “as a purported soccer recruit.”

Federal authorities allege that during a phone call in August 2018, Singer said Sui’s son was “guaranteed” admission to the prestigious southern California university if the $400,000 bribe was paid.

Over the course of the next two months, Sui allegedly shared her son’s transcript and photographs of him playing tennis with Singer. After that, Laura Janke, a former assistant women’s soccer coach at USC, is said to have engineered a fake soccer profile for Sui’s son.

Authorities say that Sui wired $100,000 to a Massachusetts bank account under the guise of a charitable contribution. That “sham charity,” the Key Worldwide Foundation, was registered in Singer’s name and the money was then allegedly used to pay off then-UCLA head soccer coach Jorge Salcedo—who eventually resigned after being charged in the scandal himself.

In November of 2018, just days after the first payment was made, Sui’s son–who is not being named–was admitted to UCLA as a soccer recruit. The university even gave him a 25-percent scholarship.

The following February, Sui allegedly wired an additional $300,000 to Singer’s charity account in Massachusetts “as a final payment for her son’s fraudulent admission,” according to the press release issued by the U.S. Attorney’s Office for the District of Massachusetts.

Sui is apparently a Chinese national who currently resides in British Columbia, Canada. Authorities are seeking her extradition to Boston in order to face one charge of conspiracy to commit mail fraud and honest services mail fraud–the same charge leveled against actress Felicity Huffman before she pleaded guilty to a lesser offense.

Huffman and another high-profile actress, Full House‘s Lori Loughlin have consistently made waves since being charged in the so-called “Varsity Blues” scandal in March of this year.

Huffman turned heads for perhaps the last time last week after she was sentenced to 14 days in jail, a $30,000 fine, one year of probation and 250 hours of community service for her role in the scandal.

Loughlin and her husband, fashion designer Mossimo Giannulli, are currently fighting similar charges; in addition to conspiracy to commit mail fraud and honest services mail fraud, they have also been charged with money laundering. Due to their combative approach, years in prison appears to be a possibility. On paper, they face up to 40 years, but the maximum isn’t going to occur.

It’s also worth mentioning that the aforementioned Laura Janke, who is cooperating with the government, is relevant to the Loughlin-Giannulli case.

According to the original federal indictments, Singer collected some $25 million in bribes over the course of nearly a decade through his alleged cottage industry of obtaining prime college spots for the offspring of the elite.

Singer and Janke have pleaded guilty to the charges against them.