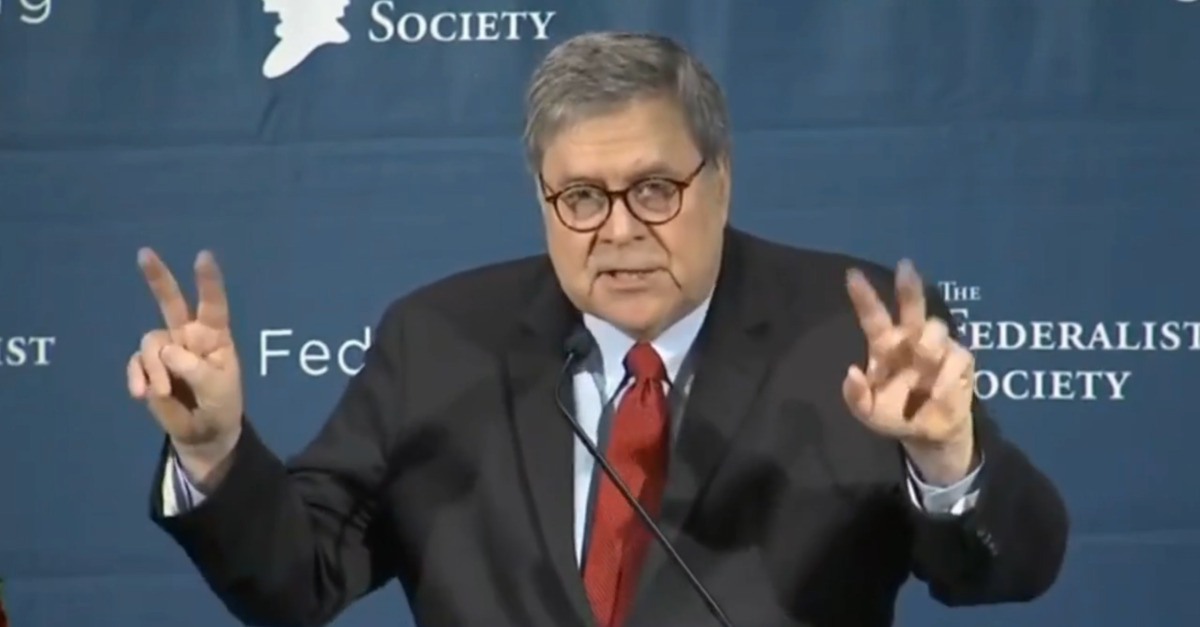 What about Congress, and what about the judiciary, asked the proponent of the unitary executive.

“The costs of this constant harassment are real,” Barr argued. “For example, we all understand that confidential communications and a private, internal deliberative process are essential for all of our branches of government to properly function. Congress and the Judiciary know this well, as both have taken great pains to shield their own internal communications from public inspection.”

Barr then savaged the concept of the American public accessing information about their government and leaders:

There is no FOIA for Congress or the Courts. Yet Congress has happily created a regime that allows the public to seek whatever documents it wants from the Executive Branch at the same time that individual congressional committees spend their days trying to publicize the Executive’s internal decisional process. That process cannot function properly if it is public, nor is it productive to have our government devoting enormous resources to squabbling about what becomes public and when, rather than doing the work of the people.

“Bill Barr invokes #FOIA during his Federalist Society speech and not in a good way in my opinion, ” he tweeted early Saturday morning.

Attorney Mark Zaid, who is currently part of the legal team representing the intelligence community whistleblower, added his disapproval of Barr’s anti-transparency commentary.

“No, not in a good way at all,” Zaid said in response to Leopold. “Not even John Ashcroft, when he was President [George W.] Bush‘s Attorney General, spoke negatively about #FOIA in this manner. Most past AGs have actually favorably embraced statute as positive example of how our country leads world in transparency & democracy.”

“Worth adding to this that there is also no FOIA for the White House, which seems like important context for Barr’s comments here,” she said. “It’s a pretty big loophole when it comes to transparency and the executive branch.”

FOIA was originally passed in 1966 via the work of then-congressman John Moss (D-Calif.) in response to several intelligence community failures during the Cold War. President Lyndon Johnson reluctantly signed the law after initially opposing its passage. It wasn’t until 1974, however, after the administration of Richard Nixon went down ignominiously that FOIA was altered and given substantial fangs for the public at large to access governmental information.