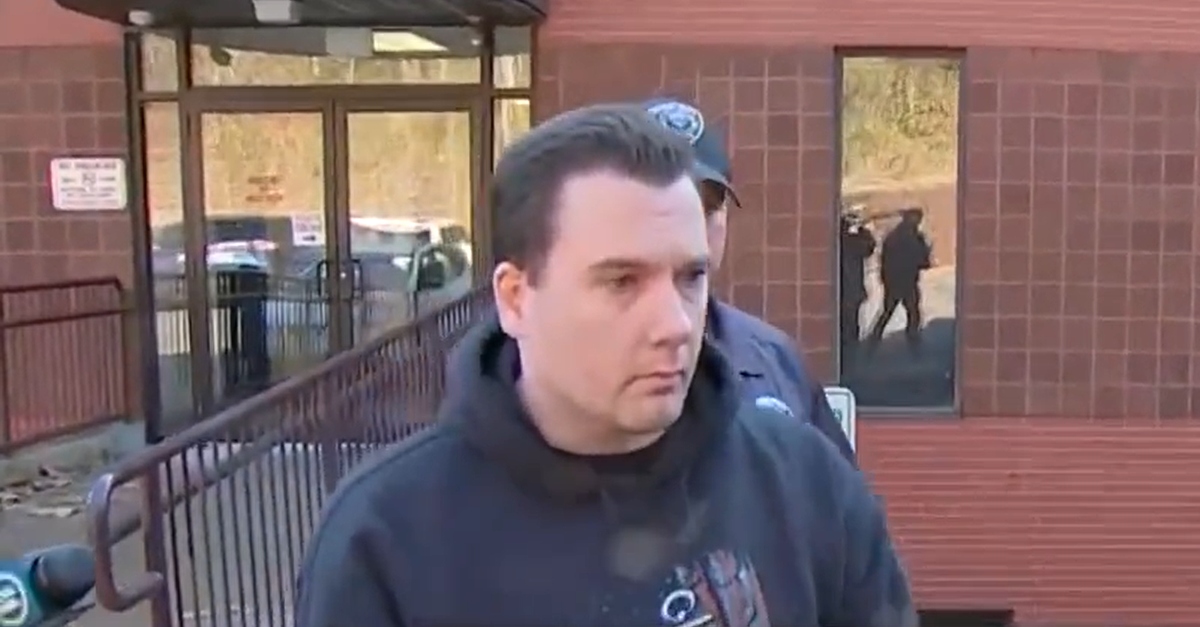 Technically speaking, police consider 33-year-old Jaime Rae Feden a missing woman. The thing is, there’s a man charged with abducting her, and this defendant’s wife claims that he confessed to committing murder.

John Matthew Chapman, 39, was charged in the case, Bethel Park Police Department said Friday. Charges are kidnapping, obstructing administration of law, and criminal use of a communication facility. Cops said they’re still looking for Feden. Developments complicate the hope that they might find her alive.

“He said he had murdered a woman,” the defendant’s Maureen Chapman told WPXI. “I was in disbelief.”

She claimed he called her from the police department Friday morning.

Officers claim John Chapman admitted to luring her out on a trip to Las Vegas, according to papers obtained by the outlet. The two later went to a local desert for what was ostensibly a photo shoot, and the defendant tied the victim’s hands and feet to a sign pole, the suspect allegedly said in this account. Chapman killed her by covering her mouth with duct tape, suffocating her, according to this story.

To be clear, this account is based on the defendant’s alleged confession to investigators. There’s currently no murder charge. Remains of a woman were reportedly found in the desert back on October 5, days before Feden was declared missing, however. Police have yet to confirm her identity.

For now, cops are voicing hope, at least until there’s definitive confirmation that Feden is dead.

“First we have to locate Jaime if she is in fact dead, and if he is telling the truth on this matter,” Chief Timothy O’Connor told KDKA.

As for Maureen Chapman, she said her husband was leading a “double life.” She claimed that her husband told her this: “I killed her because I had to.” This defendant’s wife said she just wants the truth.

The defendant was arraigned Friday. It’s unclear if he has a lawyer in this matter.

[Screengrab of John Chapman via WPXI]