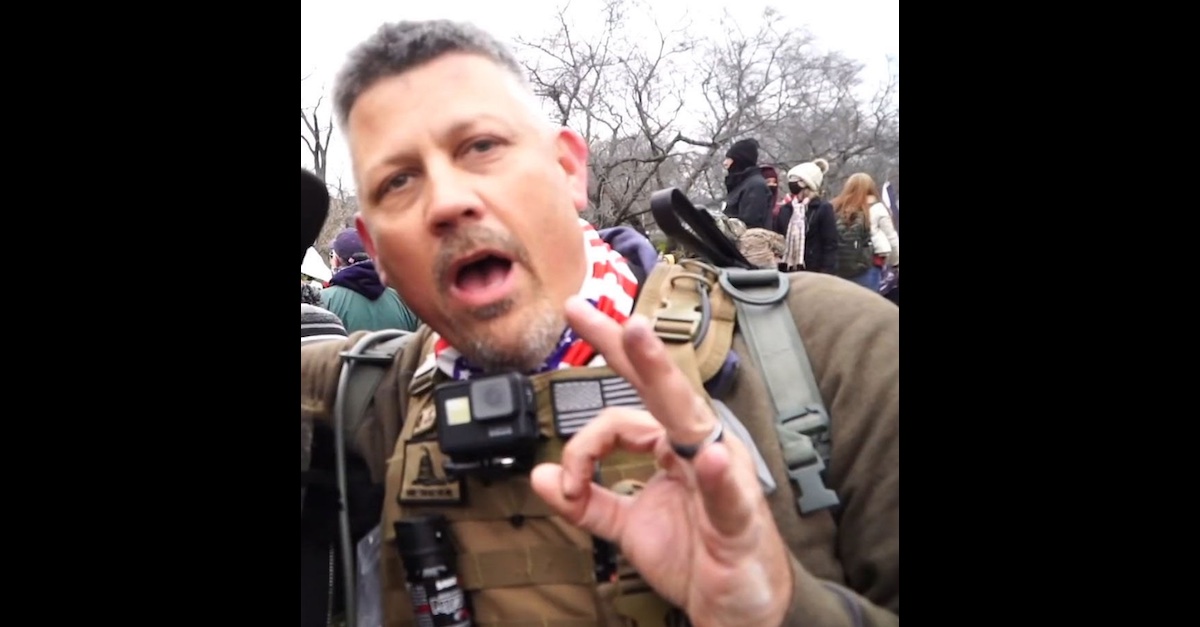 An accused Capitol rioter and member of the far-right Proud Boys militia group on Tuesday asked a judge to move his trial outside of Washington, D.C., claiming that “detrimental” media coverage of the insurrection and “community prejudice” inside the nation’s capital would unconstitutionally preclude him from receiving a fair trial.

Attorneys for Christopher Worrell argued that their client should be tried in the Southern District of Florida because potential jurors in liberal-heavy D.C. are so likely to have been affected by pretrial publicity surrounding his arrest “that the venire must be presumed as tainted.” The motion also claims that Worrell’s outwardly pro-Donald Trump stance will result in prejudice by any decision-making panel of his peers.

“A trial in Washington D.C. for Mr. Worrell would be by jurors who voted almost unanimously against Donald Trump, who have been barraged with propaganda about a ‘white nationalist’ attack, who are continuously told they were victims of an ‘insurrection,’ who were placed under curfew and locked down as a result, and who have been placed under seemingly endless military hold because of danger posed by ‘Domestic Violent Extremists,’” the motion stated. “The unavoidable community prejudice, and particularized prejudice against Mr. Worrell, render the venire so greatly prejudiced against him that Mr. Worrell cannot obtain a fair and impartial trial in Washington D.C.”

Worrell, who was charged in March with a litany of federal crimes including “carry[ing] a deadly and dangerous weapon” on restricted grounds, resides and was arrested in Florida. His motion also noted that potential witnesses for his defense also reside in Florida.

The longshot attempt to procure a jury from a more Trump-friendly community pool is reminiscent of another accused Capitol rioter, Jenny Cudd. Cudd, who was filmed happily admitting to being inside the office of House Speaker Nancy Pelosi, in March sought to have her trial moved to Texas by painting D.C. as a hotbed for liberalism and “cancel culture.”

“It appears that every local D.C. politician, and every national politician working in D.C., has chimed in on this case. More fuel was added to the fire as Democrats, the party that mirrors the beliefs of 95% of the D.C. jury pool, started referring to the individuals involved in the Capitol incident as ‘white supremacists’ and ‘insurrectionists’ — during a time of exceptional political divide in the United States,” the motion stated. “President Biden made a recent speech on racial tensions in the U.S. in which he referred to the Capitol arrestees as ‘a group of thugs, insurrectionists, political extremists, and white supremacists.’ The Biden administration warned that these people were ‘ideologically-motivated violent extremists with objections to the exercise of governmental authority and the presidential transition, as well as other perceived grievances fueled by false narratives.’”