Paul Otto Reinhart Killed Himself, Then His Sons: Police 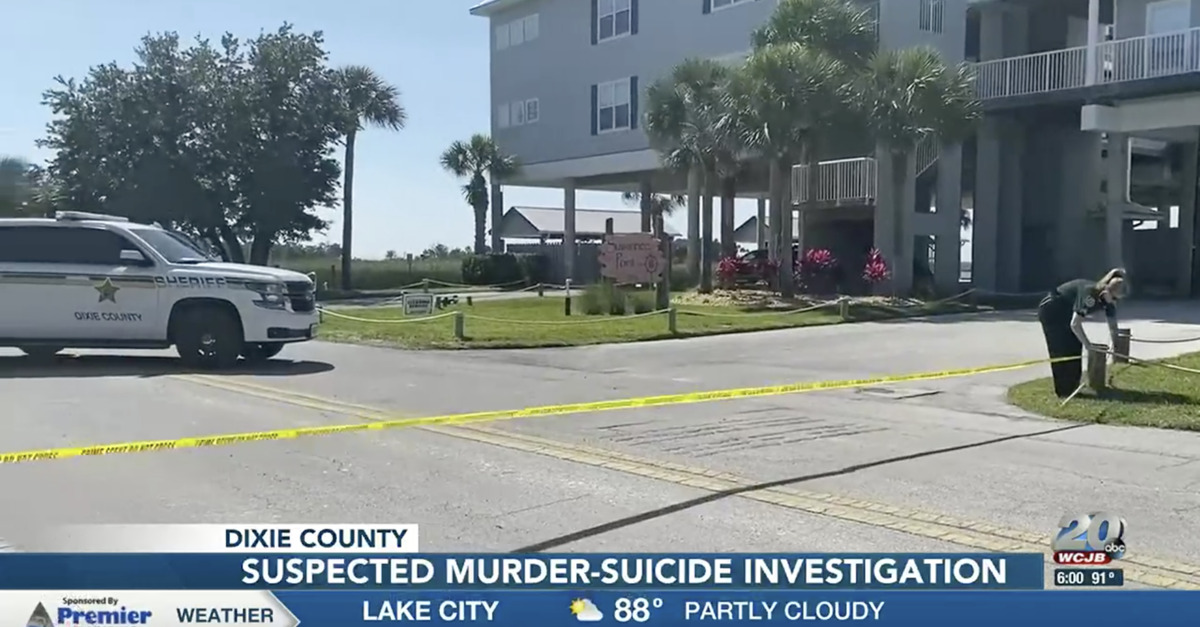 Authorities closed off the road which led to the burned home.

A father and his two sons are presumed dead from an apparent murder-suicide after three bodies were discovered inside the smoldering remains of their burned Florida vacation home on Tuesday.

According to independent local news station WJXT, Alachua County Sheriff’s Office deputies attempted to perform a wellness check on Paul Otto Reinhart, 46, and his sons Rex Reinhart, 14, and Brody Reinhart, 11, at around 6 a.m. Tuesday. A family member phoned in the request after Paul posted a series of “cryptic” Facebook updates overnight as well as sending “concerning” text messages to family members, authorities said.

Alachua County Sheriff’s deputies at first turned up empty-handed, but they then learned Reinhart had another home in neighboring Dixie County. They arrived to find the second Reinhart home in flames.

The father’s empty van was ominously outside the burning home.

Gainesvillle, Florida-based public broadcaster WUFT notes that what’s left of the home is now scattered along the banks of the Suwannee River in western Florida.

“Upon extinguishing the fire, Dixie County deputies discovered three deceased individuals in the residence,” a statement said. “Deputies presume these to be the bodies of Paul Reinhart and his two children.”

According to The Gainesville Sun, the exact cause of death is for now unknown, and the medical examiner is currently working with the involved sheriff’s offices and the Florida Department of Law Enforcement — the latter of which has taken over the case’s forensics — in order to ascertain the details surrounding the apparent murder-suicide.

Various reports have noted that the elder Reinhart was posting pictures of his wedding and family as late as 5 a.m. on Tuesday. Such photographs were apparently a sore and painful reminder of what would have been his upcoming 20th anniversary with his wife, Minde Prince Reinhart, 42, who lives in Gainesville.

Would have been — except for that Paul and Mindee were in the beginning stages of divorce proceedings, according to friends of the family interviewed by journalist Thomas Weber.

Paul had also recently lost his job as president at Reinhart Medical LLC, a medical device company where Mindee served as vice president, according to corporate filings.

“It’s probably one of the most tragic events that any community can ever encounter,” Dixie County Sheriff Darby Butler told reporters. “My heart and my prayers go out to the family and we ask everyone that’s involved and is hearing this to pray for not only that family, but for the communities. It’s a long process of healing and we just appreciate all the prayers and support that you can supply this family.”

Rex and Brody were keen baseball players. The younger boy regularly served as the batboy during Florida Gators college home games ,and the family was reportedly friends with the program’s coach, Kevin “Sully” O’Sullivan. The university has yet to comment on the tragedy.

“Near and far, these boys were immensely loved across organizations,” a Facebook post from the boys’ baseball program said in memoriam. “Brody had the heart of a lion, and Rex’s determination to be the best on the field was unrivaled. We feel utterly lost and broken. At this time we ask that you pray for Rex’s and Brody’s mother, Minde, and the many players that loved and played alongside them.”

According to local ABC affiliate WCJB, each of the boys’ schools would be offering counseling as needed for both students and staff.

“The ripple effect of how many people are going to be affected by this is just unimaginable,” neighbor Julie Nance told the outlet.