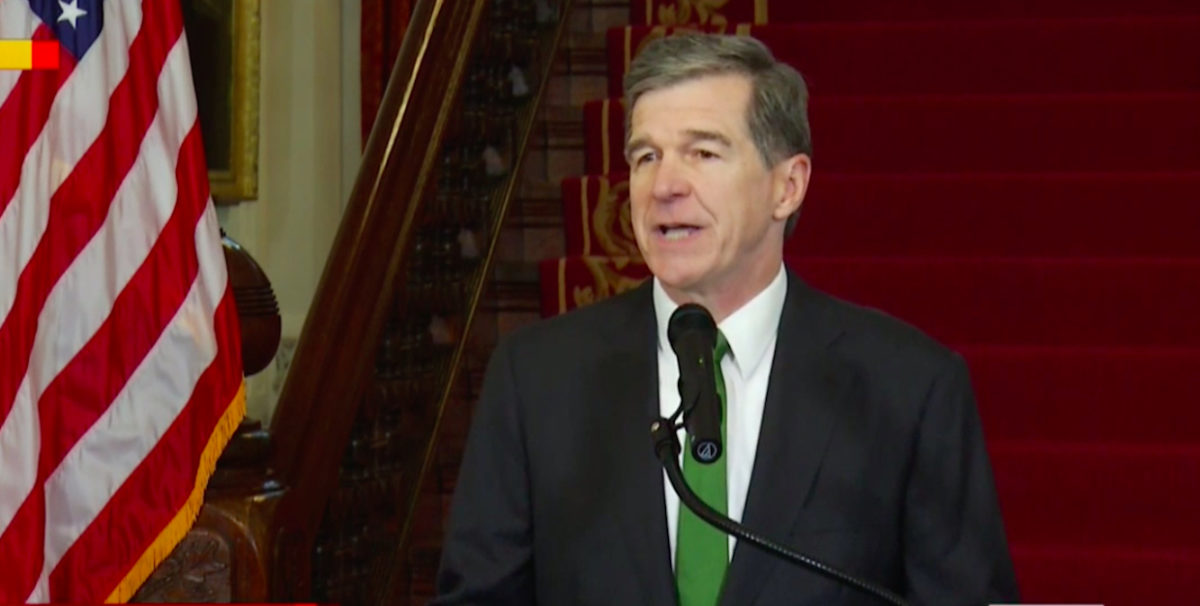 Prior to Wednesday’s vote, House Republicans told their Democratic colleagues that no votes would be held during the 9/11 morning ceremony, then proceeded to vote while approximately half the members weren’t present, State Sen. Jeff Jackson (D) said.

“Plainly unethical behavior by Republicans today,” Jackson tweeted following the vote. “There have to be consequences for this kind of behavior. Just another lesson in why they must lose their majority.”

After the initial motion to reconsider the state budget was made by Republican State Rep. Jason Saine, the chamber erupted into chaos, according to the News&Observer. The response Saine offered later:

“This is a travesty of the process and you know it,” Democratic State Rep. Deb Butler said of Republicans’ strategy, which she characterized as “hijacking the process.”

In a press conference held after the override vote, Gov. Cooper did not mince words, and admonished Republicans.

“For two months, Republicans refused to offer a compromise or sit down at a true negotiating table with me. Democrats were told there would be no votes this morning. That was a bald-faced lie,” he said. “Today, Republicans waged an assault on our democracy. They cheated the people of North Carolina.”

In response to a reporter’s question, Cooper said that after more than 30 years in state government, he had never seen anything like Wednesday’s maneuver.

“This is a true assault on our democracy,” he said. “There is no question about it.”

Rick Hasen, a professor of law and political science at UC Irvine, said that while House Republicans won the day, their conduct may lead to more serious repercussions in the future.

“This is not going to go over well with the three judge court which was giving the North Carolina General Assembly a chance to draft a bipartisan redistricting plan (or else court will appoint special master to do it),” Hasen tweeted. He also called Republicans’ conduct “a new low.”