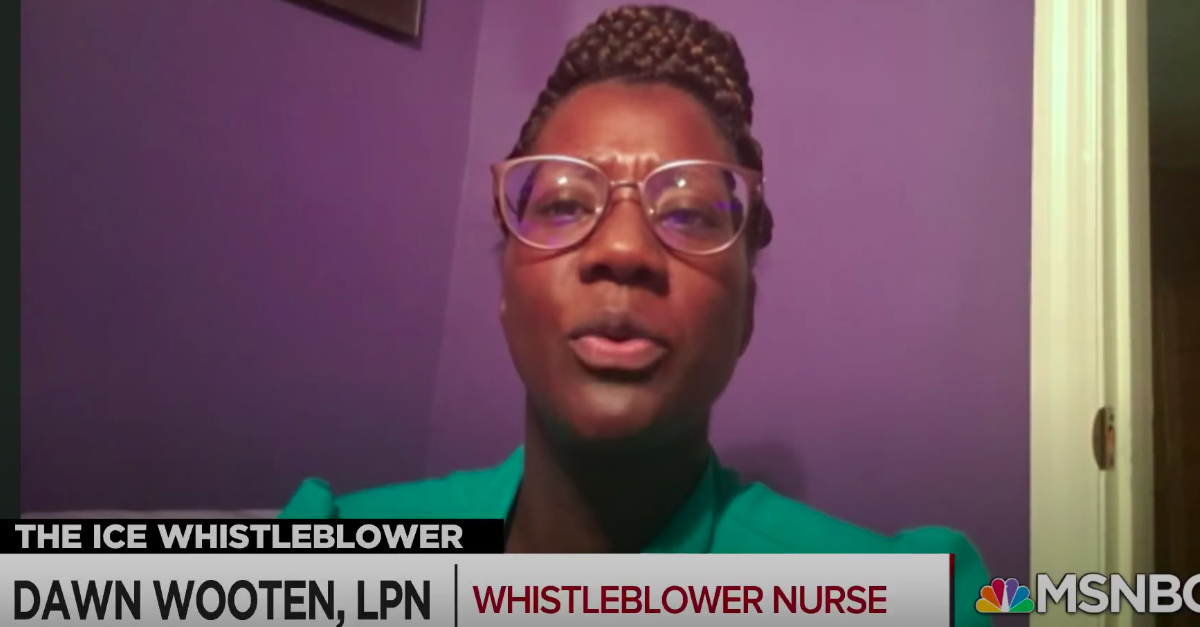 More than 170 members of the House of Representatives demanded that the top watchdog at the Department of Homeland Security (DHS) conduct an immediate investigation into alarming claims of “mass hysterectomies” at an Immigration and Customs Enforcement facility in Georgia. These allegations, among others, stem from a whistleblower complaint filed by nonprofit Project South on behalf of Dawn Wooten, a nurse who formerly worked full-time at the Irwin County Detention Center (she was demoted in July, she believes, out of retaliation for raising concerns about COVID-19).

“We are horrified to see reports of mass hysterectomies performed on detained women in the facility, without their full, informed consent and request that the Office of the Inspector general (OIG) conduct an immediate investigation,” a bloc of Democratic lawmakers wrote in a Sept. 15 letter.

The disturbing allegations in Wooten’s complaint, first reported by Law&Crime, alleged that a doctor performed a “high rate of hysterectomies” on female detainees, in many cases without informed consent.

ICE has said that its data indicates that, since 2018, “only two individuals at Irwin County Detention Center were referred to certified, credentialed medical professionals at gynecological and obstetrical health care facilities for hysterectomies in compliance with National Commission on Correctional Health Care (NCCHC) standards.”

The doctor, since identified as OB/GYN Mahendra Amin, told The Intercept he only performed “one or two hysterectomies in the past two [or] three years.”

The lawmakers likened the allegations to a “dark time” in American history during which more than 30 states had passed eugenic-sterilization laws, “resulting in the sterilization of between 60 and 70 thousand people in the early 1900s.”

“This shameful history of sterilization in the United States, in particular sterilization of people of color and incarcerated people, must never be repeated. Yet, the similarities to the accounts of immigrant women and nurses in the Irwin County Detention Center today are eerily similar,” the lawmakers wrote. “The reports of mass hysterectomies cause grave concern for the violation of the bodily autonomy and reproductive rights of detained people. Everyone, regardless of their immigration status, their language, or their incarceration deserves to control their own reproductive choices, and make informed choices about their bodies.”

Read the full letter from the 173 lawmakers below: