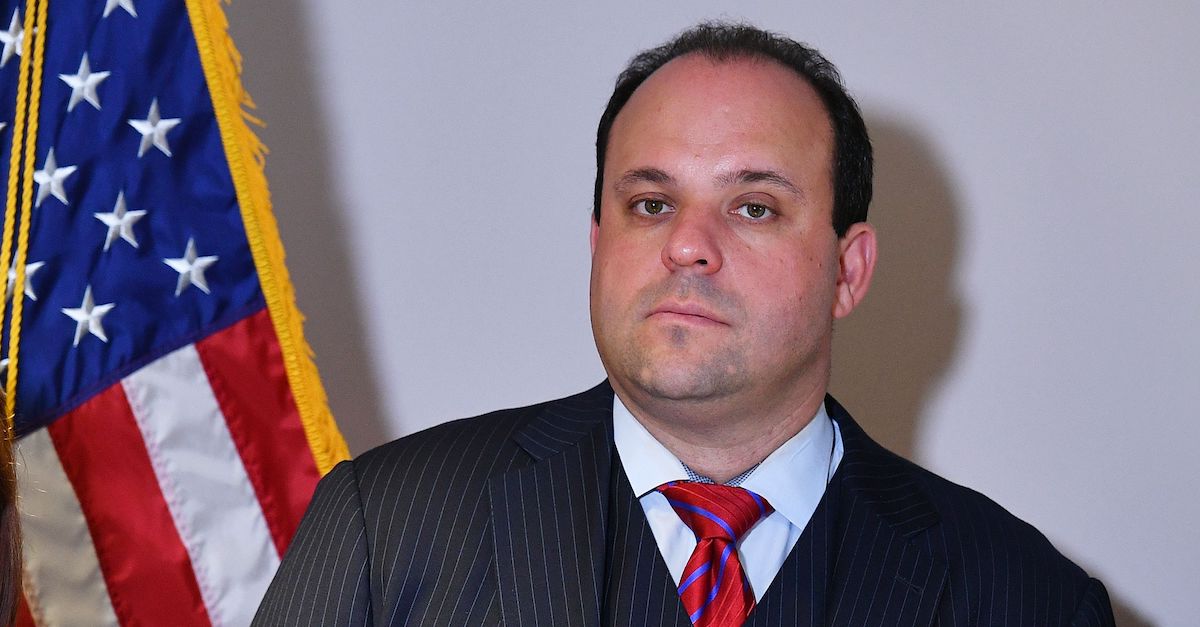 Boris Epshteyn, a former Donald Trump campaign aide and right-wing media pundit, is a “necessary and material witness” to a special grand jury’s investigation into attempts to subvert the 2020 election results in Georgia, the Fulton County District Attorney told a judge on Friday.

During his association with Sinclair Broadcast Group, Epshteyn’s commentaries had been known as “must-runs” disseminating the conglomerate’s hard-right editorial views across its hundreds of local TV affiliates. He parted ways with Sinclair in 2019, then served as an adviser to Trump’s campaign for reelection.

In that capacity, Epshteyn made no secret of his role to attempt to overturn Trump’s defeat in Georgia, Fulton County District Attorney Fani Willis (D) noted. The Jan. 6 Committee subpoenaed him pursuant to their investigation in a letter disclosing that he spoke to Trump on the morning of the attack on the U.S. Capitol.

Earlier this year, Epshteyn even told MSNBC in an interview about his role in attempting to send a slate of fake Trump electors from the state to Congress, despite the fact that the former president lost there.

“Yes, I was part of the process, to make sure there were alternate electors for when, as we hoped, the challenges to the seated electors would be heard. and would be successful — part of the 12th Amendment of the Constitution and the Electoral Count Act,” Epshteyn said in the broadcast.

Epshteyn, who is also an attorney, added that he acted “under the leadership of Rudy Giuliani,” who himself was compelled to appear before the grand jury — and reportedly testified for six hours on Aug. 17.

“The witness possesses unique knowledge concerning the logistics, planning, and execution of efforts by the Trump Campaign to submit false certificates of vote to former Vice President Michael Pence and others,” the DA’s petition states. “The witness possesses unique knowledge concerning relevant communications between the witness, former President Donald Trump, the Trump campaign, and other known and unknown individuals involved in the multi-state, coordinated efforts to influence the results of the November 2020 elections in Georgia and elsewhere. Finally, the witness’s anticipated testimony is essential in that it is likely to reveal additional sources of information regarding the subject of this investigation.”

Earlier on Friday, the DA sought the testimony of Willie Lewis Floyd III — also known as Harrison Floyd —the former director of the group Blacks for Trump.

Wallis cited Floyd’s interactions with Ruby Freeman, a Fulton County election worker who delivered emotional testimony during a dramatic Jan. 6 Committee hearing about being smeared by the Trump campaign.

On June 21, “Lady Ruby” — as the elderly woman introduced herself to the nation — recounted to the committee how Giuliani and Trump both falsely accused her of election fraud.

“The President is supposed to protect every American, not target them,” Freeman testified. “But he targeted me, Lady Ruby, a small business owner, a mother, a proud American citizen who stood up to help Fulton County run an election in the middle of a pandemic.”

Floyd reportedly tried to persuade Freeman that she faced legal jeopardy, telling Reuters that he sought to arrange a meeting between her and an unidentified man whom he identified as a chaplain with federal law enforcement connections.

“According to [Floyd], the purpose of the meeting was to discuss a purported ‘immunity deal’ with Freeman,” the DA’s petition states. “The witness then arranged for Trevian Kutti, a purported publicist based in Chicago, Illinois, to meet with Freeman.”

A special grand jury is not empowered to issue indictments, but separate grand juries running concurrently do have that power. The DA’s team indicated that they will not be shy about criminally charging people in connection with efforts to overturn the election, informing more than a dozen people that they are “targets” of her investigation.

Read the petition for Epshteyn’s testimony, below: