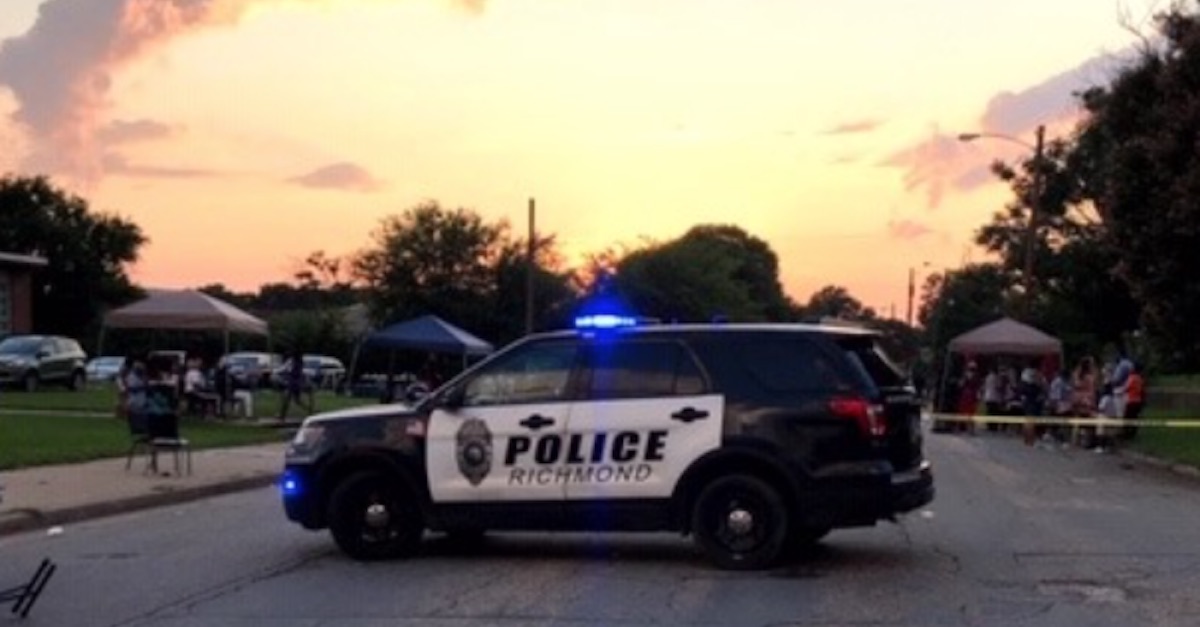 A three-judge panel in the U.S. Court of Appeals for the Fourth Circuit ruled on Tuesday that the smell of marijuana from inside a residence meant police officers in Richmond, Virginia were justified to search a man’s “entire house,” including any locked boxes or safes.

Melvin Lee Jones appealed his conviction for possession of a firearm by a felon and lost.

All of this goes back to May 2016, when police say they got an anonymous tip that Jones was selling weed and crack out of his residence. The unnamed individual claimed that Jones had a gun. Police didn’t investigate this tip until August, 24, 2016.

On that day, three officers went to Jones’s home for a so-called “knock and talk.” When Jones responded to the knock and opened the front door, police immediately smelled a “strong odor of marijuana smoke coming from inside the house.”

Jones was arrested, and police entered the residence. Once inside, they found a “still-smoldering marijuana cigarette sitting on top of the trash in an open trash can in the kitchen.” A responding officer proceeded to apply for a search warrant so they could search the rest of Jones’s house.

That warrant, much to Jones’s dismay, gave cops permission to search safes and locked boxes as part of an investigation that began with the smell of marijuana. During the search, cops found a pistol, marijuana, crack cocaine, and “items commonly used for packaging an weighing narcotics.”

Jones tried to get this evidence thrown out at the district court level, saying that his Fourth Amendment rights were violated by an extremely overbroad search warrant. That motion was denied, and Jones wasn’t successful at the appellate level either.

Judge Paul Niemeyer wrote that the bottom line here was that the warrant was “appropriately authorized.”

“We conclude that because the officers had probable cause to believe that a crime was being committed in Jones’s house, the warrant appropriately authorized the search of the house for evidence of that crime. We find Jones’s argument — that the warrant should have been limited in geographic scope because the smoldering marijuana cigarette in the trash can was the likely source of the marijuana odor — to be unpersuasive,” he wrote. “Put simply, the presence of one marijuana cigarette in the kitchen did not negate the fair probability that other evidence of the crime of marijuana possession would be found in the house. Accordingly, we affirm.”