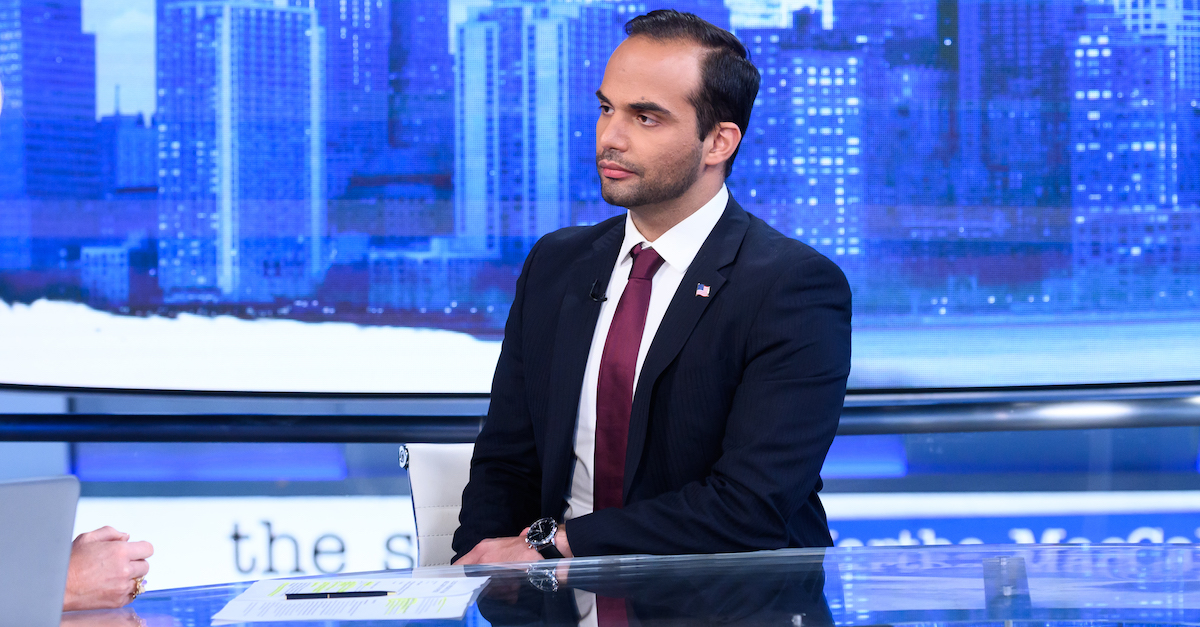 A former Trump campaign aide who pleaded guilty to lying to the FBI in the Mueller probe saw his bid for a seat in the House of Representatives fall flat on Super Tuesday.

George Papadopoulos, you may remember, spent 12 days in prison after being caught up in the Russia probe. When he emerged, the 32-year-old once dismissed as a “coffee boy” by his former allies said he was railroaded. Papadopoulos got up off of the mat and tried to seize the day in California. But he and a number of long-shot bidders (like progressive Cenk Uygur) vied to no avail for the seat left vacant by former Rep. Katie Hill (D-Calif.).

In a recent interview with Los Angeles Magazine, Papadopoulos said he wasn’t running “to be a joke.”

“I’ve had a lot of people say that California’s a lost cause, and we can’t win this at all. This was a district that was held by the Republicans for 26 years, OK?” he told the outlet. “If I just wanted to go on notoriety, I’d run against Adam Schiff in Hollywood. I guarantee you I’d be in the news every day. I would’ve raised millions of dollars, and I would’ve lost in a landslide. That’s not what I’m running for. I’m not running to be a joke. I’m actually running to win.”

Papadopoulos asked voters Tuesday evening not to forget to vote in the special election.

Don’t forget to vote today #CA25! I will get to DC on day one, work with allies to not only prioritize the needs of the district, but begin the effort to take back the great state of California! What happens in the district affects the state and our great country. Let’s do this!

“I will get to DC on day one, work with allies to not only prioritize the needs of the district, but begin the effort to take back the great state of California!” he exclaimed. “What happens in the district affects the state and our great country. Let’s do this!”

Simply put, Papadopoulos did not get many votes.

In California's 25th congressional district, according to the state's semi-official results, with all precincts reporting, former Trump campaign adviser & Mueller defendant George Papadopoulos finished 9th out of 13 candidates (4th out of 6 Republicans), with 2% of the vote #CA25 pic.twitter.com/jskNYoDkH8

Given that’s he’s a convicted felon, he likely couldn’t even vote for himself.