N.J. Town Drops Fight Against Mother and Daughter Who Put Up ‘F*** Biden’ Signs Outside Home 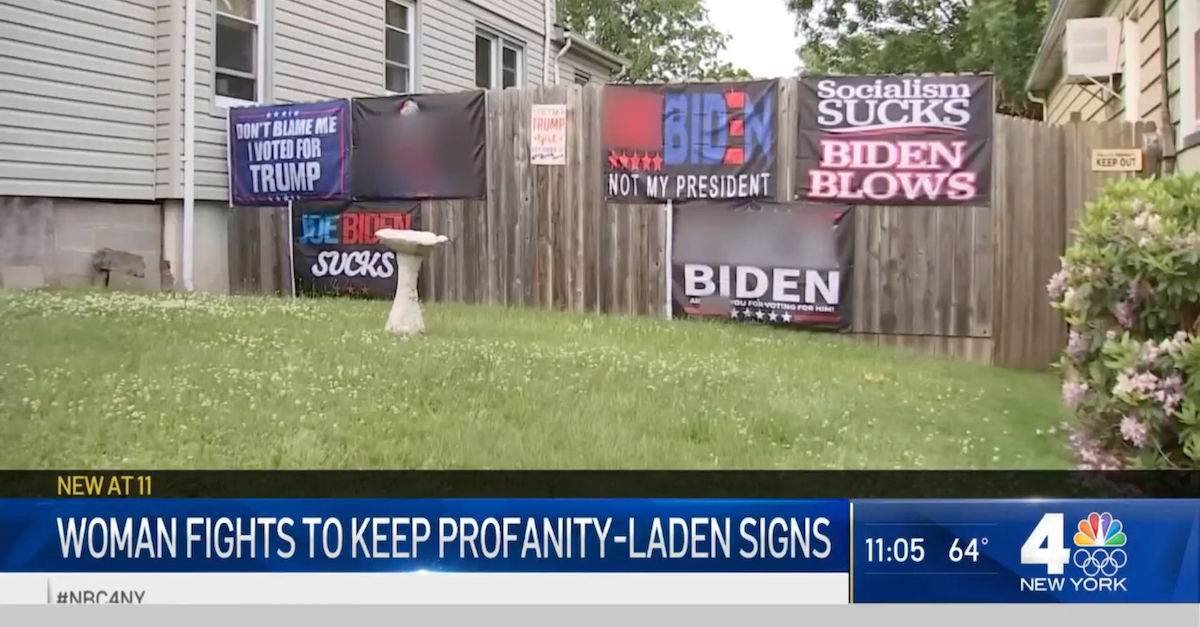 A New Jersey superior court judge on Tuesday threw out a case against a woman who plastered her home and property with profane signs which collectively denigrated Joe Biden and exalted Donald Trump.

According to the ACLU of New Jersey, the Law Division of the Superior Court vacated the case against homeowner Patricia Dilascio of Roselle Park, whose daughter Andrea Dick apparently put up the signs. The municipality originally charged Dick with violating an obscenity ordinance over signs which said “Fuck Biden,” “Socialism Sucks,” “Biden Blows,” and “Joe Biden Sucks.”

The First Amendment exists specifically to make sure people can express strong opinions on political issues – or any other matter – without fear of punishment by the government. Today’s decision confirms that our position was correct: Roselle Park had no grounds to issue fines for a political sign and the town’s use of its obscenity ordinance infringed upon fundamental rights protected by the First Amendment. It was an uncomplicated case.

This type of policing and silencing of speech has historically disproportionately impacted marginalized New Jerseyans and cannot go unchecked. Today’s decision is a victory for our client and for all New Jerseyans who have the right to express themselves freely under the First Amendment.

Law&Crime and a plethora of legal observers raised constitutional concerns about the prosecution — largely because the U.S. Supreme Court in 1971 ruled that profanity is protected speech, especially in the political context. 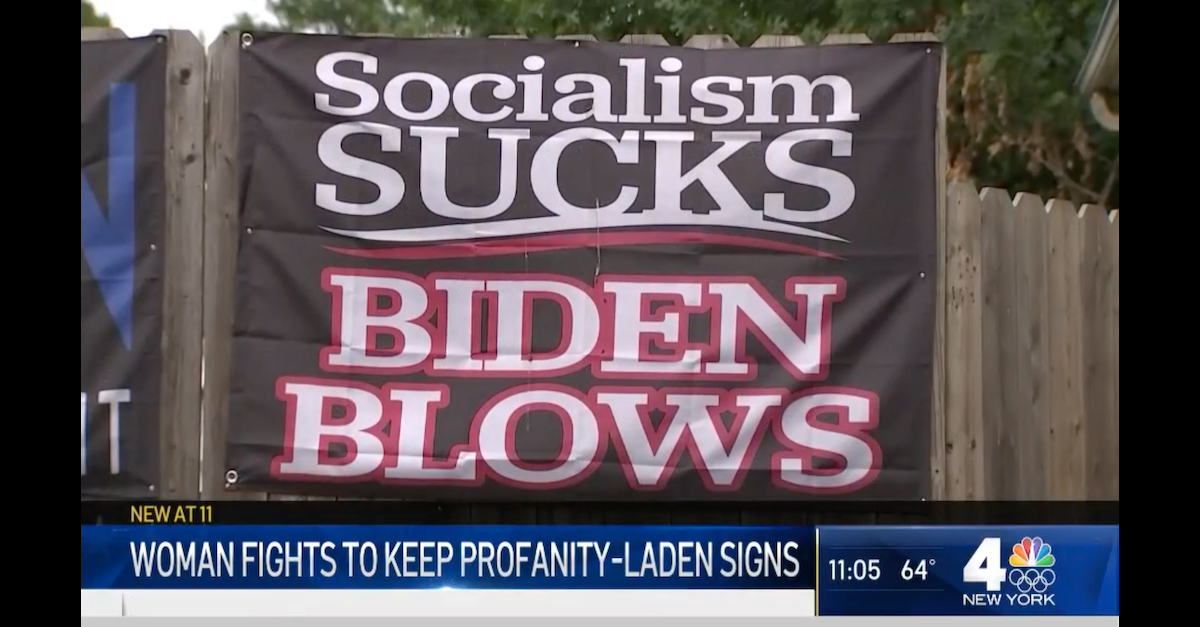 The Associated Press said the superior court judge’s decision was predicated in part on Roselle Park’s decision to “voluntarily agreed to dismiss the underlying summons.” In essence, it refused to prosecute the case. The town said the case’s “impact on residence” played into its decision. But it also said it stood by the “municipal judge’s upholding of the summons.” Higher level courts didn’t test the parameters of the underlying obscenity ordinance between the town backed down.

“The continued attention garnered by the inappropriate display and the escalating costs to the taxpayers of continuing to litigate the matter causes far greater harm to the Borough, as a whole, than good,” the town’s statement said, according to the AP. In other words, the municipal government appears as though it did not want to fight the deep-pocketed ACLU in court.

Had the case continued, and had Roselle Park won, Dilascio have faced a $250 fine for each day the signs remained visible. 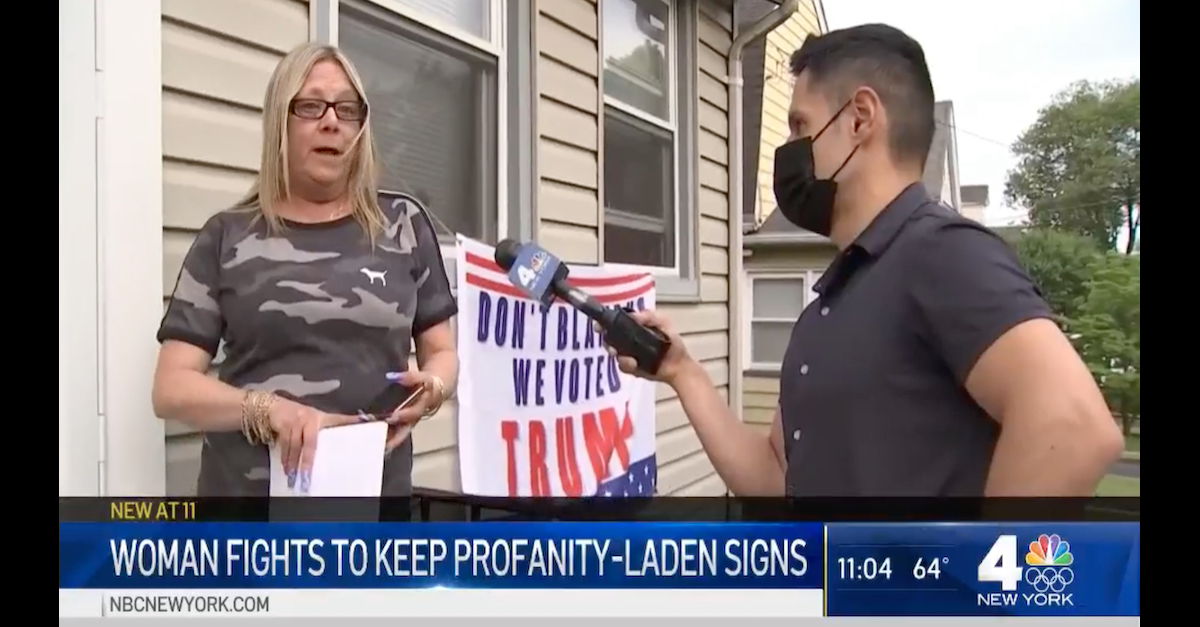 Roselle Park Mayor Joseph Signorello told aptly-named New York City NBC affiliate WNBC-TV on June 3rd that his beef with the anti-Biden signage was that it was displayed around the corner from an elementary school and that children would see it.

“It’s within spitting distance of an elementary school, so it makes it particularly problematic,” Signorello said.

Dick said the signs were there to proclaim to the world that Trump was — in her opinion — the rightful winner of the 2020 election.

“That election was stolen,” Dick said. “We were not allowed to vote —but we were allowed to food shop, allowed to go to Target and Walmart.”

She added that Trump “should’ve won the election.”