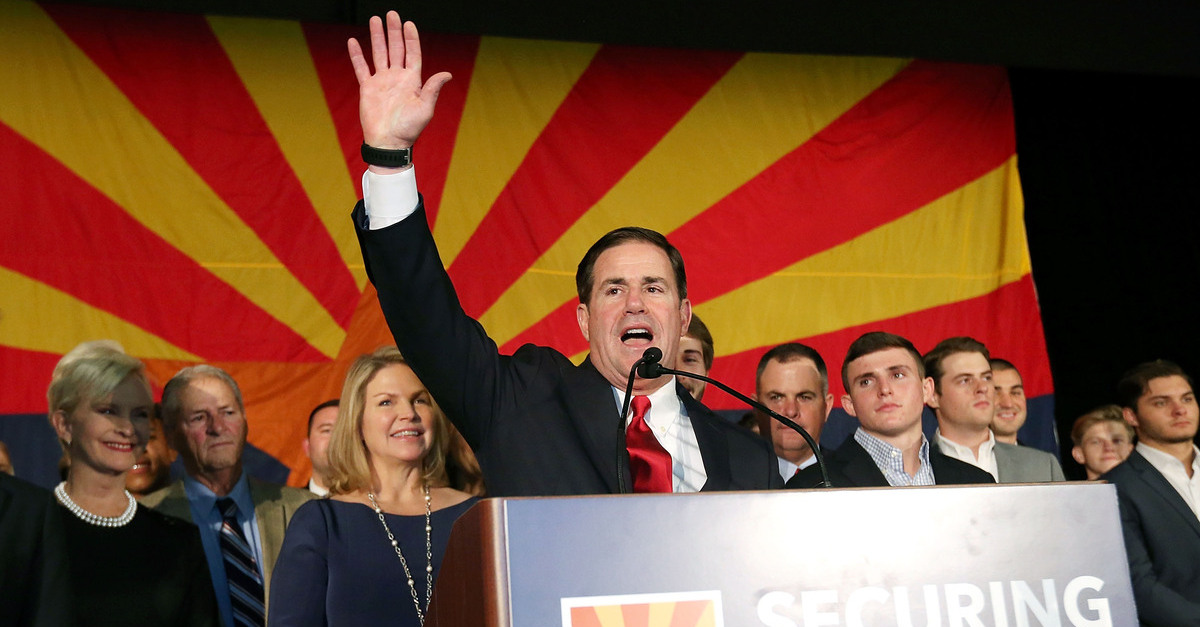 The American Civil Liberties Union and media outlets on Tuesday sued Arizona over a controversial new law that bans citizens from filming law enforcement within eight feet of a government agent.

Passed earlier this year and signed into law by Gov. Doug Ducey (R), HB 2319 makes it a crime to record law enforcement encounters within that spatial limit after receiving one warning. People who violate the statute are subject to misdemeanor charges.

The law reads, in relevant part:

Stylized as Arizona Broadcasters v. Brnovich, the 16-page lawsuit seeks to stop HB 2319 from taking effect and challenges the new prohibition as an unconstitutional violation of the First Amendment.

“On its face, this statute infringes the clearly established First Amendment rights of Plaintiffs and everyone else in Arizona to record the public activities of law enforcement officers,” the lawsuit filed in federal court argues. “By allowing police officers to arrest and punish people for simply recording video of their actions, the law creates an unprecedented and facially unconstitutional content-based restriction on speech about an important governmental function.”

Seeking a preliminary and permanent injunction, the filing says it aims “to prevent Arizona from trampling” on the First Amendment rights of the media and others to “report news, document the activities of public servants, and hold police accountable for their actions toward the people they are sworn to protect and serve.”

The lawsuit notes that HB 2319 was passed despite public warnings from Arizona Senate Rules attorney Chris Kleminich that the law “does bring up questions relating to First Amendment and freedom of expression” because “recording of law enforcement activity has been recognized by federal courts as following within that First Amendment right” and that there were “reasons to be concerned about how a court will ultimately rule on this measure.”

In no uncertain terms, the lawsuit says HB 2319 “infringes” on “core newsgathering activities protected by the First Amendment” and also infringes “the First Amendment rights of all people in Arizona to record the activities of police.” The upshot of the law taking effect, the ACLU attorneys warn in the filing, is that “anyone” in Arizona risks “arrest and prosecution if they video record law enforcement activity.”

The filing goes on to argue that compliance will be close to impossible and that the law itself is irredeemably vague:

Public recording of law enforcement has become a hot-button issue for political conservatives, in this case in Arizona. After George Floyd’s recorded murder by a Minneapolis police officer galvanized the Black Lives Matter movement during the summer of 2020, calls for clamping down on speech near law enforcement activity gained steam.

“At a time when the public is demanding police accountability, Arizona wants to criminalize the public’s most effective tool for shining a light on police violence,” ACLU of Arizona Legal Director Jared Keenan said in a statement. “This law is not only unconstitutional, it is bad public policy.”

Law&Crime reached out to Arizona AG Brnovich’s office for comment in response to the lawsuit.