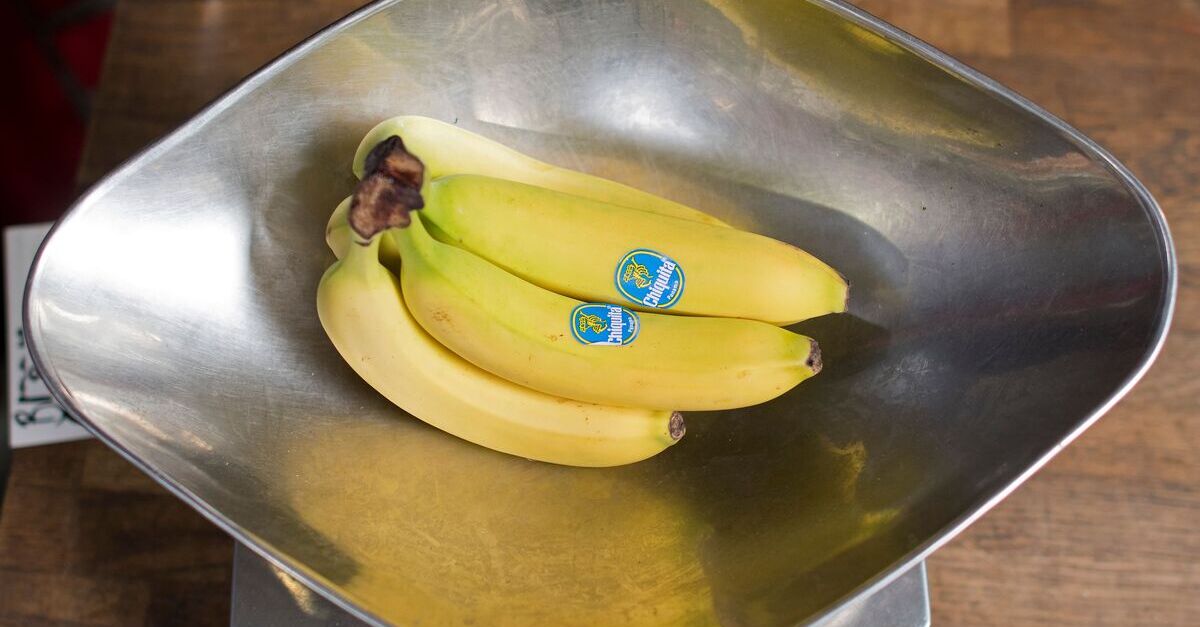 Chiquita branded bananas are weighed on a scale.

A federal appellate court resurrected a major lawsuit Tuesday against banana company Chiquita Brands International for allegedly supporting a Colombian terrorist group that kidnapped, tortured, and murdered plaintiffs’ family members during a civil war. A panel of the U.S. Court of Appeals for the 11th Circuit found that the trial court “got some right and some wrong” on its evidentiary calls, and that the plaintiffs had put forth enough evidence for the case to survive to the next phase of litigation.

The lawsuit has been going on since 2008, when a large group of plaintiffs brought claims against New Jersey-based Chiquita under Torture Victim Protection Act. Their civil lawsuits came just after Chiquita pleaded guilty and agreed to pay a $25 million fine for having made years of payments to the violent, right-wing terrorist organization known as Autodefensas Unidas de Colombia (AUC).  The claims of 14 plaintiffs were chosen as “bellwether cases,” a common technique used in mass torts to assist groups of litigants in predicting case outcomes.

The district court dismissed the bellwether plaintiffs’ claims at the summary judgment phase on the basis that plaintiffs had not presented enough admissible evidence to prove that AUC was involved in the death of their family members. Much of the evidence the plaintiffs hoped to submit was ruled inadmissible hearsay, and the evidence that was admissible was deemed “circumstantial” and “too speculative” by the trial court.

In a 104-page ruling, a three-judge panel of the 11th Circuit sifted through dozens of the trial judge’s evidentiary rulings. The judges — Adalberto Jordan, a Barack Obama appointee, Kevin Newsom, a Donald Trump appointee, and Senior U.S. Circuit Judge Ed Carnes, a George H.W. Bush appointee — examined the factual underpinnings of each proffered piece of evidence. Ultimately, the panel affirmed the trial court’s rulings on some of the evidence, but reversed on others.

In addition to its rulings on various witness statements, the appellate court ruled that the indictment of AUC leader Raúl Hasbún had been incorrectly excluded. The document included a chart listing multiple murders to which Hasbún was said to have confessed, as well as letters by several Colombian prosecutors indicating that AUC leader José Lugo Mangones also confessed to the murders of three plaintiffs’ relatives.

Separate from its rulings on factual evidence, the panel also reversed a trial court ruling on the expert testimony of Oliver Kaplan, an associate professor at the Josef Korbel School of International Studies at the University of Denver and an expert on Colombian politics and armed conflict in Colombia.

Kaplan gave the trial court a history of the AUC and its rise to power, and detailed the group’s motives and the reasons behind its use of violence, and infliction of widespread terror. He also described the AUC’s methods, including those specifically used against the plaintiffs, political enemies, banana workers, and unionists.

While the trial judge ruled that Kaplan and other experts’ testimony was inadmissible because they formed their opinions by “simply collect[ing] historical crime war statistics,” Jordan reasoned that “social science research, theories[,] and opinions cannot have the exactness of hard science methodologies,” and concluded that “Given the full universe of information on which Mr. Kaplan relied,” the trial court should have admitted his expert opinion.

The court ruled, however, that the trial court had been within its discretion to exclude the testimony of a separate expert, retired FBI special agent Manuel Ortega. Jordan reasoned that the basis of Ortega’s expert opinion had not been clear enough to withstand legal challenges.

The court ruled that plaintiff Juvenal Fontalvo Camargo had indeed introduced sufficient evidence that the AUC kidnapped and murdered his son, Franklin Fabio Fontalvo Salas, at a banana farm. Similarly, the panel ruled that Nancy Mora Lemus had introduced enough evidence about having watched two men take her husband from their home, tie him to a pole, and cut his throat.

The court’s ruling focused primarily on an analysis of procedural rules, and made little mention of the strength of the claims against Chiquita. But the court did affirm the lower court’s ruling that the plaintiffs’ claims can proceed against the estate of Roderick Hills, Sr., a now-deceased director and former president of the board’s audit committee at Chiquita.

On the overarching issue of summary judgment for the various claims, the appellate court reversed nearly all the lower court’s dismissals, thus clearing the way for the plaintiffs to proceed with their cases.

“This is one of the most important decisions in human rights law ever.  For the first time, foreign war crimes victims will have their day in court against a multinational corporation, using tort laws and diversity jurisdiction,” Paul Wolf, attorney for some of the plaintiffs, said in a statement to Law&Crime. “They will also be able to use convictions in a Colombian war crimes tribunal as evidence, and thousands of their cases have already been confessed.”

Today’s order was a milestone in this historic lawsuit. The families have been waiting years to have their day in court despite strenuous efforts by Chiquita to have the case dismissed. Now that the appellate court has reinstated the case, the families are looking forward to a jury trial.

Chiquita has long admitted that it illegally funded the AUC. This ruling finally gives our clients the chance to show to the court, and the world, what everyone in Colombia knows: that the AUC used Chiquita’s support to engage in brutal atrocities against civilians in the banana-growing regions of Colombia. There is overwhelming evidence that the AUC murdered thousands of Colombians, including our clients’ family members there.

Simons also said that the court’s ruling regarding circumstantial evidence and expert testimony was “the most significant aspect of this ruling,” because it “show[s] that murders that occurred at times and places where the AUC was in control” and “will apply to hundreds if not thousands of the victims in this case.”

Agnieszka Fryszman, plaintiffs’ counsel at Cohen Milstein, said that the ruling is “important for corporate accountability”:

We are very pleased that the Eleventh Circuit carefully and thoroughly evaluated the district court’s approach to Plaintiffs evidence – in 104 pages – and unanimously reversed the lower court’s summary judgment decision. This is a very important case for corporate accountability. Chiquita has already admitted it paid over a million dollars to the AUC, a paramilitary group designated as a foreign terrorist organization by the United States. The Eleventh Circuit has now found that the Plaintiffs presented sufficient admissible evidence to show that the AUC killed their loved ones. After years of briefing these issues, we look forward to presenting our evidence to a jury and seeking justice for our clients.

Counsel for Chiquita Brands International did not immediately respond to request for comment.