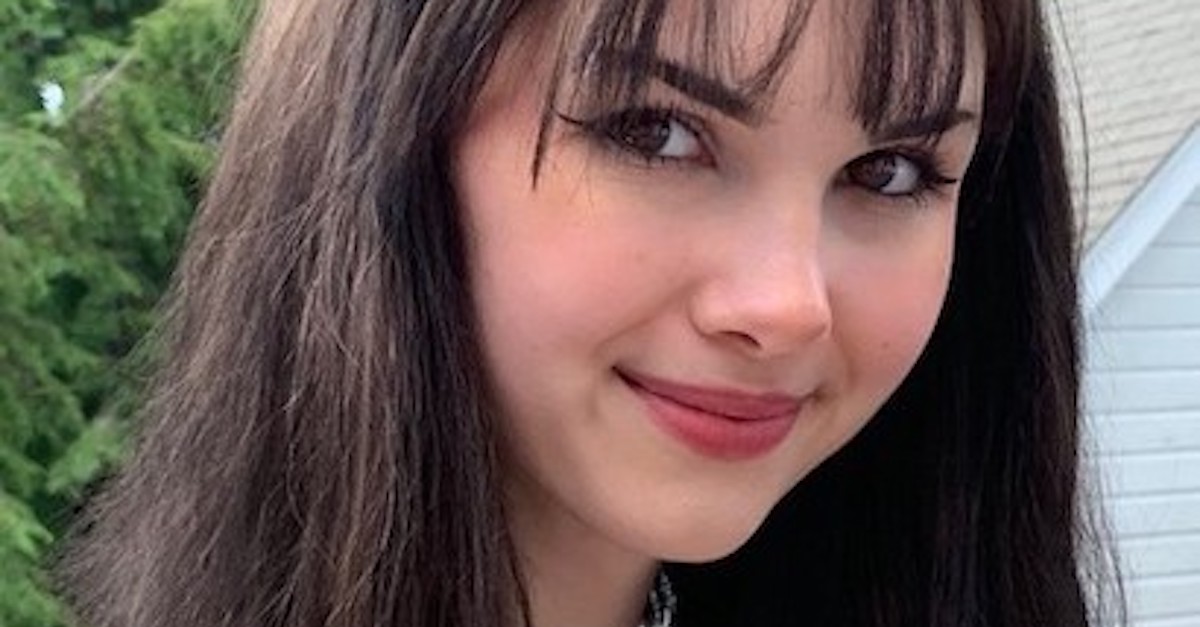 CBS Broadcasting, Inc., on Monday agreed not to publicize so-called “sex and murder videos” or any other “nude images” of Bianca Devins, 17. The Upstate New York teen’s admitted killer, Brandon Clark, recorded himself having sex with Devins before murdering her and subsequently posting at least some of the videos online.

The CBS stipulation is part of a civil lawsuit that the Devins estate — led by her family — filed against Oneida County District Attorney Scott McNamara, his office, and other government actors. As Law&Crime has previously reported in detail, the lawsuit alleges that the county DA provided copies of the Devins/Clark evidence file to various media entities in response to open records request filed under New York State’s Freedom of Information Law. The Devins estate says the transfer of the images violated federal child pornography laws because Devins was under 18 when she died and because the material is sexual in nature.

In court documents filed on Monday, CBS “acknowledge[d] the receipt from the DA’s Office of an external drive containing the ‘murder video,’ additional images of Bianca Devins and other evidence.”

The stipulation states that the plaintiffs, the defendants (the DA’s office, the county, and various individuals connected thereto), and CBS all agreed it was necessary to “preserve the [e]vidence” the DA’s office apparently provided to CBS. The parties proposed that the federal court where the civil suit was filed should act as a custodian for the material pending additional proceedings.

“CBS shall submit to the Court for safekeeping and disposition the external drive containing the Evidence from the DA as it was received from the DA’s Office,” the stipulation states while recapping the agreed-upon procedure for the collection of the material. It continues as follows:

a. the external drive contains the Evidence from the DA as it was delivered to CBS on or about April 25, 2020; and that

b. Evidence from the DA comprises the entirety of the evidence ever in CBS’ possession depicting murder, sex, or nude images of Bianca Devins; and that

c. none of the Evidence from the DA copied from that drive by CBS (“Copies”) has been distributed outside of CBS.

“CBS agrees it shall use reasonable efforts to destroy the ‘sex and murder videos’ or any nude image of Bianca Devins and to retain no duplicates,” the document continues. “For the avoidance of doubt, nothing in this Stipulation shall limit or prevent CBS from broadcasting or disseminating excerpts of other materials copied from Evidence from the DA.”

The court document seems to confirm but then backpedals on the alleged prurient nature of the recordings. It also gives CBS somewhat of an escape hatch should anyone try to attach liability to the news organization for taking possession of whatever the DA’s office provided: “Nothing in this Stipulation shall be deemed an admission by CBS or Defendants that any of the Evidence from the DA contains images that would be deemed pornographic, either under federal or state child pornography laws or any other statute or law.”

In return for the stipulation by CBS to hand over the material, the primary parties to the litigation — that is, the Devins estate and the defendants — agreed not to seek a court order which might force CBS to hand over the material. And the parties agreed to “negotiate in good faith before seeking the production of any potential evidence, other than the external drive . . . from CBS or any of its affiliated companies or any of its or their employees.” Such evidence might hypothetically include witness testimony about the defendants’ actions in response to the open records requests or other documents involving the FOIL transaction which is said to have resulted in the release of the material.

The underlying civil action is proceeding in the U.S. District Court for the Northern District of New York in Syracuse. Carrie Goldberg, the New York City attorney for the Devins estate, said in a letter attached to the stipulation that the parties are seeking a hearing to determine precisely how the court could work with the parties and potentially “other non-parties similarly situated” to take possession of the material. Among the matters to be discussed at the proffered hearing are “the mechanics of implementing the stipulation, including such factors as the method of transport, safekeeping, privacy, the designation of the material as being under protective order and not part of the public file, and limited access by counsel to review and inventory the material,” the letter states.

The various defendants have argued that the estate cannot recover damages because Devins is dead and therefore has no privacy rights to assert — among other defenses. But the prosecutor’s office has also agreed not to provide the material in response to any future open records requests going forward.

Update (Wednesday, Sept. 1st) — The judge overseeing the case expressed concern about the ability of the clerk of court to “serv[e] as a custodian” for “non-cash collateral” during the “pendency of this proceeding.”  Namely, the judge is worried about “the potential for accidental damage to or loss of the external drive” as evidence.  He asked the parties to show cause within seven days as to whether the Devins estate’s attorney could simply serve as the custodian of the material.  The judge’s order tacitly prodded the parties to accept that possible solution or otherwise contest it in writing.

Read the entire stipulation document below:

[image via the Devins family]