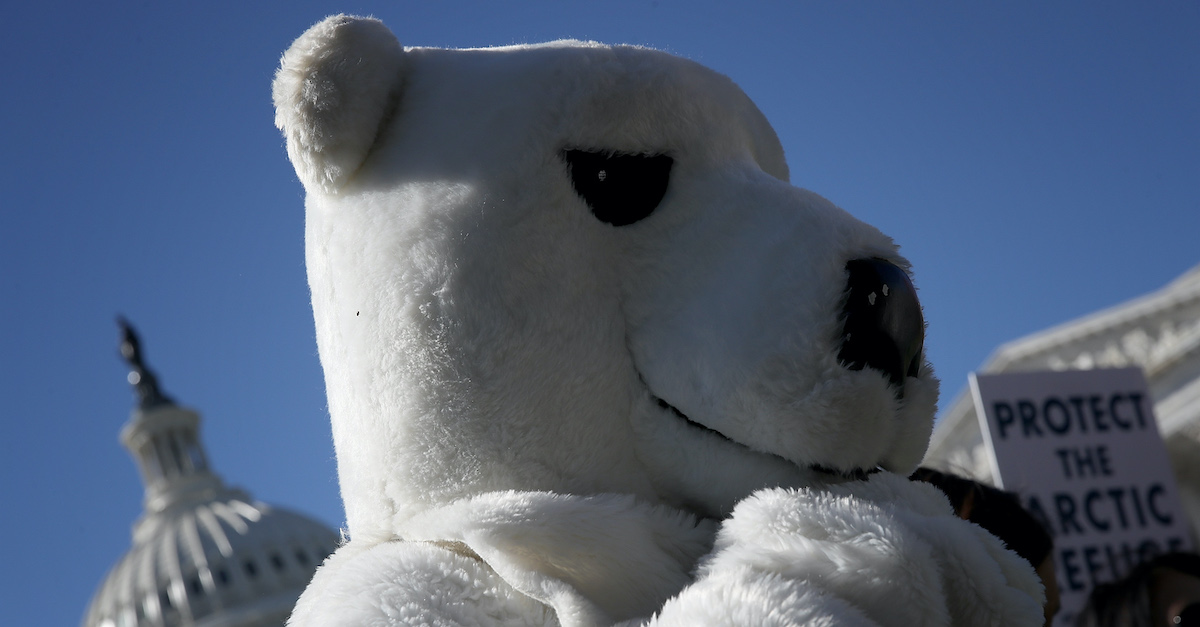 The Trump administration announced on Monday that it had finalized plans to drill for oil in the Arctic National Wildlife Refuge (ANWR), setting the stage for another legal battle.

President Donald Trump has touted in recent days and weeks an America that is “now energy-independent for the first time I guess ever.” “And we are very powerful on energy,” he told Fox News’s Sean Hannity last week. During the interview, Hannity specifically highlighted the opening of ANWR to drilling.

While some locals have gone on record to say they support ANWR drilling—citing potential economic benefits—others have promised to take the Trump administration to court in a bid to protect the environment. Per the Washington Post on Monday:

Environmentalists and some Alaska Natives – including the Gwich’in, who live outside the refuge but rely on the Porcupine Caribou Herd that migrates through it – have pledged to fight the drilling plan in court. Under the 2017 law, the federal government must conduct two lease sales of 400,000 acres each by December 2024.

Stretching into the Arctic Ocean’s frigid waters and 200 miles south on land, the refuge encompasses rolling tundra, jagged mountains and boreal forest. It provides habitat for more than 270 different species, including 900 denning polar bears, 250 musk oxen and 300,000 snow geese. While Congress authorized drilling on the coastal plain in 1980, opponents have managed to block energy development there for decades.

Interior Secretary David Bernhardt said that oil lease auctions could happen by the close of 2020. Bernhardt, perhaps anticipating legal challenges, said that the plan was above-board and in compliance with relevant statutes.

“Congress gave us a very clear directive here, and we have to carry out that directive consistent with the directive that they gave, and consistent with the procedural statutes. I have a remarkable degree of confidence that this can be done in a way that is responsible, sustainable and environmentally benign,” Bernhardt told the Wall Street Journal.

The directive Bernhardt is referring to can be found in the Tax Cuts and Jobs Act of 2017. The law spelled out what Interior Secretary shall do regarding ANWR:

David J. Hayes, a top Obama-era Interior Department official, told the Post that the “statutory language is a real tripwire for these guys.”

“[T]he leasing, development, production and transportation of oil and gas in and from the Coastal Plain area within the Arctic refuge,” he said. “You can’t just take the first step of the program.”

Bernhardt, for his part, reiterated that the program “meets the legal mandate that Coastal Plain leaseholders get the necessary rights-of-way, easements and land areas for production and support facilities they need to find and develop these important Arctic oil and gas resources.”