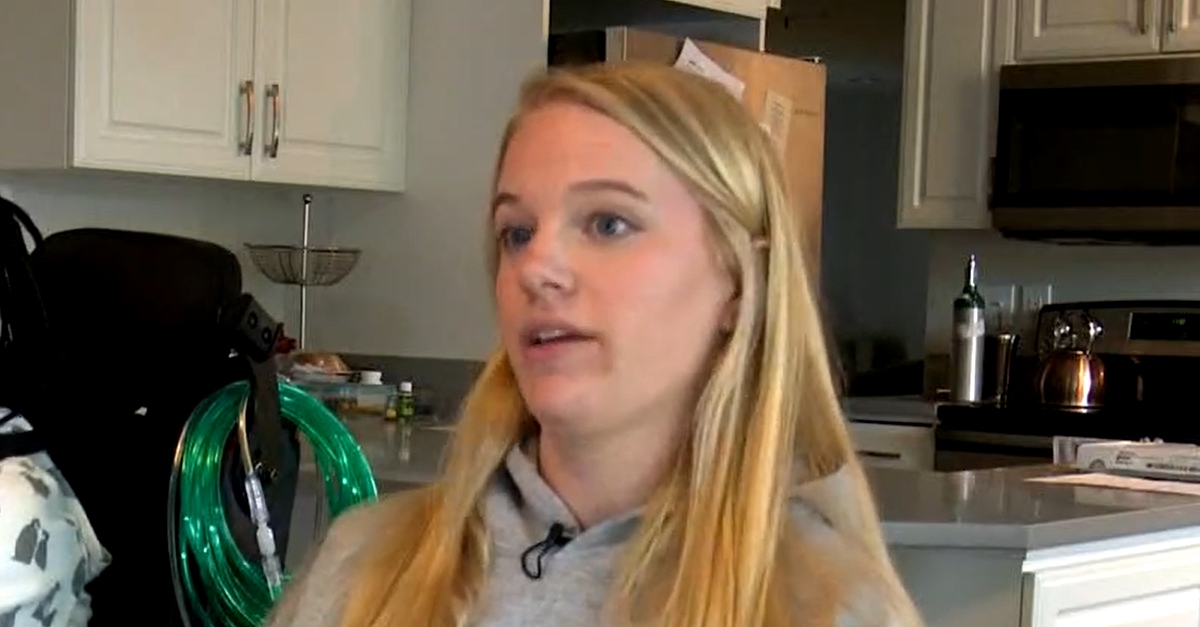 A woman is charged with subjecting her adopted daughter to unnecessary and sometimes invasive medical aids, including a feeding tube and wheelchair. Washington state woman Sophie Hartman, 31, had the 6-year-old girl go to more than 474 medical appointments since 2016, said King County authorities in the criminal complaint.

Hartman first went to Zambia after her freshman year of college on a month-long mission trip, she said in a 2019 interview with King 5. That was when she came across the girl, an orphan aged three weeks. Hartman said she had already been fostering the child’s older sister. She adopted the girls, but claimed to notice that the younger sister’s body acting strangely, either very limp or very tight. Doctors found “significant brain damage,” she said.

Hartman, however, referenced disagreements she had with medical experts about the girl’s condition.

She complained to the neurologist about the child suffering seizures, she said. The girl underwent an EEG, but the doctors said they did not see anything, she said.

“There’d be times where she was like, literally, totally paralyzed, and I go to her doctors, and be like, ‘I know she’s walking right now, but she was literally paralyzed all day yesterday,'” she said. “And they’d be like ‘No, that’s not possible.'” But she insisted the child could not move.

Hartman once spoke at a Make-a-Wish Foundation fundraiser.

“For us this is just what life looks like,” she said. “It’s navigating constant traumatic chaos.”

The girl is fine, authorities said. They removed her from Hartman’s custody in March. During a 16-day stay at Seattle Children’s Hospital, she could eat and drink on her own, could go to the bathroom without medical aid, was able to run and walk without orthotics, and had no need for a wheelchair, they said.

Investigators also voiced concern about Hartman’s ongoing treatment, saying she sought palliative care for the girl and told a paraeducator at the school that the child could “leave us anytime.” The defendant made Internet searches for “songs for sick kids,” “best song for cancer patients,” and “funeral songs,” they said.

“Ms. Hartman’s child was diagnosed with a rare neurological disease, Alternating Hemiplegia of Childhood, by one of the few expert pediatric neurologists in the world from Duke University and by a neurologist at Mary Bridge Hospital in Tacoma,” lawyers Adam Shapiro and Jessica Goldman wrote in a joint statement. “The child has been evaluated and treated by the doctors at Duke for three years. Contrary to the allegations of the King County Prosecuting Attorney, the child’s diagnosis was made by more than one doctor, is legitimate, and is based on a substantial record beyond the reports and information provided by Ms. Hartman.”