Woman Had Her 12-Year-Old Daughter Travel from Texas to Georgia for Man to Sexually Abuse: Cops 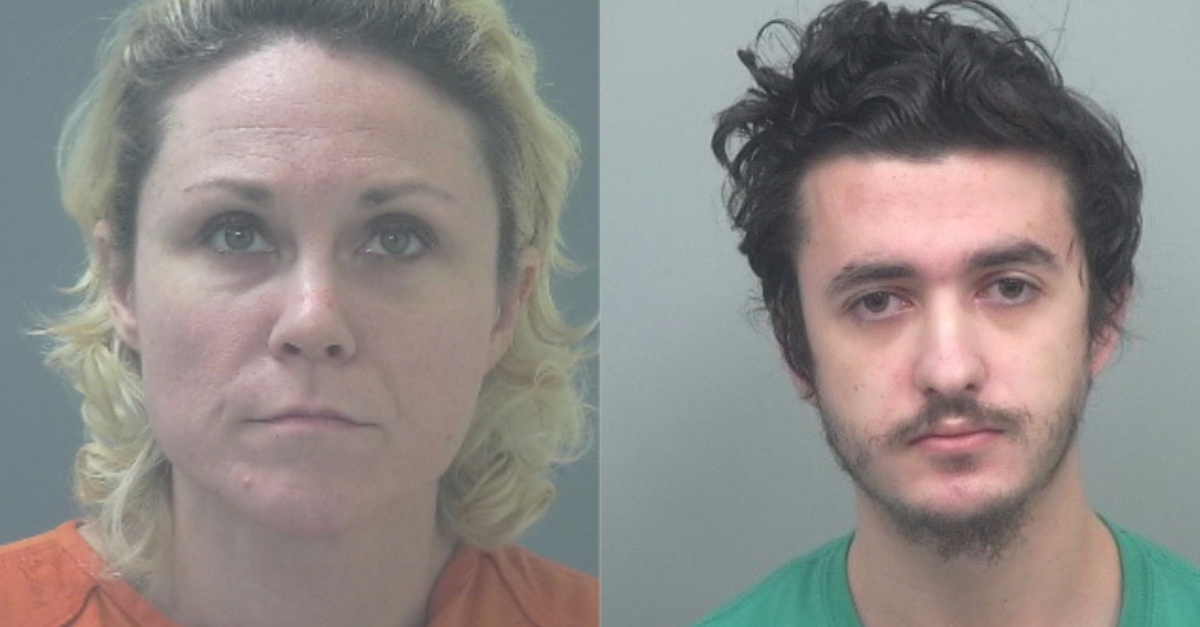 A woman allegedly had her 12-year-old daughter fly from Texas to to Georgia for a grown man to sexually abuse, according to cops. Adrienne Klein, 43, and Gesart Hoxha, 20, were arrested, officers announced Thursday.

The Gwinnett County Police in Georgia said their counterparts in Arlington, Texas, put this on their radar. Investigators claimed to learn that Klein, a resident of Gulf Breeze, Florida, had her daughter travel to be with Hoxha, a resident of Buford, Georgia.

“Our detectives learned that Klein and Hoxha facilitated the transportation of Klein’s 12-year-old daughter across state lines from Texas to Gwinnett,” police said. “Detectives executed a search warrant at Hoxha’s home, 1869 Appaloosa Lane in Buford. Large sums of cash, explicit photos of the victim were uncovered. Hoxha and the minor exchanged several messages online including the explicit photos. Klein and Hoxha arranged travel to Gwinnett County for Klein’s 12-year old daughter by purchasing the flight for the child to fly from Texas to Gwinnett County, and provided money for the hotel stay.”

Klein was charged with enticing a child for indecent purposes and cruelty to children in the second degree, and she is facing extradition from Florida to Gwinnett County, officers said. Online jail records from Santa Rosa County, Florida, show that she was booked on Dec. 14 and remains locked up without bond.

Hoxha is charged in Gwinnett County with child molestation, statutory rape, enticing a child for indecent purposes, and use of a minor in sexually explicit conduct for visual medium, cops said. He faces a count of indecency with a child by sexual contact in Texas. Online records from Gwinnett County show he was released on bond Dec. 15.