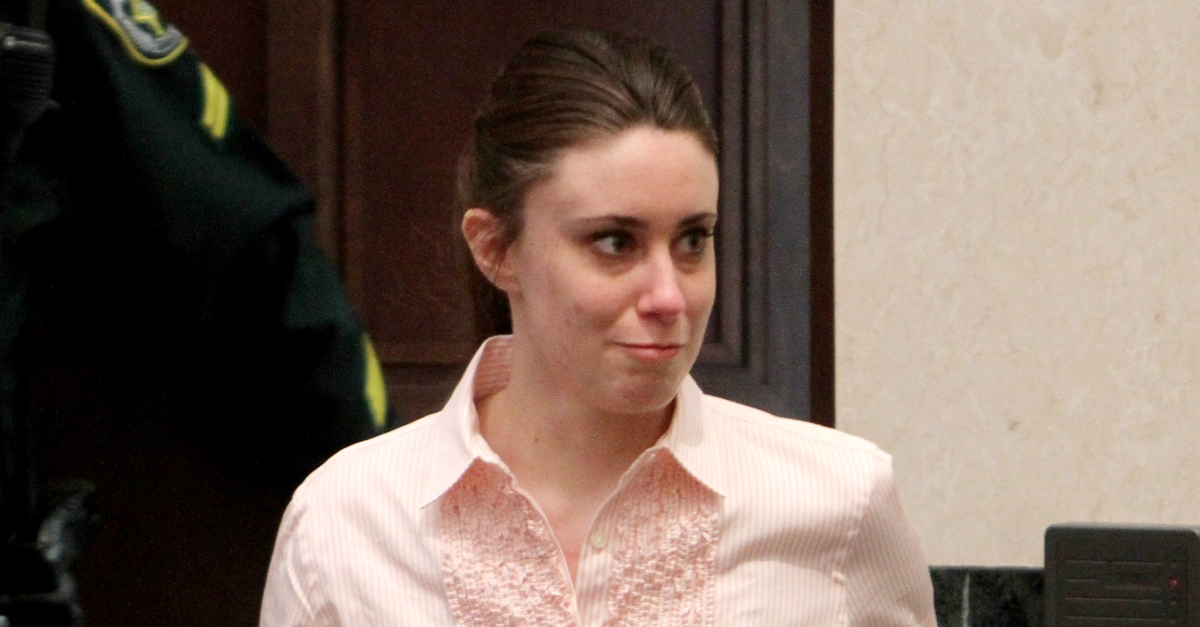 Casey Anthony after he acquittal in 2011

A woman in a recently reported argument with acquitted murder defendant Casey Anthony denied it had anything to do with an ex-boyfriend.

“It wasn’t just over an ex-boyfriend,” Thelma Moya told Fox News in a Wednesday report. “There’s more to it I wish to not say.”

As previously reported, Anthony—who only talked to 911 after her daughter Caylee was missing for a month—called police in the new incident at O’Shea’s Irish Pub in West Palm Beach, Florida on Sunday. She claimed that Moya spilled water on her left leg during an argument about an ex-boyfriend they were dating at the same time, according to authorities. She asked for it to be documented, and an officer told her how to file a restraining order, police said in their report. Anthony said she did not want to pursue it, but she said it was an ongoing issue for years.

Now, Moya has insisted this had “zero to do with an ex-boyfriend,” but she declined to clarify her position on what it was about.  She and Anthony are “not friends,” she said.

A spokesperson for Anthony was similarly cagey in a TMZ report on Monday. Anthony will not press charges, the spokesperson said. The representative declined to get into the backstory of the relationship, saying: “there is none.” The woman attacked Anthony under a false premise, they said.

Anthony is best known for being acquitted in the death of her daughter Caylee, 2. She appeared to be carefree amid her toddler’s disappearance, according to prosecutors and testimony. Emergency 911 calls indicated that she only reported the disappearance of her daughter amid a dispute with her mother about a car.

“I’ve been looking for her and just gone through other resources to find her, which was stupid,” she said in one audio.

Anthony dosed her daughter with chloroform and smothered her with duct tape over her nose and mouth, prosecutor Jeff Ashton said in closing arguments in 2011.

Attorney Jose Baez told jurors the state’s case was a “fantasy of forensics,” with “no DNA, no fingerprints, nothing.”

“She’s a liar and a slut,” Baez said in a sarcastic portion of his closing argument, according to ABC News. “Convict her on that…she made some stupid decisions, but let’s make her pay with her life.”

The lawyer maintained Caylee’s death was an accidental drowning, suggested the defendant’s father George Anthony participated in a cover-up, and said that his client’s lies about her daughter’s disappearance were a coping mechanism. The elder Anthony denied wrongdoing at trial and said he would have done anything to save Caylee.

“‘Stay away from me,’” he said, when asked in a 2017 Crime Watch Daily interview about what he’d tell daughter Casey if he saw her again.