Drink Spilled on Casey Anthony During Argument over Ex-Boyfriend: Police 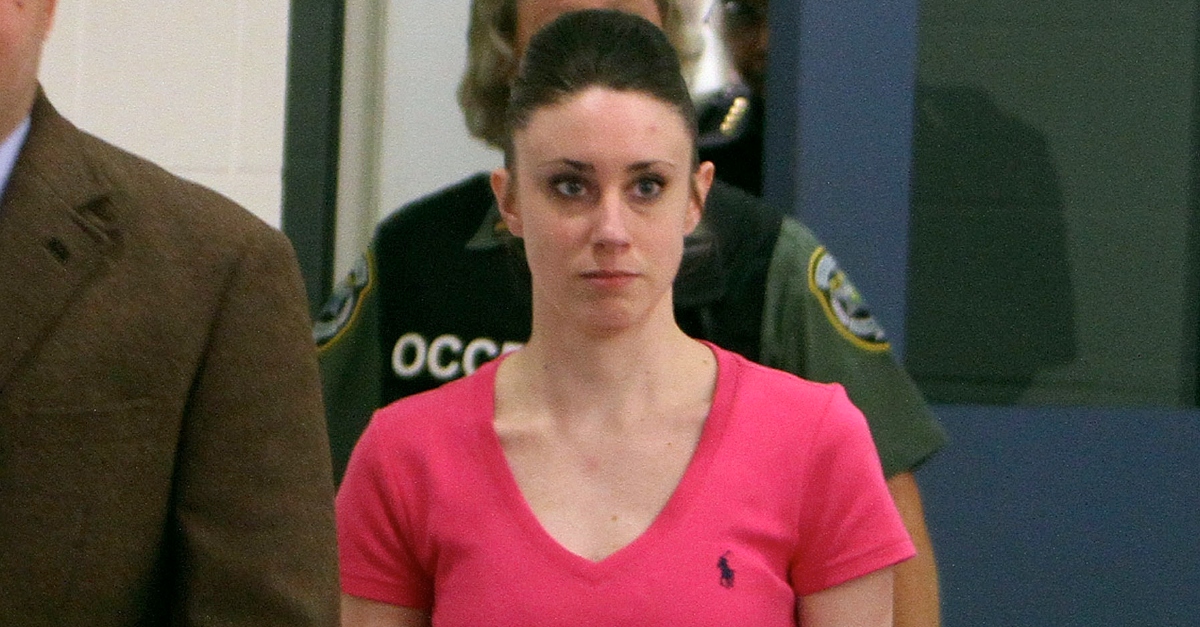 Casey Anthony, best known for her 2011 acquittal in the alleged murder of her daughter Caylee, filed a police report on Sunday after a woman allegedly spilled a drink on her.

Cops were called to O’Shea’s Irish Pub in West Palm Beach, Florida on Sunday, according to a report obtained by WESH. Anthony, now 35, claimed she got into an argument with the woman, saying they had both dated an ex-boyfriend at the same time, police said. The argument escalated with the woman spilling water on Anthony’s leg. Anthony, for her part, wanted this on the record.

According to cops, the woman who called in said she had drinks thrown in her face. In any case, cops said they told Anthony how to file a restraining order. She allegedly said she did not want to file for one at that time. Anthony described the dispute as ongoing, police said.

She will not press charges, a spokesperson told TMZ. The woman is reportedly a former friend of Anthony’s. The spokesperson reportedly declined to delve into the backstory of the relationship, saying “there was none.” They maintained that the woman attacked Anthony under a false premise.

Anthony went on trial in the disappearance and death of her daughter Caylee, 2, almost a decade ago. She waited a month before reporting the child missing, and appeared to be carefree in spite of all of it, according to prosecutors and testimony. Anthony’s defense maintained that the child died in an accidental drowning. At the very least, jurors agreed that Anthony did not kill her daughter, but did convict her of lying to investigators.

One of the jurors in the Anthony trial recently discussed what “haunts” him “to this day” about the case.

“I think now if I were to do it over again, I’d push harder to convict her of one of the lesser charges like aggravated manslaughter,” the juror told People. “At least that. Or child abuse. I didn’t know what the hell I was doing, and I didn’t stand up for what I believed in at the time.”