Karina See Her Charged with Murder of Husband Kou Yang 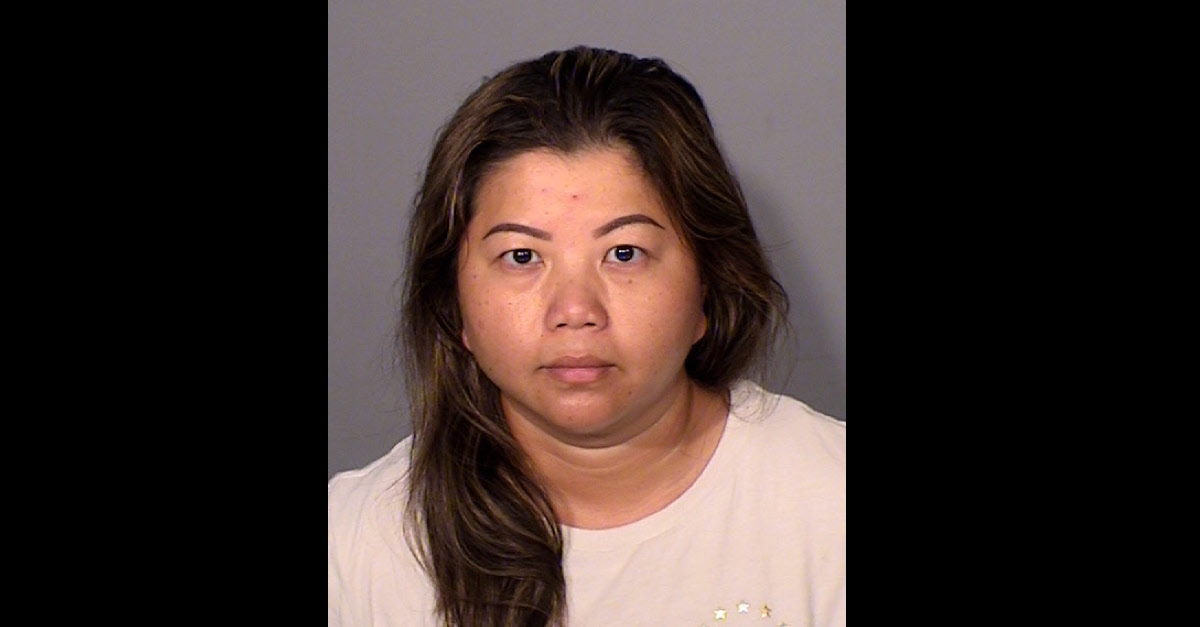 A Minneapolis woman killed her estranged husband and buried him under a shed in the backyard, in a crime that came to light after her daughter reported her suspicions and a neighbor alerted police to a “bad smell” that “lasted for a solid week,” according to her criminal complaint.

Authorities claim that they found the body of Kou Yang, 50, on Saturday, after excavating an area beneath a shed that his former wife, Karina See Her, 40, had put up in the backyard in the house they shared in St. Paul.

The grisly discovery came more than a week after police had visited the home Yang and Her shared for a wellness check—the same day Her’s 17-year-old daughter had called police and told them she believed Her might have killed Yang, her stepfather.

Family members had reported last seeing Yang in early July, according to a Pioneer Press report.

During the July 22 welfare check, Her said she didn’t know where Yang was, but he may have gone to Oklahoma in their RV because Her had threatened to get a protection order in place because she was scared of him. Her and Yang had agreed to a divorce, but were living together until the house could be sold, according to court documents.

Authorities say Her told them that Yang had left “many times in the past, and he had gotten mad at her for following him.” Her said she had tried calling Yang many times, but there was no answer, and police advised Her that she should “probably make a missing person report,” according to court papers. Her allegedly called 911 and reported Yang missing later that afternoon.

This wasn’t the first time police had visited the home of Her and Yang. The probable cause statement for the arrest warrant noted that police had responded to a call to the house in June “because the couple had a dispute and Her had been staying in the RV.”

During the welfare check police walked through the house and noted that several rooms “appeared to be in the process of being remodeled. Some bedroom windows had tape around them as if they had just been painted,” the statement says. Her told the police that she and Yang were “fixing up” the house to sell it as part of their divorce agreement, authorities say.

Later that night, at around 9:30 p.m., Her’s 17-year-old daughter also called 911, and told them she hadn’t heard from Yang, her stepfather, in several weeks. Her’s daughter also told dispatch that she believed her mother may have killed Yang, authorities say.

According to the probable cause statement, Her’s daughter said that she had been staying with a friend for a few days, and when she came home on July 2, there was a hole in the backyard where there had previously been plants, and a tarp (or similar fabric) was covering the hole. Within a few days, according to the daughter, Her had put bricks and concrete over the hole and erected a shed where the hole had been.

Authorities say that Her’s daughter also told the 911 dispatcher that after the wellness check, she got a text from her 12-year-old sister that read, “Mommy is suspicious.”

A few days later, on July 25, police spoke to a neighbor, who said that since July 3, he noticed that Yang was “no longer around.” This neighbor also told police that there was a “bad smell coming from back in the corner by the garden a short time after July 5,” according to court documents. “The smell lasted for a solid week.”

On July 29, police say they executed a search warrant on the house.

“Blood spatter was found on a wall in the northwest bedroom,” the probable cause statement says. “The wall had been painted over. Blood spatter was found on a window covering in the northwest bedroom. A carpet machine in the garage had blood inside it. The carpet machine box also had blood on it. Blood was also located in the laundry room.”

Police say a cadaver dog indicated the presence of a body under the shed, and on July 31, officials say they excavated what turned out to be Yang’s body from the hole Her had dug in the yard. An autopsy later revealed that Yang had been shot twice in the back of his head, police say.

Police arrested Her on Saturday, according to the Ramsey County sheriff. She is charged with second degree murder, not premeditated.

Her is believed to have killed Yang on or around July 1. If convicted, Her could face up to 40 years in prison. She is currently in custody on $2 million bail.

Read the search warrant and probable cause statement, below.