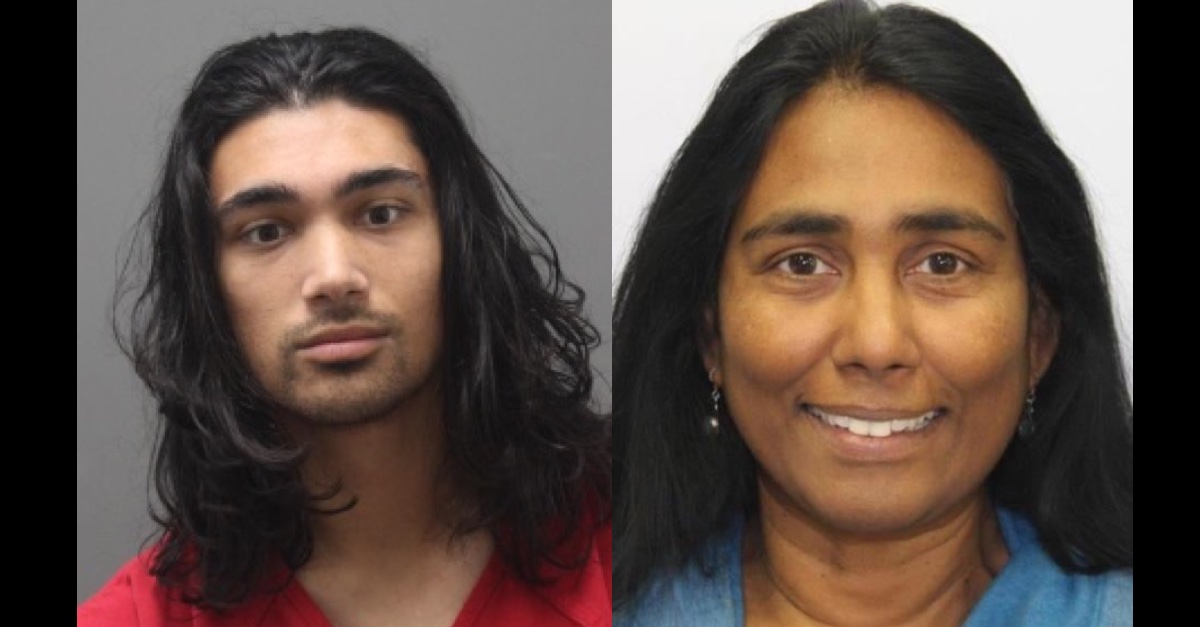 Andrew Beavers is in custody after being arrested and charged with the murder of his mother, Juanita Koilpillai, in Tracys Landing, Maryland.

Police were first called to Koilpillai’s house the afternoon of July 25, after her boyfriend called and reported her missing, according to a statement from Anne Arundel county police. The person who called also said there was blood inside the house.

In searching the house and surrounding area, police found the body of Juanita Koilpillai, 58. The victim was reportedly a cybersecurity executive. Those who knew her said she was a brilliant, tenacious, and extraordinary woman of “genius.” She “suffered apparent trauma and was pronounced deceased at the scene,” Anne Arundel police said in a statement on July 26.

The medical examiner would later determine that Koilpillai’s cause of death was “multiple sharp force injuries.”

Investigators determined pretty quickly that Koilpillai’s death was a homicide.

“Preliminarily, the evidence indicates this was a targeted incident and not a random act of violence,” the police statement said.

Koilpillai’s car was missing from the scene, but police found it days later, on July 26, in Leesberg, Virginia—with the suspected murder weapon inside.

According to police, both Koilpillai and Beavers’ DNA was on the weapon.

“Evidence supports that after murdering his biological mother and secreting her body outside he then fled to Leesburg Virginia in her vehicle,” the police statement said. According to witness interviews, Beavers lived with Koilpillai.

Beavers had a “fresh laceration on his right hand in which he would not explain,” the police statement said.

Beavers was taken into custody in Leesberg, Virginia, on Saturday, and was set to be extradited to Anne Arundel County, Maryland. He has been charged with first and second degree murder.