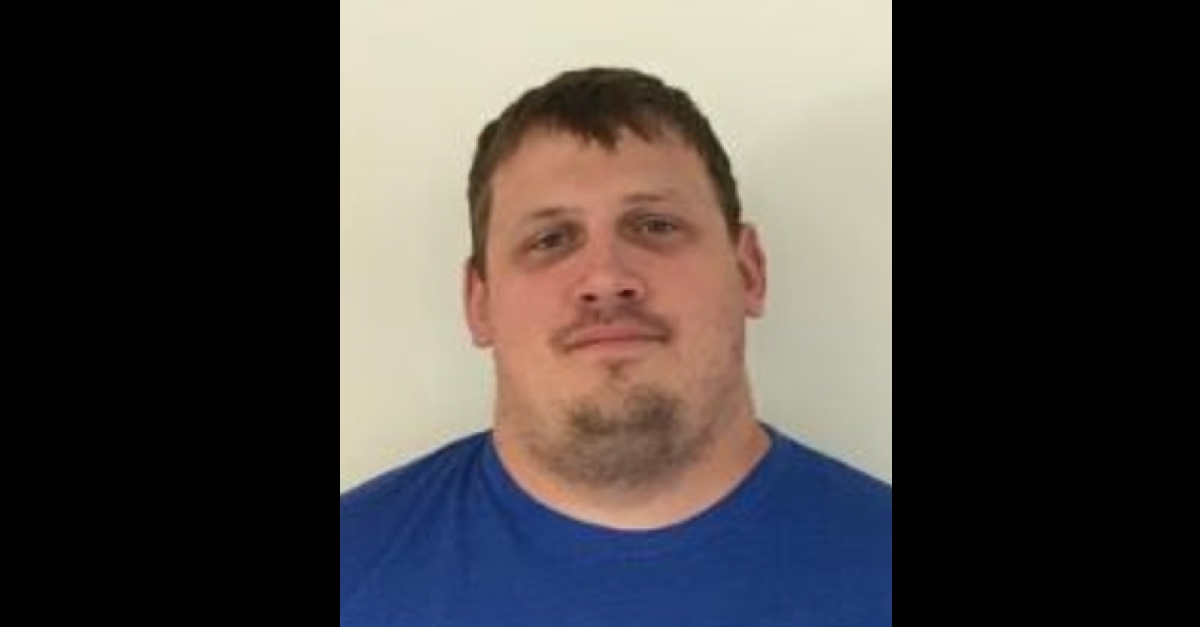 A Wisconsin man has been arrested and charged with allegedly sexually assaulting a 10-year-old girl at a Christian summer camp in 2009.

Remington Jon Nystrom, 33, has been charged with one count of First-Degree Child Sexual Assault Contact with a Child Under Age 13, the Wisconsin Department of Justice announced Thursday.

Authorities say Nystrom was a camp counselor at a Mount Morris camp in Waushara County when he allegedly “touched the 10-year-old victim’s genitals, waking the victim from sleep,” according to the Wisconsin DOJ.

The Mount Morris Camp and Retreat Center is affiliated with the Moravian Church of America, according to a Milwaukee Journal Sentinel report. The center “offers individuals and groups the opportunity to gather in a scenic natural setting, to experience the beauty and wonder of God’s creation, to discover God’s presence in the hospitality of Christian community and the blessing of spiritual rest, relaxation, refreshment and renewal,” according to its website.

The charge in the case stems from a report made to the Wisconsin Attorney General’s Clergy and Faith Leader initiative, the Wisconsin DOJ said in its announcement.

“This case is possible because of the report made by a brave survivor and the diligent work of investigators, victim service professionals, and prosecutors,” Attorney General Josh Kaul said in the announcement. “We continue to ask anyone with information about clergy and faith leader abuse to make a report to the Wisconsin Department of Justice.”

The victim had not previously reported the assault to either church or legal authorities, prior to reporting the abuse to the attorney general’s office, according to the Wisconsin DOJ.

Wisconsin court records show that Nystrom has been charged with first degree child sex assault. He posted $5,000 bond Friday. Under court order, Nystrom is prohibited from having contact with anyone under age 18 unless unless the minor’s parent or guardian is present.

Nystrom was also prohibited from having contact with the Mount Morris Camp.

Records also show that Nystrom was convicted of sexual assault in 2019, when he pleaded no contest to charges of sexual assault and causing mental harm to a child stemming from an incident in 2008. He was sentenced to six months in jail and ordered to register as a sex offender.

According to the Sentinel Journal report, Nystrom’s arrest is the first criminal charge to result from the AG’s statewide investigation into clergy and faith leaders accused of sexual abuse. Kaul launched the initiative in April, and by October, the Wisconsin DOJ had received more than 180 reports of abuse that were being investigated, the Sentinel Journal said.

According to the Wisconsin Department of Corrections Sex Offender Registry, Nystrom will remain on the registry until 2039.

He is scheduled for a preliminary hearing Feb. 14.