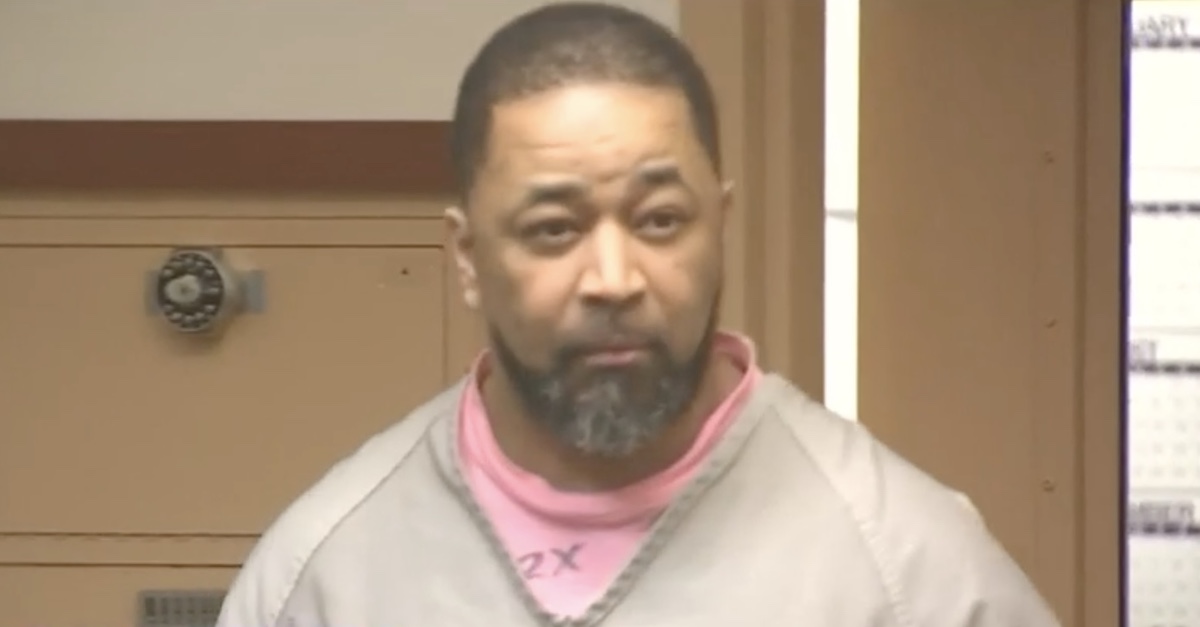 A 54-year-old Washington man may spend the rest of his life behind bars for raping a woman while wearing a jack-o’-lantern Halloween mask, among other crimes.

Pierce County jury on April 11 found Bell guilty on one count each of second-degree rape, second-degree assault, first-degree burglary, and second-degree robbery stemming from a pair of incidents that took place in 2019, Adam Faber, the communications manager for the Pierce County Prosecuting Attorney’s Office, said in an email to Law&Crime.

Judge Rumbaugh credited Bell with 1,226 days of time served. If released, Bell will be on parole for the rest of his life. In addition, he must register as a sex offender and is prohibited from having any contact with his victims, the sentencing order states.

Prosecutors dismissed one count of first-degree attempted kidnapping after the jury was deadlocked on the charge.

According to a report from The Tacoma News Tribune, Bell on March 8, 2019 went into Lovers, a sex shop located on Meridian Avenue in Puyallup, just before the store closed. He was reportedly wearing a metallic pumpkin mask. Bell grabbed a female employee by the throat and demanded that she load his bag up with “cash and penis enhancement pills,” according to the News Tribune.

Prosecutors said Bell then fled the scene with $1,450 in cash and items with a retail value of $464.50, according to a report from Seattle CBS affiliate KIRO-TV.

Investigators said Bell also tried to force a female employee to leave the store with him. He reportedly grabbed the victim’s neck and and attempted to force her out of the store before another employee intervened.

Three days later, Bell escalated his violent behavior. He robbed the Castle Super Store on South Tacoma Way in the early morning hours of March 11. At approximately 1:30 a.m., Bell went to the store and waited outside of the door. Wearing the same jack-o’-lantern mask used in the Lovers robbery, he confronted two employees, a male and a female. He demanded that they give him the keys to get into the store.

According to the News Tribune, Bell punched the male employee in the face, then assaulted and raped the female employee.

Read the sentencing order below: