3 Girls Found Dead in Pond Near Where They Lived, Texas Authorities Say 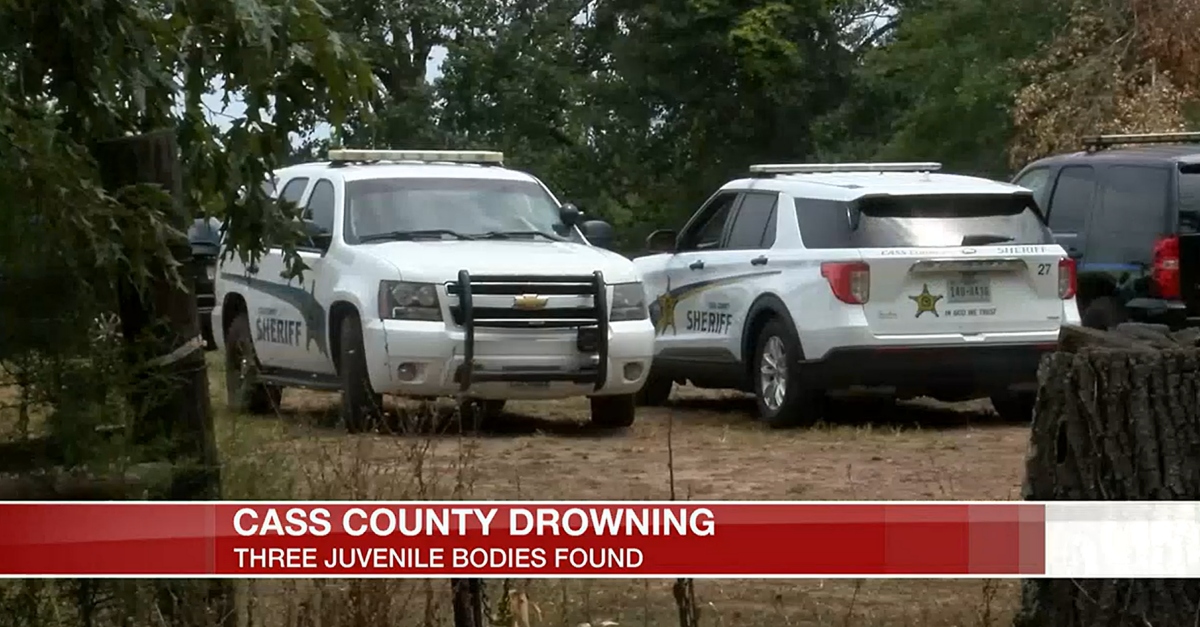 Investigators in Cass County said that the children were reported missing at around 10 p.m. on Friday, according to KSLA. Agencies including Texas Parks and Wildlife, Cass County Sheriff’s Office, and volunteer firefighters responded.

Investigators made the tragic discovery several hours later on a private pond near Highway 77.

“We located items of clothing around a pond and in a pond,” Texas Game Warden Shawn Hervey reportedly said. “So, we centered the search around that small body of water, and with the use of divers we were able to recover three victims at approximately 2 a.m. this morning.”

“A pair of shoes was found at the edge of the pond, leading investigators to search the water,” Cass County Sheriff Larry Rowe said, according to The Texarkana Gazette.

The children’s bodies were sent for autopsies. It’s unclear why the children were at the pond in the first place.

“We have no idea what the girls were doing there,” the sheriff said, according to the Gazette.

“Nobody has been accused of anything,” Rowe reportedly added.

The caller who reported the girls missing is believed to be a friend of their mother. That person was with the children and their siblings while the mother was at work, according to the Gazette.

It is unclear if the girls knew how to swim or if they often played at the pond.

“That is unknown, whether they were swimmers or not,” Lieutenant Game Warden Jason Jones said, according to KTAL. “None of them had lifejackets on, so I don’t know how strong of swimmers they were or if were swimmers at all.”