W. Va. Man Attacked Showering Roommate with a Machete, Then Slit the Man’s Throat Before Turning a Gun on Himself 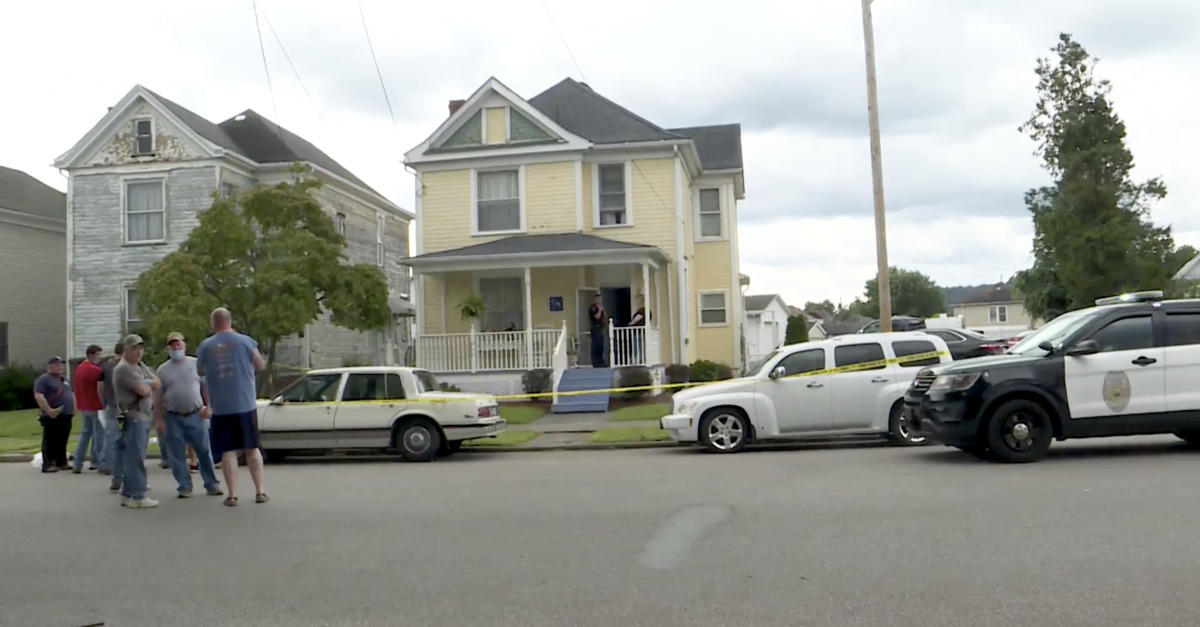 The deadly use of a large-sized hacking blade and a subsequent suicide-by-shooting in West Virginia over the weekend has left a small community’s law enforcement officials shocked at the violence.

“You could hear a woman screaming on the phone,” Moundsville Police Lieutenant Steve Kosek said during a press conference. “It was approximately four minutes in length and dispatch ascertained that a man in the residence had a knife and multiple persons were injured.”

Late Saturday afternoon, just after 2 p.m., Nicholas Ryan White, 40, attacked and killed Thomas Neal McKeever, 71, with a machete, according to the Moundsville Police Department. After the attack, the murderer obtained a small handgun from his victim, police say, which he used on himself as sirens blared and officers sped toward the residence where the two men would eventually bleed out and die.

By the time officers arrived, White was already dead from his self-inflicted wound. McKeever was reportedly clinging to life in a non-relevant and “moribund” fashion or had also already died, according to The Times Leader and local Fox affiliate WTOV, respectively.

“From witness interviews and from the evidence, it appears 40-year-old Nicholas White attacked 71-year-old Thomas McKeever while he was taking a shower with a machete,” Kosek told the local news channel. “Mr. White also used a knife, and then he later took his own life with a .45 caliber handgun, which belonged to Mr. McKeever.”

The media-facing officer elaborated in comments to the local paper: “A smaller knife was also used, and that appears to have been the cause of death,” the lieutenant said with regards to McKeever. “Mr. White retrieved a .45 caliber handgun belonging to Mr. McKeever and took his life just prior to our arrival, within minutes,” he continued.

That smaller knife was reportedly a survival knife–and was used to cut McKeever’s throat so badly that his death was never in doubt.

Two witnesses, who also live in the house, told police they saw the frightening incident unfold and tried to stop the killing–to no avail.

“They witnessed this and attempted to intervene. Both were not physically injured,” Kosek told statewide radio network MetroNews.

Describing the scene as “gruesome,” Kosek noted that the very first responder on the scene was also the department’s youngest member.

“It’s something you certainly remember but everyone that does this is trained to do that,” the lieutenant told the outlet on Tuesday morning. “You never know if day one on the job you’re going to encounter something like that or 20 years from now, you just don’t know.”

The killing has been described as a domestic dispute. The two men lived together but were not related. The other two adults who attempted to intervene called 911 as the attack was in progress.

A motive, so far, has proven elusive.

“The motive is unclear,” Kosek added in comments reported by the Times Leader. “They said [White has] suffered from longtime psychiatric problems and substance abuse problems, although, specifically, we do not have a motive nailed down.”

This is the first murder in the area since 2016, the paper reports. The year before that, another murder occurred. Neither of those two prior homicides have been solved. Police say the 2016 murder of 15-year-old Kyle Morgan is still an open case.

Local CBS and ABC affiliate WTRF reported a banal coda to the Saturday spate of violence that neighbors said was highly uncharacteristic of their community that runs along the Ohio River:  “[a]round four Saturday evening, crews prepared to carry bodies out of [the] home on Second Street.”