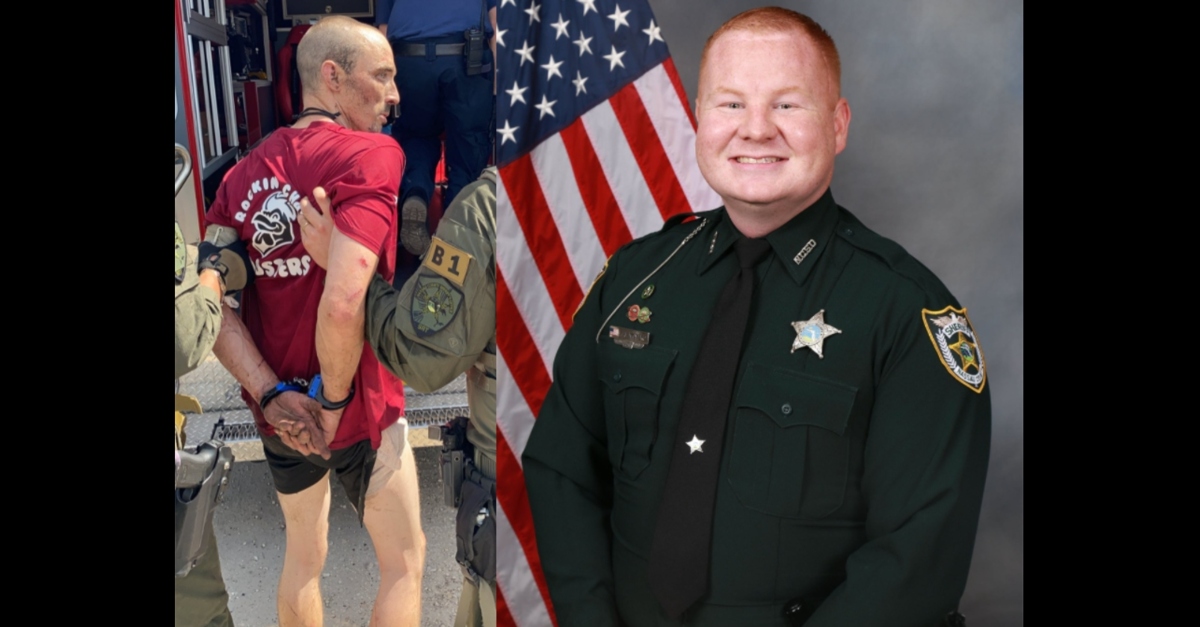 The man who allegedly shot and killed a deputy has been arrested, authorities in Nassau County, Florida said on Tuesday. Patrick McDowell, 35, was taken into custody — and another man is saying that authorities mistook him for the suspect and beat him up.

Thank you all for your support in this search.

Please continue to pray for the Moyers family. 💙🙏 pic.twitter.com/zo3lhcO31a

McDowell shot and killed Deputy Josh Moyers, 29, in a traffic stop on Friday, according to authorities. He struck the victim in the face first, then again in the back while Moyers was on the ground, said Nassau County Sheriff Bill Leeper. McDowell, a U.S. Marine veteran, also allegedly used a rifle to shoot a K-9 named Chaos during the search on Friday.

Tonight we begin our 1st shift without you. Tonight we put on a brave face and hide the tears; as there is work to be done…As this night won’t be easy, we hope to soon bring this nightmare to an end. Rest easy knowing Bravo Team is carrying you with us. We love & miss you Moyers pic.twitter.com/tOEhpnl9CI

The late deputy is survived by his fiancée. A GoFundMe campaign to help support her has raised $37,831 of a $50,000 goal as of Tuesday.

Authorities got a tip about McDowell’s location and found him at the Kirsten Higginbotham Sports Complex, Leeper said at a press conference, according to The Orlando Sentinel. As the sheriff described it, McDowell did not cooperate at first when SWAT surrounded him but he surrendered after a K-9 bit him in the arm. 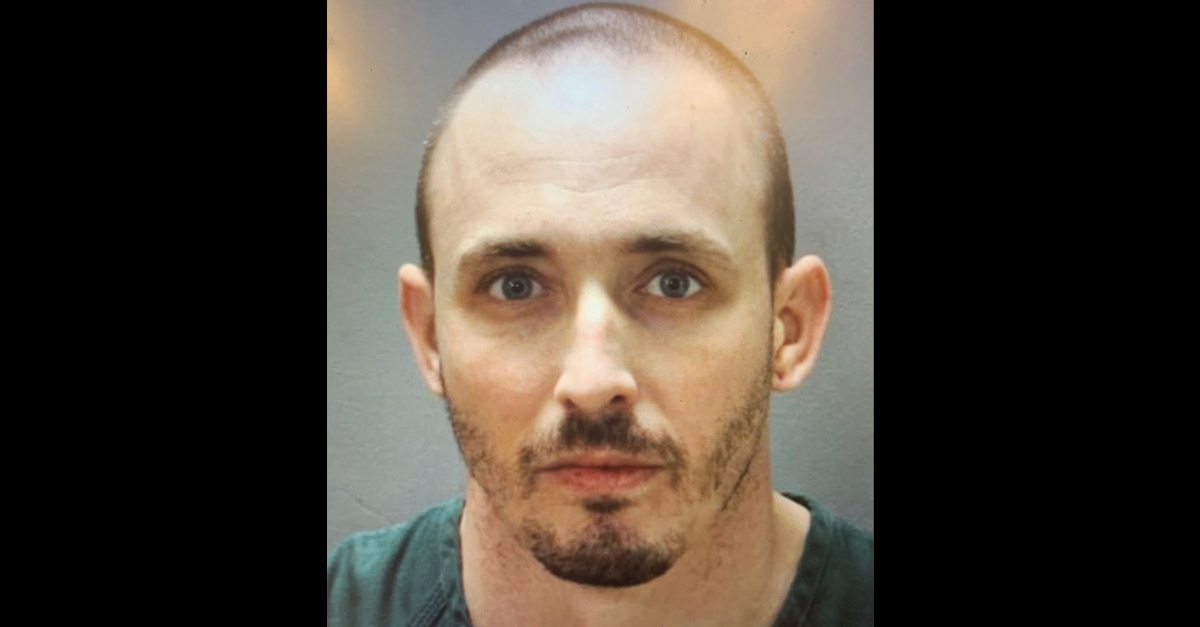 Leeper described McDowell with contempt in detailing how the 35-year-old emerged from the bathroom where he was hiding.

“He crawled like a baby, like the coward he is,” Leeper said. McDowell received treatment for the bite and gunshot wounds got he sustained from exchanging gunfire with deputies during the manhunt, the sheriff said.

Leeper also said they had arrests pending for people who helped McDowell, saying authorities have at least one in custody and there could be more.

“I wish he gave us an opportunity to shoot him, but he didn’t,” Leeper said of McDowell.

Meanwhile, another Florida man has come forward and said that deputies beat him up during the search for McDowell. Matthew Thompson, sporting a black eye and other visible injuries, told WJXT that he was doing yard work at his uncle’s home when a K-9 attacked him.

“The night of the shooting, I was at my uncle’s house, helping him clean his yard up, and I went outside to check a fire, and next thing I knew, I had a dog on my arm and had about 10 cops beating me up and took me to the hospital and handcuffed me to the bed,” Thompson told the outlet in a Tuesday report. “They released me yesterday.”

Thompson asserted he told deputies and Jacksonville police he was not McDowell. In his account, one of the officers took out Thompson’s wallet for his driver’s license. One of the officials said they had the wrong guy. Thompson claimed the beating continued, however.

“They broke three of my ribs,” he said. “Stitches in my lip and back of my ear, I have bruises on my side, all down my leg. They mistreated me.”

Deputies brought Thompson to a hospital where he remained for two days while handcuffed to his hospital bed, he said. Authorities let him go more than 48 hours after the initial arrest. They never read him his rights, nor apologized, he said.

“They accused me of being in the van and stuff and then they finally found the truth and turned me loose at the hospital,” he said. “They took the handcuffs off me and told me to leave.”

Leeper said that McDowell was driving a minivan during the traffic stop.