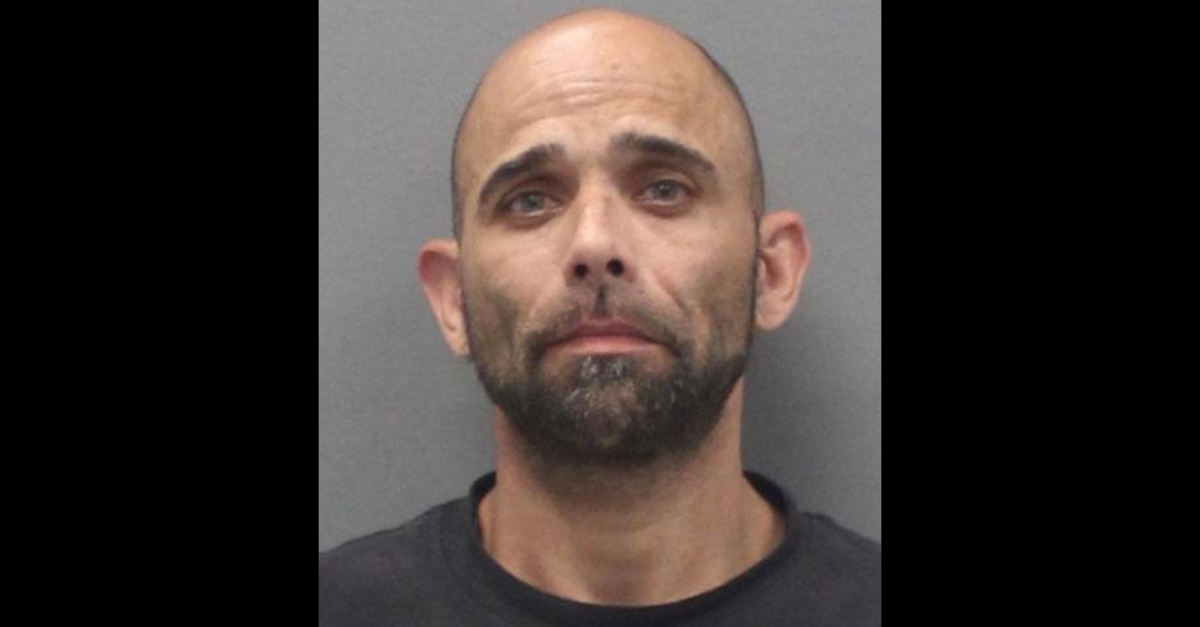 A man has been sentenced after he admitted to burning a cross on a Black family’s lawn. James Brown, 41, must spend 18 months in federal prison, according to the Department of Justice.

“When Brown burned a cross in the victim’s front yard, he carried out a despicable act of intimidation, interfered with a federally protected housing right, and broke a serious federal law,” Acting U.S. Attorney Daniel Bubar said on Friday. “Today’s sentence demonstrates that such threatening acts of hatred will be swiftly investigated and prosecuted. We thank the FBI and state partners for their hard work on this important case.”

Brown is the man from Marion, Virginia who was charged with burning a cross on the lawn of a Black, across-the-street neighbor on June 14, 2020. The neighbor’s son Travon Brown had organized a Black Lives Matter protest just hours before.

Over the decades, the Ku Klux Klan infamously committed cross burnings to terrorize Black people. At the time, Brown had allegedly crossed the street after the burning, asking if the victims were okay. It was an act.

According to a federal search warrant affidavit, a witness initially saw a “white, skinny man” walking away from the crime scene at the victim’s home to a peach-colored home across the street—namely, Brown’s home.

Another witness said that that someone asked Brown about the cross-burning the next day.

“Fuck those N*****s,” Brown said, according to the FBI affidavit, which included the uncensored racial slur.

“I did it,” Brown said, according to the witness.

Brown allegedly denied the cross-burning to investigators, claiming that he only heard something like a shotgun or firework. He acknowledged having a falling out with Travon’s mother Briggette Thomas.

“BROWN also discussed having a trouble relationship with Victim #1,” wrote the FBI. “BROWN stated he and Victim #1 were friends until he had an argument with Victim #1 involving a female friend of the Victim #1.”