Utah Man Killed His Ex-Wife, Told Children to ‘Close Their Eyes’ as He Led Them Past Her Dead Body: Authorities 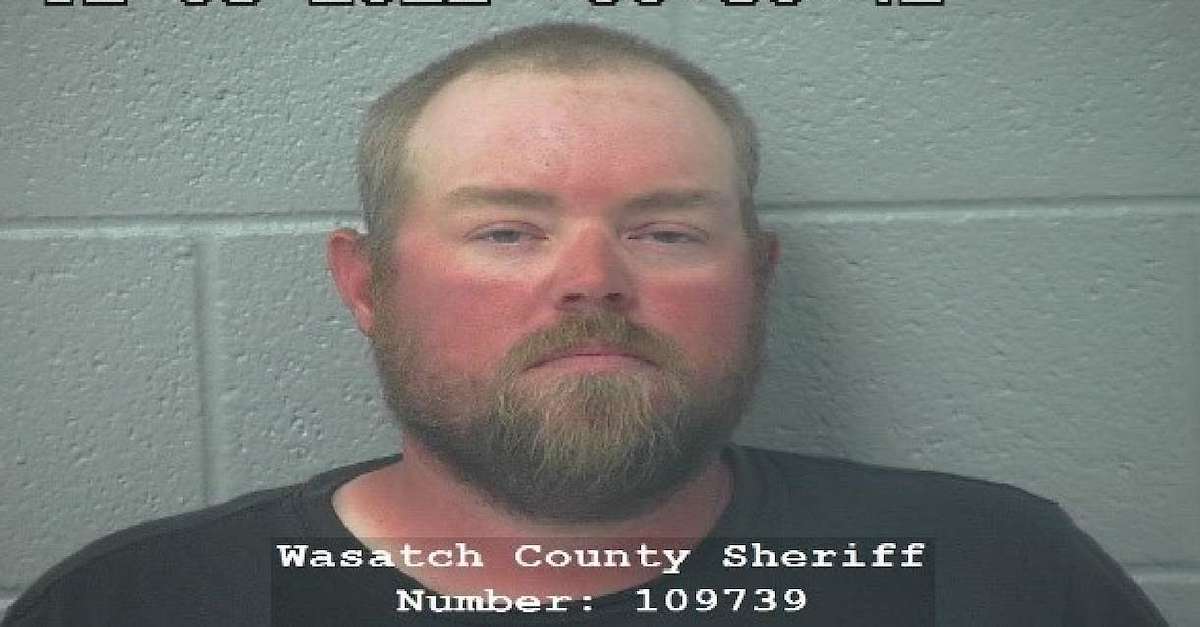 Law enforcement authorities are searching for a 35-year-old man accused of killing his ex-wife while her children were in the house. They say he told the kids to “close their eyes” while he led them past their mother’s lifeless body and out of the house. A warrant seeks Michael Grant Asman’s arrest for the murder of Julie Ann Burns, authorities announced.

In a Thursday press release, the Wasatch County Sheriff’s Office described the Asman as being 5 feet 6 inches tall and weighing 195 pounds. He has blonde hair and blue eyes and is “believed to be armed and dangerous.”

According to a report from Salt Lake City NBC affiliate KSL-TV, officers with the Heber City Police Department on Wednesday responded to a request for a welfare check at a home located in the 300 block of S. 500 East. The caller, Asman’s sister, reportedly told the emergency dispatcher that her brother was “acting weird and asked her to come get the kids.” The responding officers were reportedly unable to make contact with anyone at the home.

At 10:30 a.m. the next morning, officers responded to the home again after getting a request for a second welfare check. The second welfare check was reportedly requested by one of Burns’ co-workers after she failed to show up for work and could not be reached via phone. The coworker reportedly told the dispatcher that she went Burns’ home and when she opened the door she “noticed what she believed to be blood on the kitchen floor.”

Officers entered the home where they reportedly found Burns’ lying on the kitchen floor. She appeared to have sustained a gunshot wound to the head and was pronounced dead on the scene.

In an interview with investigators, one of Burns’ two children reportedly said that they were home with their mother on Wednesday when an armed Asman came to the house and began arguing with Burns.

“The child disclosed that they had seen Michael with a handgun. The child stated they were upstairs when they heard what they believed to be a gunshot,” charging documents state, according to KSL-TV. “The child said Asman then told the children to ‘come downstairs and told them to close their eyes’ as they walked out of the house. That’s when their aunt was called and came and picked them up.”

According to KSL-TV, Asman has a history of domestic violence against Burns. In June, he reportedly punched Burns in the face before getting in her car and trying to flee the scene while her children were still inside of the vehicle. Burns allegedly held onto the car door and was dragged alongside the moving vehicle.

Asman was arrested in June and Burns told officers that she was “afraid [Asman] will kill her by either beating her to death or shooting her. The victim claimed these are statements [Asman] has made in previous domestic violence incidents,” the charging documents reportedly state.

Burns also reportedly told police that several days before the June incident Asman also punched her in the face, causing her to go to the hospital. However, she told investigators that she lied to the hospital staff about how she sustained the injury because she feared Asman “would kill her” if she reported the domestic violence incident.

Authorities said Asman is believed to be driving a white, 2005 Chevrolet pickup truck with Utah license plates T287M. Anyone with information about Asman or the pickup truck is urged to call 911 or 435-654-1411.