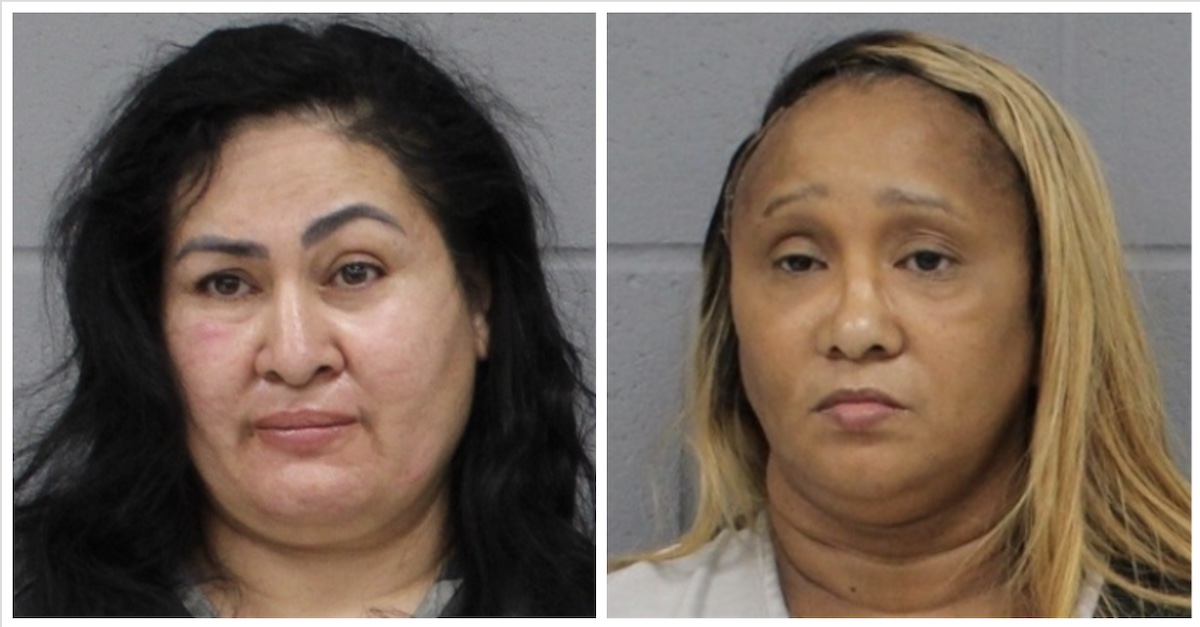 After law enforcement in Texas arrested two women on Tuesday for a bizarre assault and fraud incident at a hospital, authorities realized that the suspects were wanted for “fraud-related” incidents in several other states.

According to the Austin Police Department, Lus Dary DeSouza, 49, and Meeka Poteek Baker, 56, stood out to nurses at St. David’s Medical Center because the suspects were “acting strangely” and were unfamiliar to employees. DeSouza and Baker were allegedly wearing “wigs” and “blue scrubs” in order to “disguise their identity,” but their charade — combined with the way they were acting — drew attention to them instead of away from them.

Once on scene, two women were detained. They were both wearing blue scrubs and had wigs on to disguise their identity. The women were impersonating hospital personnel. The nurses working the floor thought that the two women looked suspicious because the nurses had never seen them before and believed the women were acting strangely. The nurses alerted hospital security who was able to locate the suspects. When the security guards stopped the two women, one suspect threw down seven credit cards and the other suspect began assaulting the security guards.

The two women face charges for assaulting a public servant and for alleged fraudulent possession of three nurses’ identifying information. Authorities said they soon learned that this was no one-off incident.

“Both suspects had multiple fraud-related felony warrants out of several states,” police said. It’s unclear at this time which other states were looking to arrest the suspects.

Authorities said the suspects were booked in Travis County.