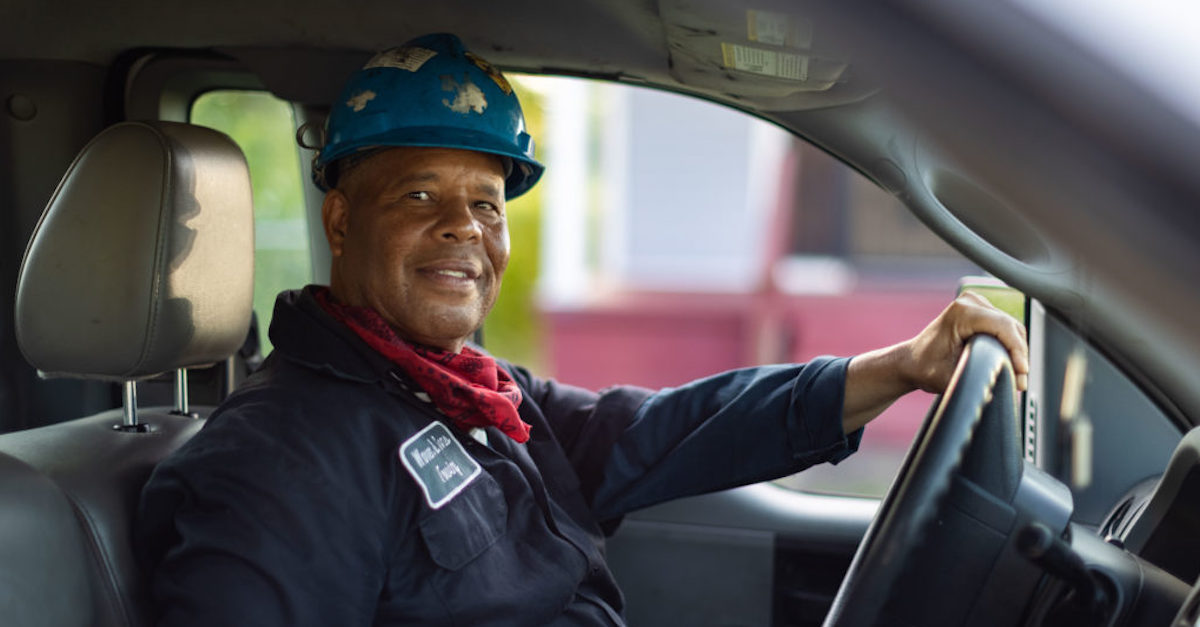 A New Orleans man has recovered his life savings from the federal government, almost a full year after it was taken from him—wrongly, his attorneys say—at an Ohio airport.

Federal agents seized nearly $30,000 in cash from Kermit Warren as he and his son, Leo Warren, were preparing to board a flight from Columbus, Ohio, to New Orleans on Nov. 4, 2020.

Now, almost a year later, Warren finally has his money back, but it’s not exactly a happy ending.

“As part of the settlement, Mr. Warren had to release all claims for damages in exchange for the prompt return of his money before the holidays (after the government held his money for the past year during the pandemic & Hurricane Ida—since Nov. 4, 2020),” Warren’s attorney Dan Alban told Law&Crime in an email. “The government was unwilling to reimburse him for his reasonable attorney’s fees, costs, or any other expenses or damages, and rejected multiple proposals that would have made him whole. Ultimately, Kermit’s financial situation became so dire that he was forced to accept the prompt return of his life savings in order to remain solvent.”

Kermit and Leo Warren had come to Ohio to purchase a truck for Kermit’s scrapping business, according to court filings. But the sale didn’t work out, so they decided to head home.

The TSA flagged Kermit for additional screening as he passed through security, and, according to the federal complaint, Kermit’s behavior was suspicious.

When agents asked Kermit about the money, “he became jumpy, presented a police officer’s badge, and stated that he was a retired police officer,” the complaint said.

That badge, it turned out, belonged to Kermit’s son; Kermit himself was not a police officer. Kermit’s lawyers later said he did this in a moment of panic, and that he “greatly regrets” trying to pass himself off as a police officer.

They had flown into Cleveland on Nov. 3 and were flying out of Columbus on Nov.4; Warren had bought two same-day, one-way tickets for him and his son to fly from Columbus to New Orleans; they didn’t have any luggage, only the cash, which was contained a paper shopping bag, according to the complaint.

“Illegal drug and drug currency couriers often purchase ‘quick-turn’ trips, which are trips with short stays in narcotic source or destination areas, as the nature of their business does not require more than a quick drop-off or pick-up,” the complaint said. Couriers also use one-way tickets, buy within 72 hours of travel, don’t carry a lot of clothing, and and depart from a different city than they one where they arrived, the complaint said.

Warren explained that he and his son had come to Ohio hoping to buy a truck for Warren’s scrapping business. Warren had lost his job due to the coronavirus pandemic and had planned to use his savings to buy a tow truck. Leo told officials that they flew into Cleveland because they didn’t realize there was more than one airport in Ohio.

Warren didn’t end up buying the truck because it wasn’t what he needed. According to his response to the government’s complaint, “it was heavier and built for towing more heavy duty vehicles than he had anticipated.”

Warren’s lawyers say that the federal complaint against him was “based on vague innuendo and baseless accusations that the money was connected to drugs,” said Andrew Wimer of the Institute for Justice, the libertarian non-profit law firm representing Warren, in a press release.

“[P]rosecutors agreed to dismiss the case ‘with prejudice,'” Wimer said. “This means that the government effectively admits that Kermit did nothing wrong and cannot re-file a forfeiture complaint in the future.

Alban said that while his client’s case is just one part of a larger problem of federal overreach.

“We’re relieved that Kermit is getting his hard-earned money back, but it’s outrageous that he was left destitute for an entire year for no good reason due to the callous, profit-driven actions of DEA and federal prosecutors,” attorney Alban said in the statement. “Kermit’s case highlights how the federal government abuses civil forfeiture. It seizes cash on the flimsiest of pretexts—traveling with cash at an airport—and effectively forces people to prove their own innocence to get their money back. And even in a best-case scenario, it can take over a year for them to get their property back.”

The Department of Justice did not immediately respond to Law&Crime’s request for comment on the case.

You can read the government’s complaint and Warren’s response, below.

[Image via Institute for Justice]