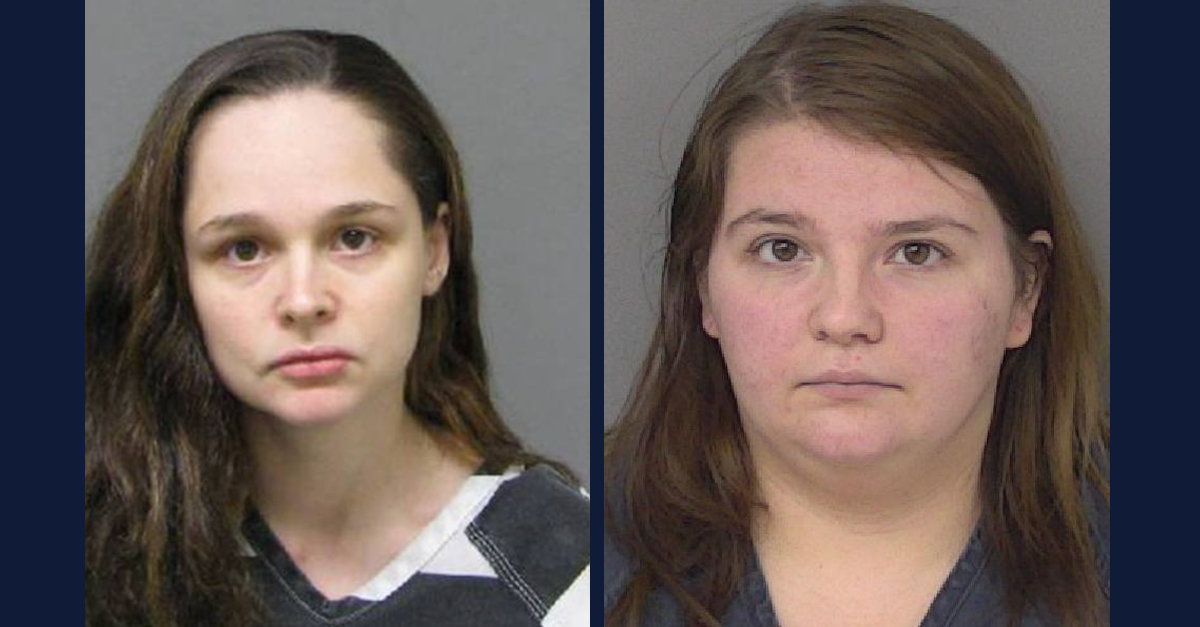 Two Ohio women were arrested in connection to a child abuse investigation on Friday, according to a local television report and jail records.

Amber Lynn Cave, 27, and Haley Jones, 29, were each arrested on multiple counts of endangering children and one count each of tampering with evidence, Clark County jail records reviewed by Law&Crime confirm.  Cave was additionally charged with two counts of kidnapping, those jail records show.

Online court records in Clark County, Ohio, only show two child endangerment charges against Cave; the new charges which resulted in the Friday arrests do not yet appear on the electronic docket.

According to the Springfield Police Department, an investigation into Cave earlier this year revealed that her two sons had been “very seriously” injured. She was arrested last month in relation to those injuries, the police said; Jones was also interviewed during that initial investigation.

On Saturday, April 16, a 911 call was made about a 2-year-old with a low body temperature, according to Dayton CBS affiliate WHIO. Officers responded to the scene just after 7:00 p.m.

Cave allegedly explained that the 2-year-old was in the bathtub when her 3-year-old turned on the cold water. The previously warm tub subsequently became extremely cold, the defendant said, according to the TV station’s account.

“Amber advised (the 2-year-old) was in the water for up to 15 minutes prior to her realizing it was ice cold,” court records cited by the TV station allege.

During the course of the investigation, police reportedly established that Jones, Cave’s roommate, called 911 after the two failed to warm the child back up on their own following the allegedly inadvertent icy bath.

The child, wrapped in blankets, was then reportedly taken to the Springfield Regional Medical Center. Police said that once the child arrived at the hospital it was determined he “appeared to be malnourished and badly bruised.”

Authorities allege the boy had “a large green/yellow bruise above his left eye” as well as bruises all over his body and a lump on his head,” according to the WHIO report.

Explaining the bruises, Cave allegedly told police that the 2-year-old bruises easily and has recently had several health issues. The defendant then allegedly mused that some of those health issues were possibly due to the boy not having seen his father in over a year.

“[S]he has no clue how long it’s been since (the 2-year-old) has seen a doctor, due to COVID,” according to court records which purport to recount a conversation between the boy’s mother and police.

Cave also explained that she is currently six months pregnant, the report indicates.

The 2-year-old was eventually transferred from Springfield Regional Medical Center to Dayton Children’s Hospital. After that, police checked on the 3-year-old boy and determined he needed help as well.

According to court records, officers “immediately observed a red mark on his forehead, large yellow bruising on his left cheek, a bruise near the middle of his back, and scratches on his right shin.”

At the second hospital, both children were admitted to the intensive care unit.

The 3-year-old was released a few days later into the custody of foster parents. The 2-year-old, however, will be in the hospital for an unknown amount of time. His medical issues were so severe that he required the installation of a feeding tube. Custody of the younger boy was granted to Clark County Job and Family Services.