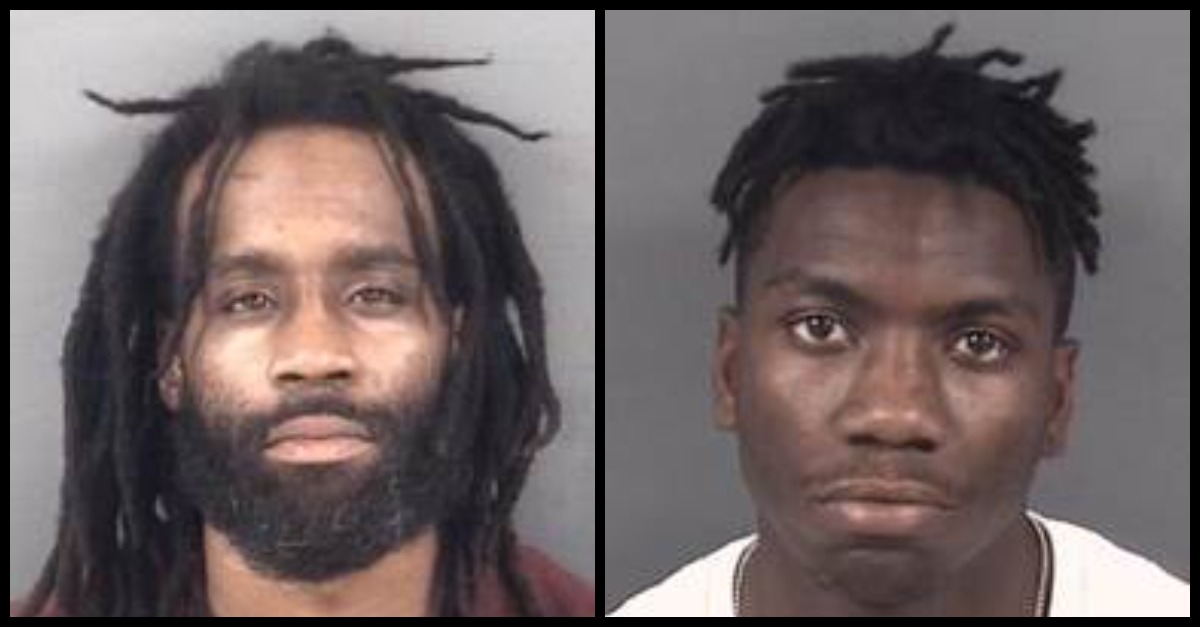 Ashanti Bellamy was shot and killed in the prime of her life in Fayetteville, N.C. in late May. The 22-year-old woman’s unborn child had yet to know life and never will; her three-year-old was left without a mother. Police now say they’ve got two of the killers in custody.

On Wednesday, Sincere Perry, 19, was arrested and charged with murder in the first degree, murder of an unborn child, attempted first-degree murder, robbery with a dangerous weapon, first-degree kidnapping, assault with a deadly weapon inflicting serious injury, felony conspiracy, possession of a stolen motor vehicle, and injury to real property, according to local ABC affiliate WTVD.

On May 17, sometime after 9 p.m., police say a shooting to facilitate auto theft occurred. Bellamy was reportedly discovered by responding officers lying in the road with multiple gunshot wounds. Her boyfriend was lying next to her and had been shot once. He would survive after being treated for his injuries at the Cape Fear Valley Medical Center.

Bellamy was later pronounced dead at the hospital.

According to an autopsy report obtained by The Fayeteville Observer, Bellamy was 18 weeks pregnant when she was shot in the back–likely fleeing from her assailants–and left to die in the middle of a road.

“Own up to what you did and that’s the only way that I feel my sister’s soul will rest in peace,” Temeka Bellamy, her sister, told WTVD.

“Senseless,” her mother Teresa Bellamy told the outlet. “I don’t know why it happened to her or for why, but it was senseless.”

“That’s disappointing to hear,” James Oliver, a neighbor cited by local NBC affiliate WRAL said after learning that Bellamy was killed. “I wish maybe I could have been out here, maybe done something. You never know in those situations. It’s always just sad to hear, and you wish that it had gone a different way.”

Eleven days later, the Fayetteville Police Department and several members of the U.S. Marshals Task Force arrested Raymond Earl Holmes Jr., 41, without incident. He was charged with murder in the first degree, murder of an unborn child, two counts of first-degree kidnapping, robbery with a dangerous weapon, felony conspiracy, attempted first-degree murder, assault with a deadly weapon inflicting serious injury and possession of a firearm by a felon.

According to the initial arrest warrant, Bellamy and her boyfriend Gharen Terry, 23, were attacked and forced into a black Mercedes by Holmes and another man who had yet to be identified. After that, according to an eyewitness account supplied by Terry, Holmes got into a gold Lexus and followed the man driving the Mercedes with the couple in tow. Bellamy and her beaux eventually tried to escape, eventually making their way out of the car.

Then the gunshots came.

Both defendants are being held in Cumberland County Jail.

They have both been denied bail.