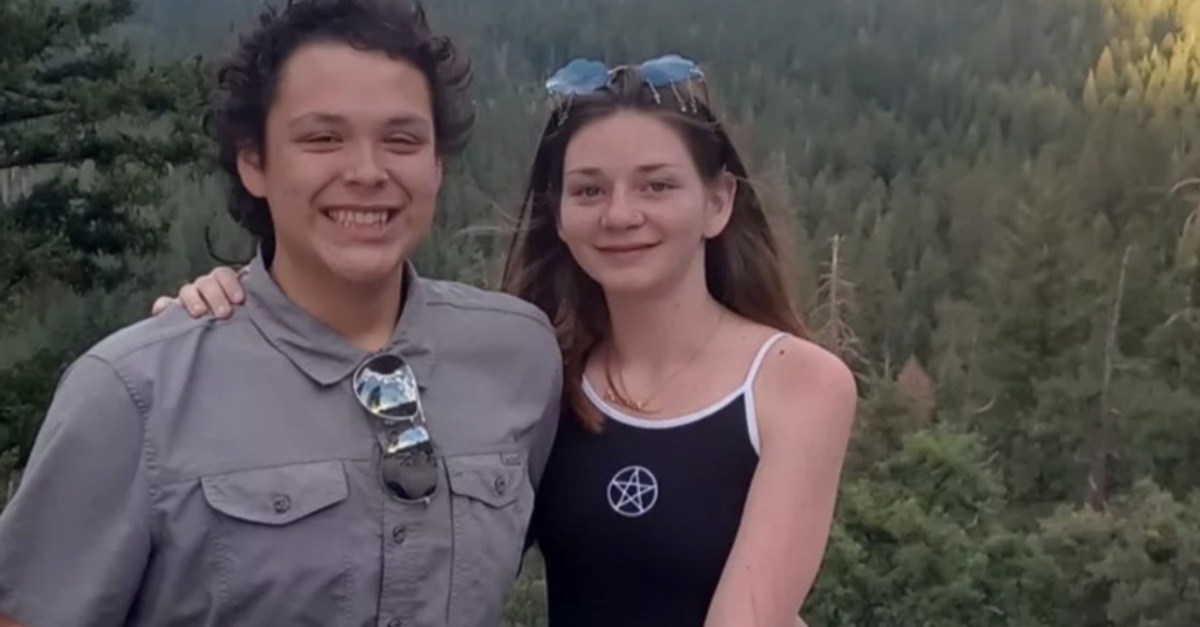 Alfredo Hernandez and Angela Pastorino, as pictured on a GoFundMe campaign raising money for their families.

An Oregon man has been arrested and charged in connection with the deaths of two 18-year-olds who were killed in a home.

Wesley Abel Brady, 41, stands accused of murder and aggravated murder over the death of Angela Alexus Pastorino and Alfredo P. Hernandez, whose bodies were both found inside of the home in question in Bend, Oregon on Wednesday.

Law enforcement were called just before midnight on the day in question. The homeowner reported that they had found a body in the garage, Bend Police Department (BPD) spokesperson Sheila Miller told Bend-based NBC and CW affiliate KTVZ.

After officers arrived and secured the crime scene, the BPD said, detectives discovered the second body.

According to police, an initial investigation revealed that the trio had been performing work around the home for the property owner the day before. Brady occasionally lived at the the house.

Late on Tuesday evening, after work, Brady, Pastorino, Hernandez and the homeowner began drinking alcohol, police told the TV station. But eventually, at some point, things went horribly awry, police say, with Brady and Hernandez allegedly getting into a physical fight, whereupon “Brady murdered both Pastorino and Hernandez.”

According to law enforcement, the defendant put both teens’ bodies in the garage before traveling to a property of his own in Christmas Valley, Oregon. Brady returned to the area as police were investigating and he was subsequently detained. The defendant was then quickly arrested and charged with a litany of crimes including one count each of aggravated murder, murder, strangulation first-degree sodomy, sex abuse in the first degree, abuse of a corpse in the first degree, and tampering with evidence.

Details are scarce in what is being referred to as a “complex crime.”

According to police, the causes of death are still being investigated and autopsies are going to be conducted to ascertain the exact ways Pastorino and Hernandez died. Both the home where the bodies were found and the property in Christmas Valley are being processed for evidence, Miller added, along with two vehicles.

A GoFundMe for the victims’ families mourns the pair as true friends:

Angela and Alfredo were inseparable. They were bright, loving teens with family and friends who adored them. Angela loved people almost as much as she loved dogs. Alfredo was known as a sweet, soft-spoken young man who was the first to volunteer to help with any task. They are both survived by their families, struggling to make sense of this tragic loss.

A service has yet to be planned, but both families have modest means. I know the heart of the Central Oregon community. We have it within our power to help support the costs of giving Angela and Alfredo a meaningful funeral and memorial. Please consider donating to help the families heal. All funds raised will be split between the two families.

The fundraiser characterizes the defendant as a “monster” and links to a 2018 KTVZ article noting he was charged with the arson of a historic building in 2018. Brady was given five years probation after pleading no-contest to the charges associated with that fire.

The accused killer is currently being held in the Deschutes County Jail without bail.